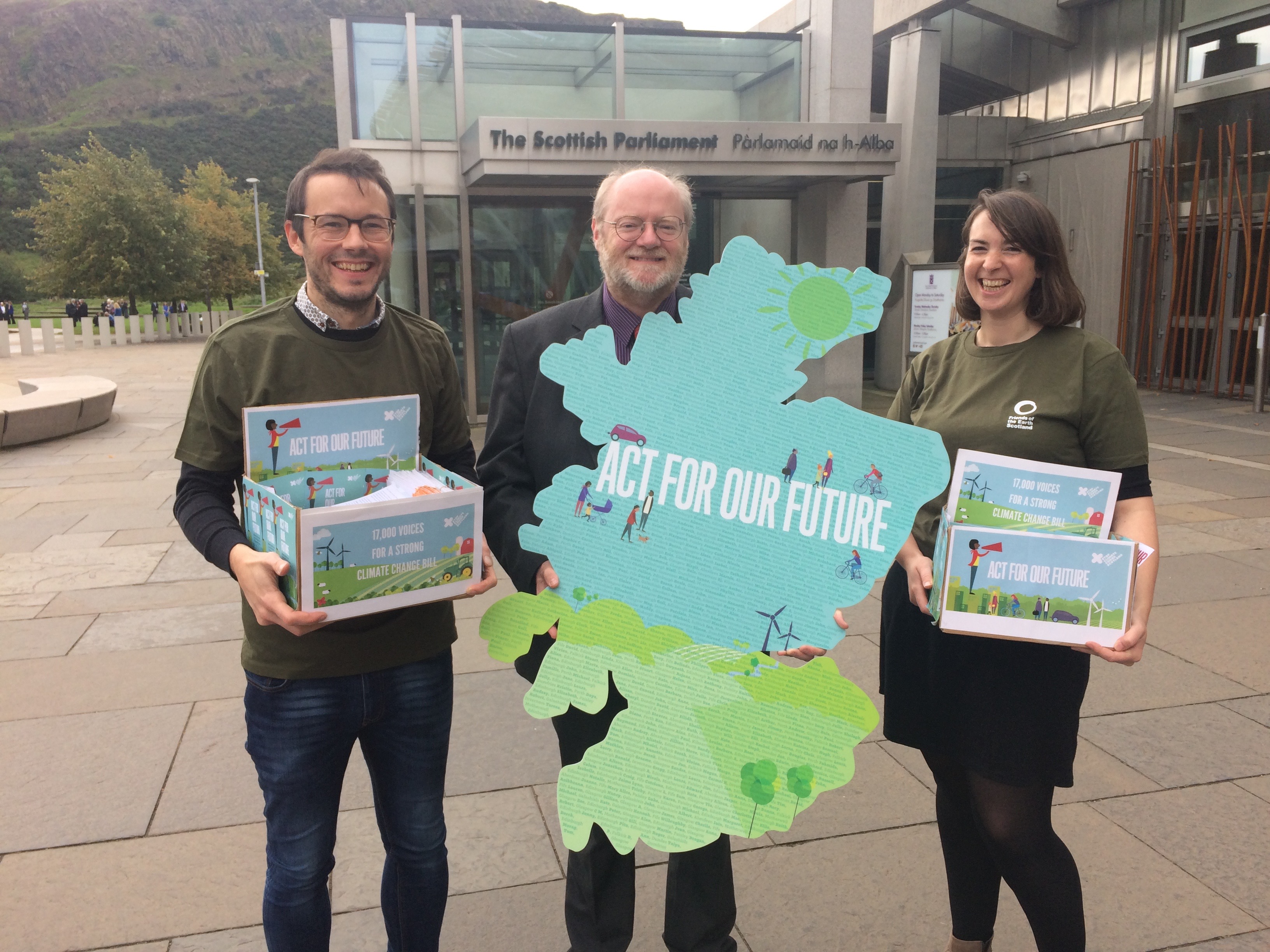 This Thursday will be the 25th anniversary of my first day at Friends of the Earth Scotland, so it seems worth looking at whether things are better or worse a quarter century later. Not surprisingly the answer is yes and no.

In 1994 average carbon dioxide levels in the atmosphere were just below 360 parts per million, which is about 28% above the levels before humanity started seriously burning fossil fuels. This year that figure is around 412, nearly 50% higher than the pre-industrial levels. Global emissions of climate change gases have increased by 60%, despite the Earth Summit in 1992 agreeing the first plan to stabilise and then reduce emissions. Of course, emissions have to not only stop rising, they have to actually be reduced to zero before the planet’s temperature stops going up.

In the last 25 years the number of animals on the planet has declined by about 20%, with a total decline of about 60% since 1970. The main causes are climate change, logging, mining, agriculture, pollution and over-fishing. There are a million species threatened with extinction and the rate of extinction is accelerating.

There have of course been some successes. Acid rain from industry and power stations has gone from wrecking forests across northern Europe to a minor problem today. The Montreal Protocol of 1987 has phased out the chemicals which were destroying the Ozone Layer. This is a big step forward but it will take until 2060 for the Layer to fully recover.

In Scotland in 1994 we had three coal-fired power stations and a gas-fired station. Now only the gas station at Peterhead remains and runs at much reduced capacity, with renewable electricity having replaced the fossil fuelled output.

Our transport habits have mostly moved in the wrong direction. Compared to 1994 we drive 30% further, take nearly two and a half times as many flights, take 25% less journeys by local bus but take 75% more train journeys. We are missing our target for cycling by miles. But we also have a great commitment to phasing out fossil-fuelled cars and vans by 2032.

The politics of the environment has changed markedly. In the 90s life was simple but frustrating. There was no-one but us talking about climate change. Scottish Ministers were MPs who spent most of their time in London. The Government announced something and we said it was rubbish.

Now we have a Scottish Parliament, the excellent 2009 Climate Act and a new one brewing. Every night the news has a story of climate disaster somewhere in the world. Every political party says they are serious about climate change.

And most recently we have the inspirational school strikes, as well as Extinction Rebellion, bringing many new people into action on climate change.

So are things better or worse? Significantly worse in terms of the state of the planet and nature. Worse in terms of our transport choices. We are doing really well in changing our electricity system, but have a long way to go for the energy we use for heating and transport. There has never been so much public pressure to act on climate change. And, at least in Scotland, we are doing really well in terms of political interest in climate change. But we are not yet doing nearly well enough in terms of the urgency and strength of action needed.

Twenty-five years on, the runaway train is still accelerating towards the buffers but there has never been more hope that we might actually stop it.

Dr Richard Dixon is Director of Friends of the Earth Scotland. A version of this article appeared in the The Scotsman on Tuesday 6th August.