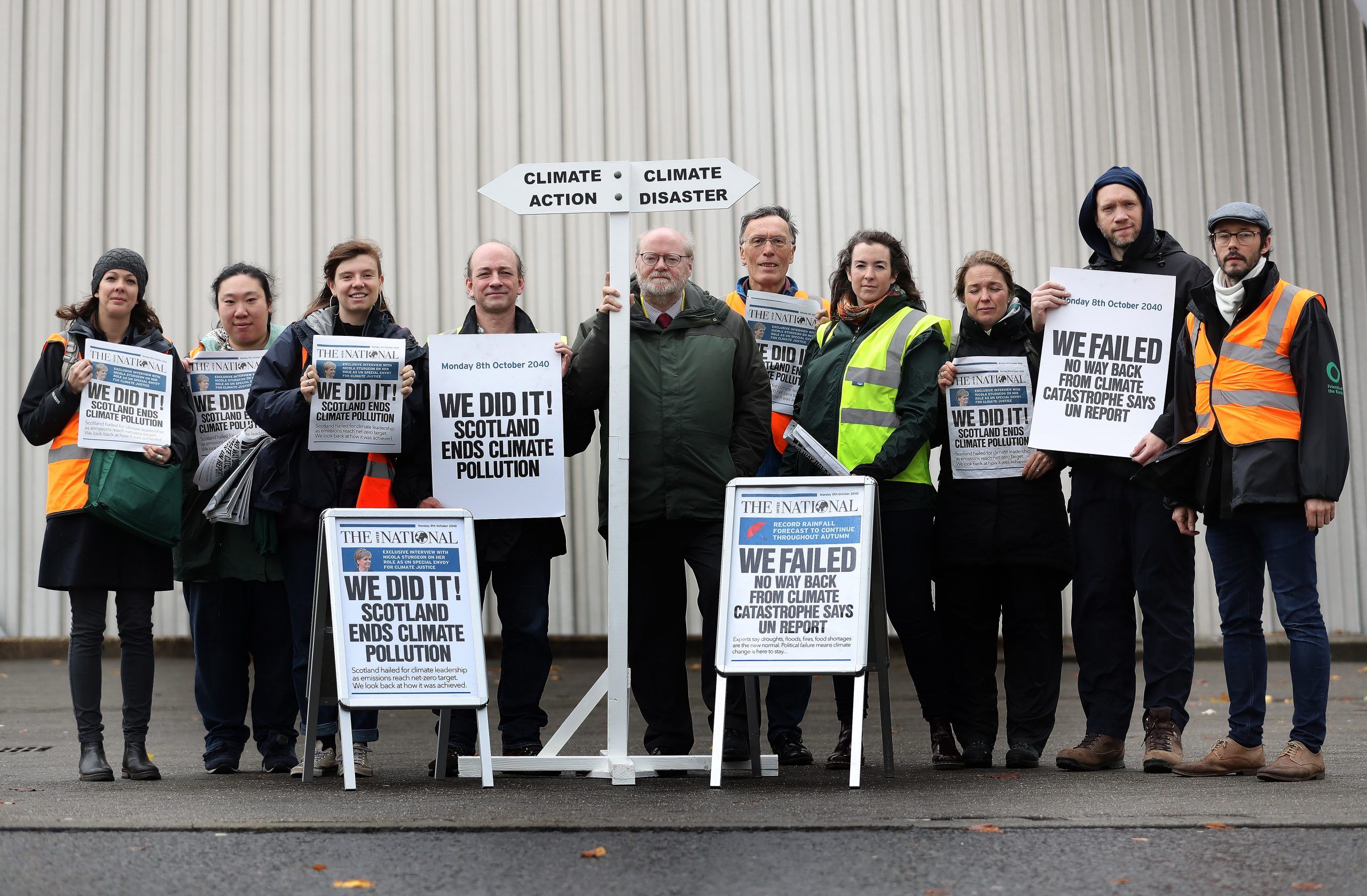 30 years of progress is still not enough

Today is my last day at Friends of the Earth Scotland, after 30 years in the Scottish environment movement.

There has been good progress in those three decades and the environment and climate change have moved from fringe concerns to mainstream issues. But we are still not doing enough.

This is my second stint at FoES, after ten years away leading WWF Scotland. It has been an exciting time, with two Climate Acts, Low Emission Zones for air pollution in four cities, the ban on fracking, seeing off new nuclear plans and a coal-fired power station proposal for Hunterston, the end of the Cambo oil proposals and getting government to start taking Just Transition seriously.

But all this progress has only slowed our slide towards disaster.

When I started at FoES, average carbon dioxide levels in the atmosphere were 25% above the levels before humanity started seriously burning fossil fuels. Today levels are 50% higher than pre-industrial levels.

Despite the Earth Summit in 1992 agreeing the first plan to stabilise and then reduce emissions, and nearly 30 UN climate meetings since then, global emissions of climate change gases have increased by 60%, because we keep burning those fossil fuels.

Since 1970 the number of animals on the planet has declined by about 70%, with a million species threatened with extinction. In Scotland we rank 28th from the bottom of 240 countries and territories for the intactness of nature.

Of course there has been some good progress. Acid rain from industry and power stations has gone from wrecking forests across northern Europe to a minor problem today.The Montreal Protocol of 1987 has phased out the chemicals which were destroying the Ozone Layer.

Now only the gas station at Peterhead and the reactors at Torness remain, with renewable electricity having filled the gap. The equivalent of 98.6% of the electricity we use was generated by renewables in 2020.

On climate change, we have had two Climate Acts with many strong elements, the youth climate strikes with 25,000 people marching through Edinburgh in 2019, the UN Climate Conference in Glasgow last year with 150,000 people from across the world marching through a storm, in the biggest climate march the UK has ever seen.

60,000 people said no to fracking, with nearly 40 protest groups across the country, resulting in a ban.

On air pollution, a Low Emission Zone is up and running in Glasgow and three more cities will have them soon, along with other ambitious commitments on changing road transport.

The politics of the environment has changed markedly. In the 90s life was simple but frustrating. There was no-one but us talking about climate change. Scottish Ministers were MPs who spent most of their time in London. The Government announced something and we said it was rubbish.

Now we have a Scottish Parliament and every political party says they are serious about climate change.

But saying you are serious is not enough. The progress so far is welcome, but it is not enough. We need much more action if we are to head off climate disaster.

Dr Richard Dixon is Director of Friends of the Earth Scotland (until the end of the day). A version of this article appeared in The Scotsman on Thursday 31 March 2022.


FoES in the process of recruiting a new Director. Alice, Kerrigan and Mary, as members of the senior management team, will be Interim Co-Directors until the post is filled.