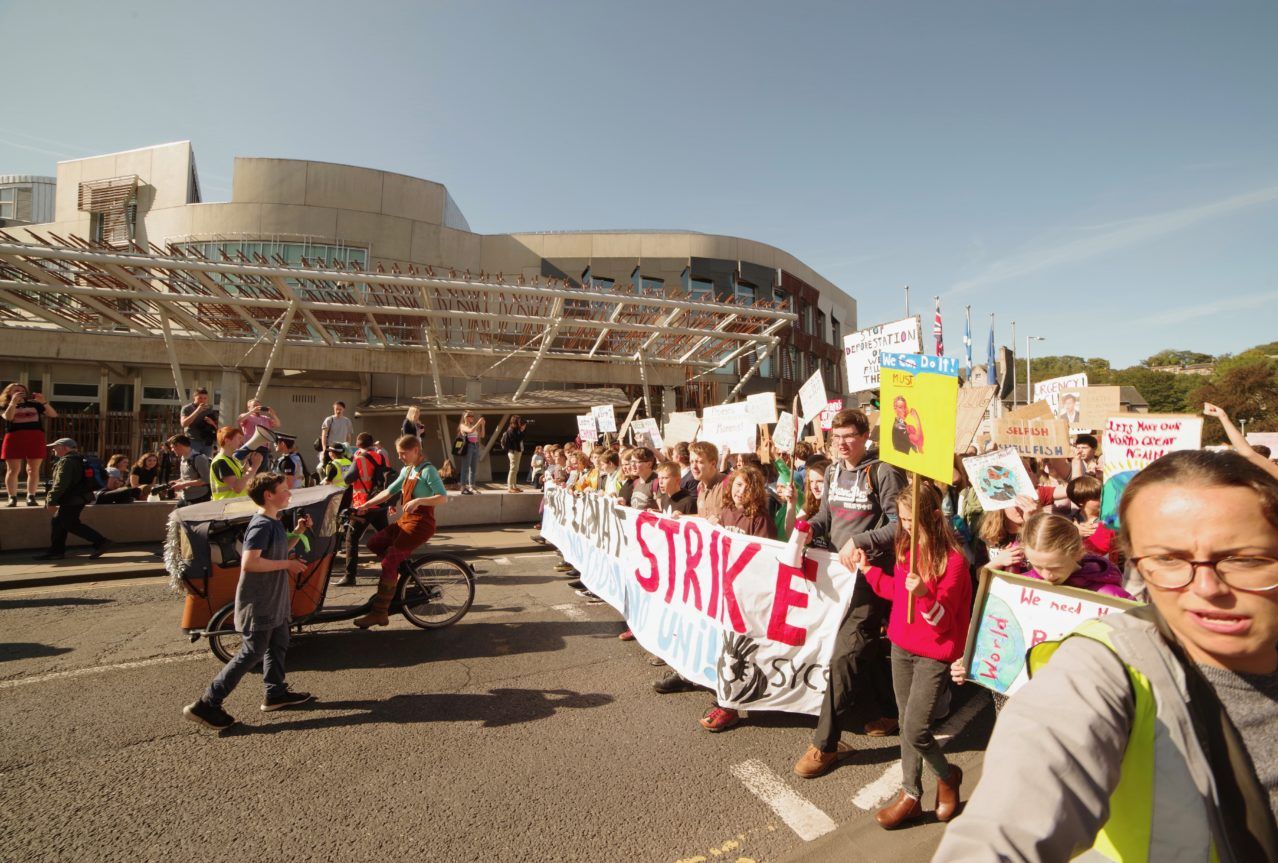 Battles lines are drawn for climate fight at Parliament

After Friday’s amazing global rallies on climate change, the battle lines are now drawn for the most important decisions the Scottish Parliament will make for a decade.

Tomorrow all of our MSPs get to debate the final form of the new Climate Bill. Their decisions will send it on its way to the Queen to become law. The last time Parliament voted on a climate law was in 2009.

The hopes of most of the 40,000 people who took part in the Scottish climate strikes on Friday hang on a few hours of debate about a number of rather dry amendments. The final Act could be great but it is much more likely to be a mixed bag of good things and lack of short-term ambition.

There are lots of good detailed measures in the draft Bill from both the government and individual MSPs.

Counting the cost of flying

An example is a commitment to take expert advice on the value of the aviation multiplier. This obscure concept is very important indeed. The aviation multiplier is a number you multiply emissions from planes by to allow for the fact that they cause more damage at height than the same emissions on the ground. Although the government was forced by the 2009 Act to use a multiplier, they immediately set it at one, so eliminating its usefulness. When the provisions in the new Bill oblige them to ask what the value should be they will be told to make it at least two. All emissions from flying will suddenly, quite rightly, become twice as big as previously, focusing proper attention on how huge a problem aviation really is.

Another important step forward is the commitment for Scotland to have no net emissions by 2045. We would have preferred 2040 but this is still a very important, long-term signal of serious intent on climate change, and one of the best climate commitments in the world.

Sadly the 2030 target of a 70% reduction is another story. What we do in the next decade is much more important than where we are aiming in the long term. A strong short-term target drives strong action, a weak target blocks action. If emissions end up where we expect in 2020 the 2009 Climate Act would mean we had to reduce emissions by 67.5% by 2030, so the government’s proposed 70% – an extra 2.5% over the next decade – is hardly the spur to radical action this time of officially-declared Climate Emergency obviously requires.

On the table tomorrow will be an amendment to increase the 2030 target to 80% from the Scottish Greens, the level supported by the Stop Climate Chaos Scotland coalition. If, sorry, when, this is defeated there is an amendment for a 75% target from Labour. This is supported by the LibDems, whose UK conference voted last week for the same target for the UK to be their official aim. Three parties will vote for this but it seems likely that the SNP and Tories will defeat it.

The day the 2009 Bill was voted through was a triumph. We really did have the best climate legislation anywhere in the world and we had targets that seemed at the time to be up to the job. A decade later the accelerating pace of climate change, our better understanding of the science and the continuing lack of action by some major countries mean we need to aim much higher if we are to contribute our fair share in the war on climate change and deliver for the people who turned out on Friday.

Email your MSPs now to demand they improve the Bill

Dr Richard Dixon is Director of Friends of the Earth Scotland. A version of this article appeared in The Scotsman on Tuesday 24 Sep.