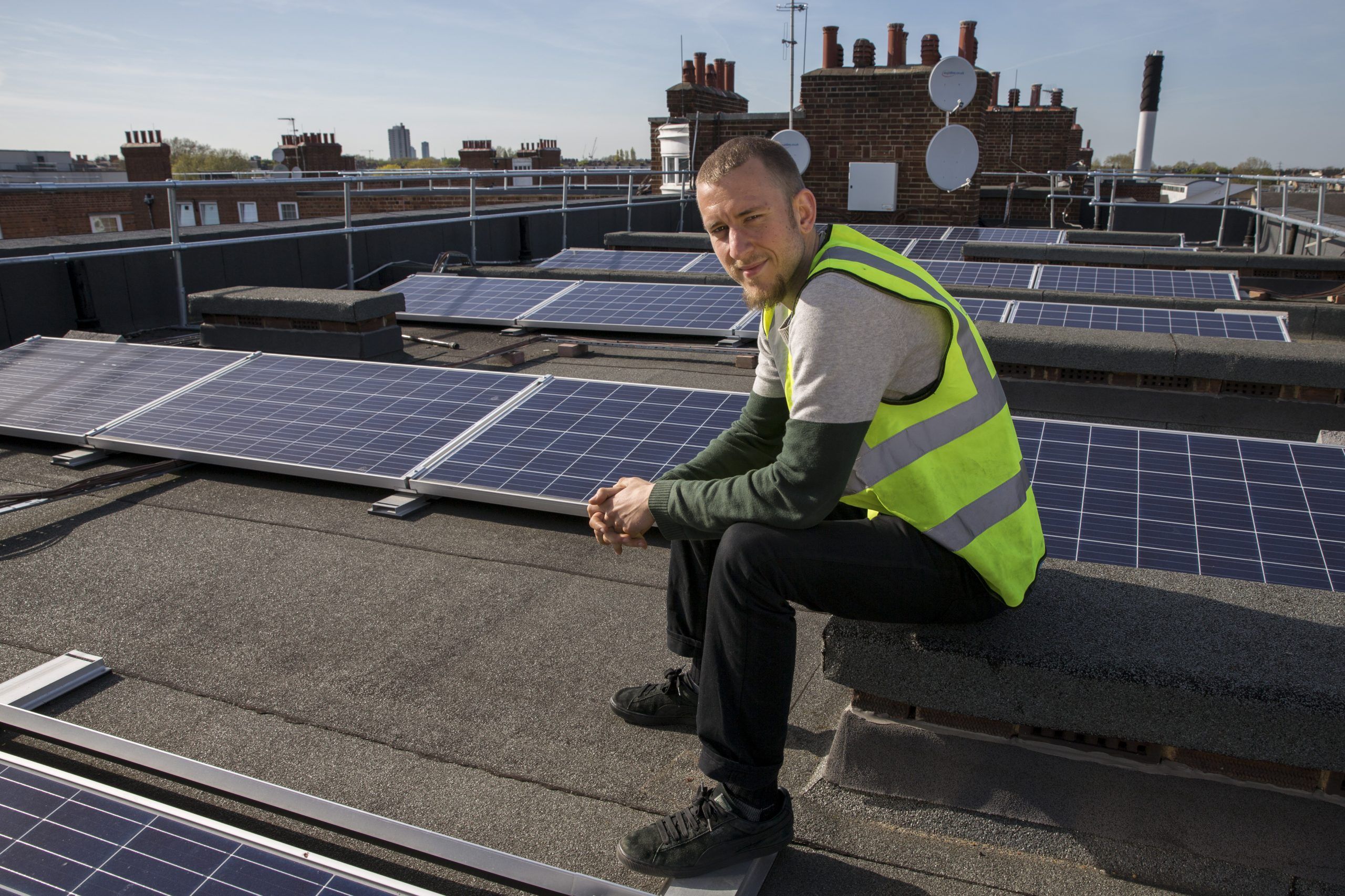 Can councils change our energy system?

In February, people across the UK got the news that the price cap on energy would go up for a typical household from £1,277 a year to £1,971 – a staggering rise of over 50%. On the same day, oil company Shell announced they’d cashed in from the fossil fuel price rise driving the price cap changes – their profits were $19.3bn in 2021 alone.

Our broken energy system is never far from the news. It’s destroying our climate, pushing people into poverty and is being weaponised in the devastating Russian invasion of Ukraine. The energy we all rely on is out of our control, with private companies profiting at every stage; from the generation of the energy, the distribution across the country and then in selling it to households. However governments, and our local councillors, can change that.

Underneath the headlines, there are councils in Scotland forging a new way to manage energy. Instead of relying on private companies, they are investing in renewable energy projects and in doing so, demonstrating the alternative to our current broken system: public energy run for people and the planet.

The Public Green Energy in North Ayrshire and Stirling

In North Ayrshire, the local council has announced three separate renewable energy projects. With two solar farms already in development on former landfill sites, new plans are now in place to build three wind turbines and a further solar farm on a third site. Once operational, these council-owned renewable energy developments are expected to generate 277% of the energy used by the council, while providing a surplus of £25m to be reinvested into the local area. Instead of payouts to shareholders, 15% of the income from all of the projects is to be made directly available to community groups in the area.

In Stirling, the local authority has tackled fuel poverty with a massive rollout of solar panels on council houses. A report from 2020 found that one in 10 homes in Stirling had a solar panel, with 95% of those installed by the local authority on their council homes. Only Peterborough has topped this achievement across every town and city in the UK. The early efforts made to improve energy efficiency and cut bills are bringing real benefits to people who are on the lowest incomes.

The transformation we need to tackle climate and social injustice

We must transform our approach to energy in order to make the system fairer and more democratic while tackling the climate emergency. Public ownership in the energy sector can drive new renewable generation, cut bills and put the real power closer to people’s hands. The examples of Stirling and North Ayrshire demonstrate what is possible and the type of leadership we need to see from all local authorities.

The Scottish Government recently abandoned a 2016 pledge to create a public energy company despite support from environmentalists, trade unions and community groups. There is an opportunity for the government to support and encourage more projects like those mentioned above. If they can invest in renewable energy installations and then bring the benefits straight to communities around them, so can the Scottish Government.

Publicly owned renewable energy is a crucial part of the solution to climate and social injustice. Instead of an energy system which exacerbates and profits from devastation for people and the planet, we can build something better in its place. With Renfrewshire Council announcing they will follow the success of their North Ayrshire neighbours by building a solar farm on a former landfill site, local authorities across Scotland are seeing the opportunity to play a massive role in building a renewable energy system that works for all of us.

Read our council manifesto
Donate to our work
This site uses cookies to store information on your computer. To find out how we use them please view our Privacy Policy.Accept AllNo Thanks
Manage consent