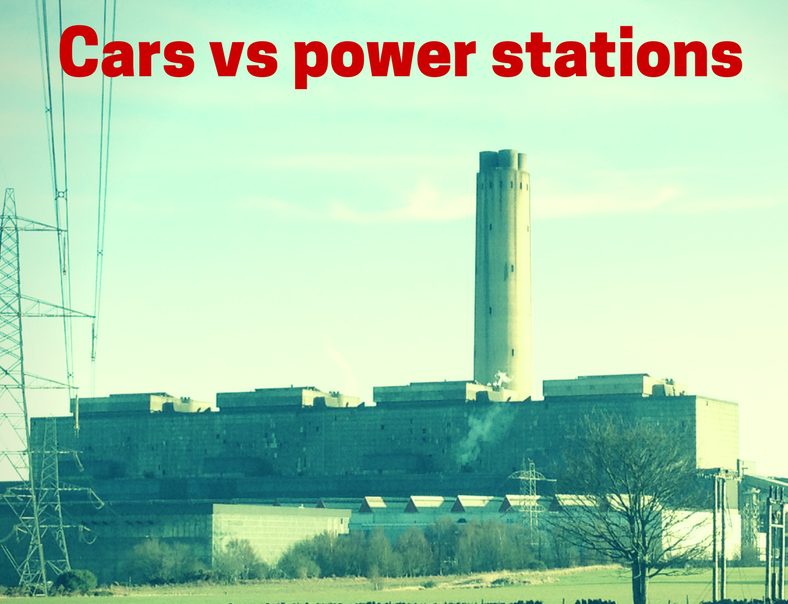 Last week the Scottish Parliament debated the Scottish Government’s draft climate change plan. The plan is supposed to show how each sector of the economy from transport to farming, from buildings to big industry, is going to help reduce Scotland emissions to two-thirds of 1990 levels by 2030. Four committees of MSPs have done a great job interrogating the plan and the debate was based on their findings. 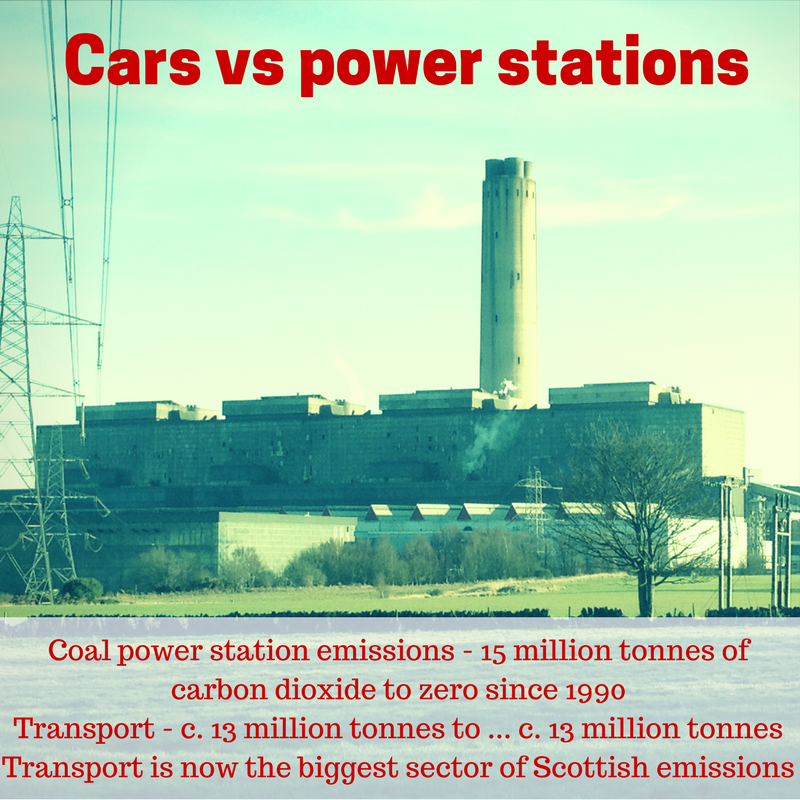 The committees found things to welcome but also called for a lot more work to be done to get the plan into shape. The transport proposals came in for particular criticism. The Transport sector is the largest sector of carbon emissions for Scotland, producing more than a quarter of all emissions in 2014 and has seen no significant reduction in emission since 1990, while overall emissions have fallen by over 45%. Our two coal-fired power stations at Longannet and Cockenzie produced about the same emissions as transport in 1990. They are both closed but cars, lorries and planes are still producing the same – less from each individual vehicle but traffic growth has wiped out any gains from efficiency improvements.

The 2009 Climate Act requires Scotland’s emissions to reduce by at least 3% every year from 2020, but the actions in the new plan would see transport emissions falling at less than half that rate.   Perhaps we should celebrate the idea that transport will actually do something about emissions at last, but when you look at the details you find that the plan is basically to let traffic grow, mostly ignore walking, cycling and public transport, and hope that changes in technology will save us.

A major problem is the starting assumptions about how we’ll get about in the future. Transport Scotland’s traffic model says there will be 27% more miles driven in 2035 than today. When the government published a 2006 transport strategy it predicted that traffic levels would grow by 22% between 2005 and 2015. The actual growth in traffic levels was 6%. An earlier plan had a similarly wild prediction. The fundamental assumptions used to create the transport numbers fed into the climate plan are clearly nonsense.

We know that preventing traffic growing is the best way to avoid spending billions on new roads and bridges. Yet Transport Scotland don’t seem to have had the slightest interest in how to head off demand or encourage walking, cycling or public transport. Helping people to make different transport choices also contributes to improved air quality, more active people and healthier local economies, as well as reduced climate emissions and congestion. When the plan came out in January the tabloids screamed about congestion charge, charges to park at work and 4x4s being banned from urban areas. We should be considering all these things, but sadly they are not in the climate plan. Technically the idea of workplace parking charges does get a passing mention but there is no commitment to it and it wouldn’t even be possible without passing a new law.

The modelling suggests no growth at all in the use of buses – presumably because everybody is expected to have at least 3 cars by 2030. There is a commitment to electrify more of the rail network, but at the rate proposed it would be 2140 before the whole system was converted.

European car standards are supposed to help reduce emissions. Even though they won’t apply soon. And 40% of all new cars sold will be ultra-low emissions by 2032. Yet the government’s own climate advisors said we should aim for 65% by 2030 and Belgium, the Netherlands, Germany and Norway are all discussing targets of 100% by 2025 or 2030.

On walking and cycling there is nothing significant new and it is pretty obvious that Scotland doesn’t have a hope of delivering the ‘vision’ of 10% of all journeys by bicycle by 2020, when the current rate is more like 2%.

There are things to fix on agriculture, industry and buildings too, but the car-obsessives at Transport Scotland clearly need to try a lot harder, with more measures to support walking, cycling and public transport. And even more electric cars please, but less cars overall, or this plan will have failed.

This blog appeared in Scotland on Sunday on 19th March 2017