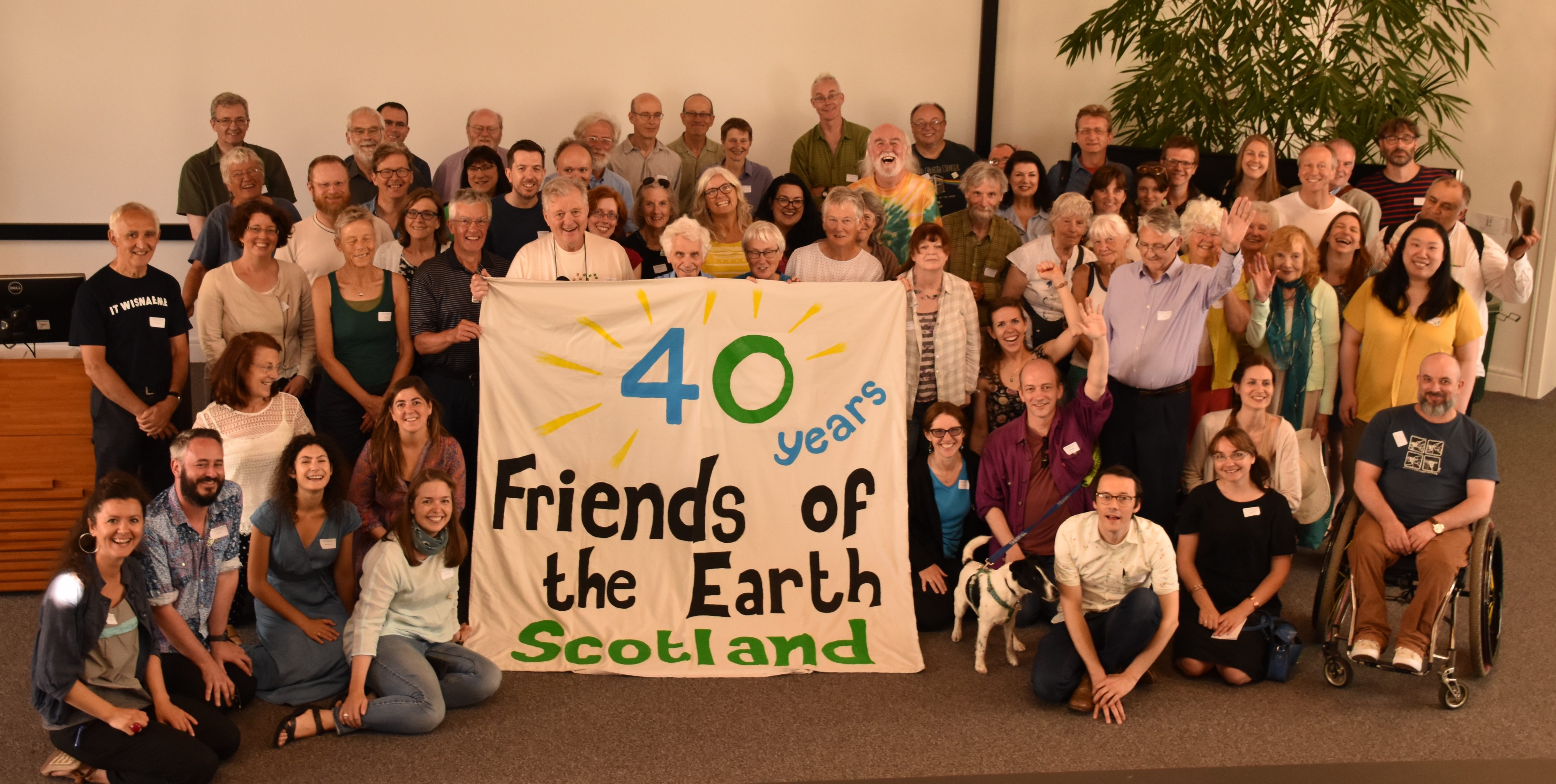 As Friends of the Earth Scotland turns 40 this year, we’re hosting a few events to mark this milestone and celebrate our wonderful members without whose support so much of what we achieved would not have been possible.

Following a wild and wonderful ceilidh in March, we hosted a special 40th Anniversary Garden Party in June at the beautiful Botanical Gardens in Edinburgh. We were delighted to be joined by the Chair of FoE International, Karin Nansen. A founding member of Friends of the Earth Uruguay, formed in 1988, Karin remembers meeting our founder Mairi MacArthur at her first FoEI meeting! She has worked side by side with peasant women, agroecological processes and in defence of native seeds in Latin America.

Karin spoke about the work of FoEI and the contribution of FoES to that work down the decades. She said FoES were one of the first northern groups to embrace the concept of environmental justice and more recently, how our linking up with unions to talk about how we transition to a new economy after fossil fuels in a way that is fair to workers and communities is leading important work within the rest of the federation.

Her inspiring speech reminded us that our ability to do what we do should not be taken for granted: “Every day human rights defenders are being threatened and killed around the world. We need to defend the rights of those who defend our environment and our rights.” She drew on the importance of linking environmental, social and gender justice in our work: “Women are often leading these struggles and bearing the majority of these impacts.”

Karin talked about the challenge of climate change, corporate power and environmental destruction but was firm in her belief, and the FoE network’s belief that “The real solutions are coming from the people. We can build new relationships with the environment and with each other.  Our commitment to justice is fundamental and aims to get to the root of the problem.”

We were also joined by our first full time Campaigner and later Co-ordinator Xanthe Jay who talked about what it was like working in an earlier incarnation of FoES, the technology (or lack thereof by today’s standards!), the camaraderie and the hilarious stunts in a bid to get environmental problems into the newspapers. One particularly memorable stunt involved sending a delegation of kilted young men accompanied by a piper down to Taplow, Buckinghamshire, to plant a miniature pine “forest” on Terry Wogan’s lawn in protest of his tax-evading investments in Scottish monoculture plantations – “the press absolutely loved it!”. What makes FoES campaigning  effective, Xanthe said, was “a fearless indifference to the norms of good behaviour.”

Xanthe concluded with an impressive list of the achievements for the decade she spent at FoES but reminded us that “It isn’t the single campaign successes that really matter, it’s the fact that over 40 years FoES has built a coherent and effective voice that speaks up for the wild spaces, the threatened rural communities, the children breathing noxious car fumes on their way to school, a voice that challenges the misuse of natural resources or disputes simplistic assumptions about economic growth.”

A celebration of Friends of the Earth Scotland over the years

In the audience were several FoES members who had been with us since our very beginnings in 1978. They shared their tales of campaigns in the early years, including frustration over setbacks as well as joy over hard-won victories. The afternoon felt really special, with a warm message from FoES founder Mairi MacArthur, who couldn’t make it to the event, and lots of laughter and reminiscing.

While we haven’t won all the fights yet, our organisation and movement is stronger than ever – fit for the next 40 years fighting for environmental justice!

Be a part it: join us today! 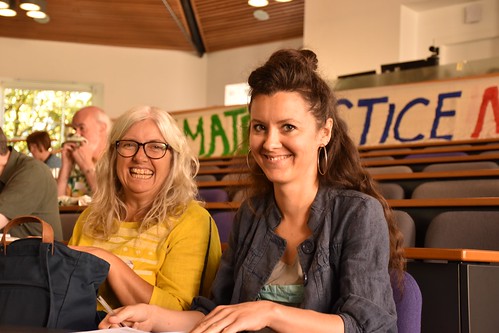