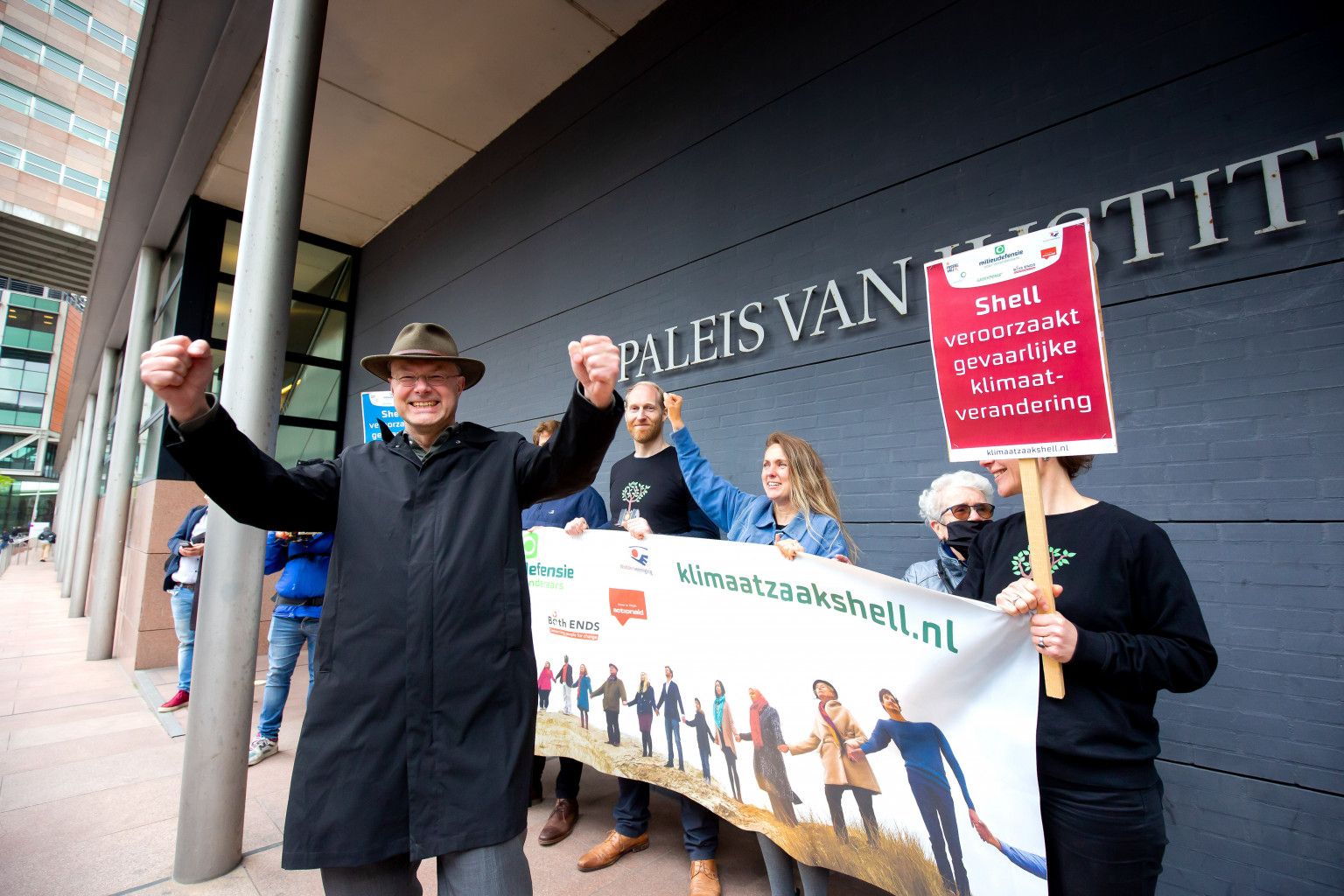 Climate change catches up with the oil industry

Last week a Dutch court ruled that Shell needs to plan to drastically reduce the climate emissions it is responsible for. This is the first time a company has been held liable for causing climate change anywhere in the world and could open the door to similar challenges around the world.

The court said that Shell’s plans to keep on pumping oil were incompatible with the action needed to tackle climate change.

The case was led by our Dutch sister organisation Milieudefensie along with 17,000 Dutch citizens as co-plaintiffs and six other organisations. The judgement requires Shell to reduce its carbon dioxide emissions by 45% within 10 years, starting now. This means they will need to reduce emissions at about the same pace as Scotland’s national targets require.
Shell have of course said they will appeal but they will also need to get on with drawing up plans to meet this new target.

Crucially it is not just Shell’s direct emissions that must be reduced but the emissions resulting from their customers’ use of their products. The oil industry has always tried to escape any responsibility for the use of oil and gas products – if you fill up a car with petrol and drive about that’s your responsibility, nothing to do with the likes of Shell or BP who made the petrol.

If Shell were to reduce emissions from its rigs and refineries to zero this would knock only a few per cent off the emissions they are really responsible for.

This is the same trick our own North Sea oil industry is trying to pull, promising to reduce the emissions from extracting and processing fossil fuels but ignoring the 30 times bigger impact of actually burning the damn stuff. Now Shell will have to come up with a plan that transforms both its business and the impact of its customers.

Governments in Ireland, Germany and the Netherlands have already been forced by courts to take more action on climate change and a UK court case has recently been launched to challenge government financial support for the oil industry. But this is the first time a company has been held liable.

The Netherlands, along with Denmark and France, has laws which hold their companies account for their actions anywhere around the world. You could argue that this made the chances of success higher in a Dutch court than elsewhere, but similar rules are brewing at the European level and the judgement in the Hague was based in part on the threat of human rights violations, a case which could be made anywhere.

Also last week, in more bad news for the oil industry, an activist group helped get two pro-climate people on to the Board of Exxon, and an Aberdeen Chamber of Commerce survey found that 75% of current oil and gas sector contractors expected to transfer into renewables over the next few years.

The Dutch court concluded that although the targets in the Paris Agreement apply to governments, they are impossible to meet without action from companies. If this can happen to Shell, the biggest European oil company, every other oil company in the world must be terrified.

Dr Richard Dixon is Director of Friends of the Earth Scotland. A version of this article appeared in The Scotsman on Thursday 3rd June 2021.