‘We are here to implement the Convention, not to re-write it’. The words of India’s Environment Minister neatly sum up the position of global South countries as the UN climate negotiations in Lima near their scheduled end. 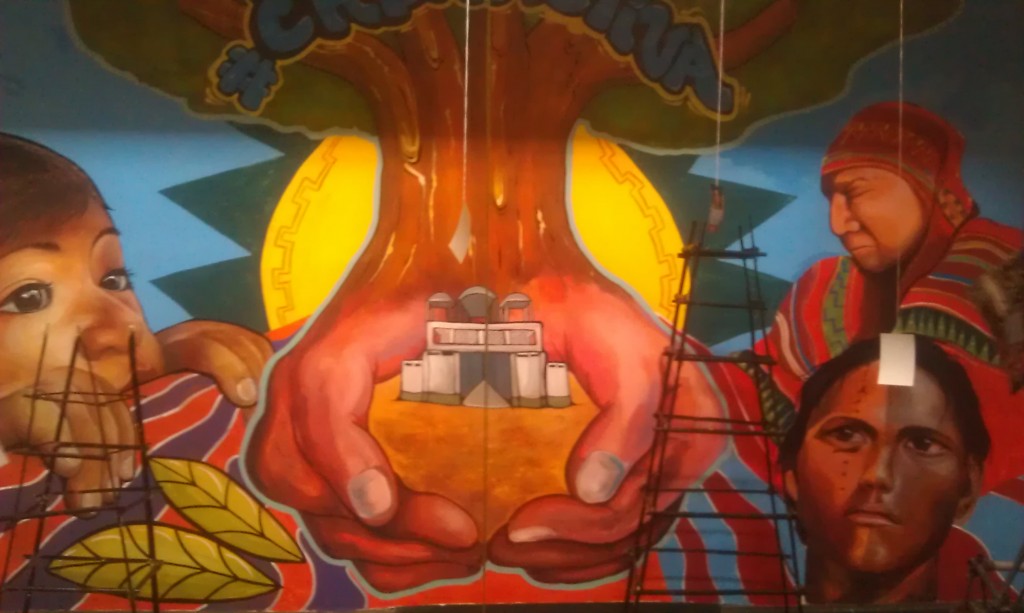 But following a sustained attack by a predictable gallery of rogues (the USA, Australia, UK, Poland, Norway, Switzerland to name but a few) the fight about the scope of the Lima decision is pretty much stuck where it started, and negotiators are bracing themselves for serious overtime.

The drama that unfolded yesterday is ominously reminiscent of Copenhagen in 2009 – remember, the talks that were billed as a last chance to save the planet, but world leaders couldn’t quite bring themselves to do it? – as a ‘secret’ text was accidentally leaked on the official website triggering accusations that the decision was being rigged in favour of developed countries. Following some confusion and outrage the co-chairs were sent off to come up with a new text to start negotiations afresh (or not very fresh) this morning.

Such is the circus of the UN Framework Convention on Climate Change where all parties have an equal voice, except that the business is conducted in and translated into only a handful of languages, and the parties who have their own delegation offices in the venue is rather telling.

The USA (who have a nice big delegation room to themselves) in particular has been niggling away at the central question of equity and fairness in the Convention. Some people, USA lead negotiator Todd Stern complained, are acting as though the principle of common but differentiated responsibility, were threatened with extinction… if only people would actually listen to what we are saying: ‘there is nothing to worry about’…I’m sure I’m not the only one who heard more menace than comfort in that.

Secretary of State John Kerry started well by giving climate sceptics at home a good talking-to, but ended up bellyaching that the USA couldn’t be held responsible for historical pollution that it had no idea at the time would result in such an awful predicament.

The odds are stacked against negotiators from the global south, with divide and rule tactics often employed by overseas aid donor countries in order to weaken negotiating blocks. But this latest crisis in the talks seems to have brought about greater unity amongst developing countries to hold out against a decision in Lima that damages prospects of a just deal in Paris.

Back in the outside world, as the People’s Summit drew to a close, that unity and resolve was reflected as indigenous people, directly affected people, trade unions, climate justice activists, big logo environment and development NGOs gathered to plan how to mobilise together for the year ahead of the crucial Paris talks, and sustain momentum for the fight beyond 2015.

While I’d love to be wrong (and there’s time to be wrong as the talks may run well into the weekend) it seems as though the only positive legacy of Lima will be the growth, renewal and strengthening of the climate justice movement fuelled by shameful inaction and backsliding by those most responsible for the crisis.

It seems the draft decision text released late last night by the co-chairs is very little different from the leaked ‘secret’ text. The good news is it has an annex which contains all of the important elements – adaptation, capacity, technology, finance, transparency, loss and damage – that developing countries need to be part of any deal secured in Paris. The bad news is that its likely that the whole annex will get dropped before a decision is reached in Lima.

Parties have spent most of the morning negotiating about whether to move rooms or not. The air conditioning is so noisy in some meeting room that its impossible to hear. You’ll be pleased to know they managed to agree to move.

A stocktaking session with the COP President later today will give us a clearer idea as to how the talks will proceed (and how long we’ll be here): whether to negotiate only on the formal options drafted into the text, or whether to open up the whole text afresh.

We need your help to push for action on climate change.