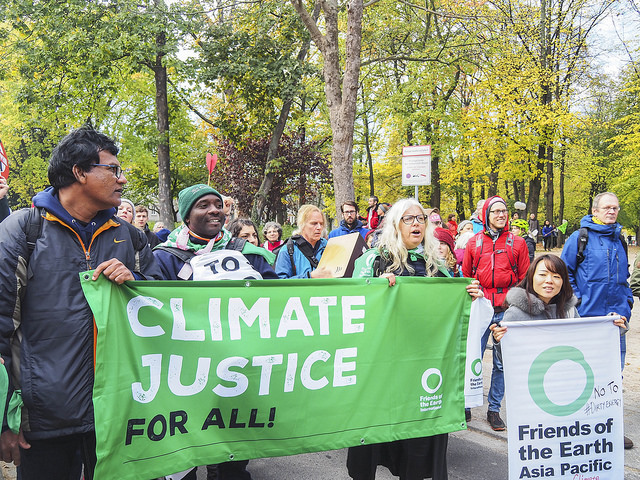 What are your climate goals for 2018?

Have you made any new year’s resolutions yet? Before you commit to the same old destined-to-fail resolutions as I do every year, I invite you to join me in making a new one. It’s something that we can do together, it will get you out of the house, teach you new skills and will make a real difference to people’s lives. I want you to get involved in the campaign against climate change in 2018.

Ordinarily, it might sound too big or too daunting, but this year in Scotland we have a real chance to tackle climate change. It’s nowhere near as difficult as training for a marathon, plus you can still eat as much cake as you like!

We expect the Scottish Government’s draft Climate Change Bill to be published in the Spring, and we need your help to keep the pressure on, to meet your MSPs and join us in demanding more action. We’ve been disappointed with the government’s proposals so far, and we’re campaigning to strengthen them so that we can reach a zero-emissions, fossil free Scotland by 2040.

Last summer, almost 20,000 people responded to the Government’s consultation on the Bill. An incredible 99% of them said they want to see a zero carbon Scotland by 2050 at the latest, and urgent action to cut emissions in the vital next decade.

This is not an unrealistic goal. The governments of Catalonia, Sweden and Norway have already committed to reaching net-zero emissions before 2050, with our Icelandic neighbours aiming for 2040. In the European Parliament, the Industry Committee has recommended that EU emissions fall to zero by 2050.

Scotland can and must follow suit, but the current proposals show a real lack of ambition, with only the slightest of increases in action before 2030, and only a 90% cut emissions by 2050. This isn’t good enough for the Paris Agreement, or to do our fair share in tackling this global crisis.

No time to waste

We’ve no time to waste, early reports suggest that 2017 will be one of the 3 hottest years on record. The world has already warmed by 1ºC since the industrial revolution, and last year saw an extraordinary number of extreme weather events. While we were tucking into our Christmas dinner the California wildfires were raging and people in Puerto Rico were still without power after the destruction of Hurricane Maria.
Climate is a human rights issue, an issue of poverty, gender, of food security. It hits the poorest and most vulnerable people first, and hardest. Many more thousands will be forced to leave their homes and communities in 2018.

But effective action to tackle climate change isn’t just about people overseas, it also helps to build a fairer and more equal Scotland, improving our lives and driving the transition to a low-carbon economy. By addressing the climate emissions leaking from our energy inefficient homes, we can also tackle fuel poverty and the associated health problems. Measures to tackle emissions from transport can ease air pollution, and helping farmers to go green will be better for our land, water and biodiversity.

Your voice really can make a difference. We only need to look at last year’s momentous fracking ban to see that people power can bring real, lasting change. The fracking ban was won by many people playing their part and speaking out. We can do it again.

In the coming months we’ll be running campaign workshops and training events across the country to help people get involved in the campaign. Together with Stop Climate Chaos Scotland we’re organising a mass lobby of the Scottish Parliament in May for people to talk to their MSPs about climate action, and plenty more activities to keep the pressure on before the Act finally becomes law.

So go on, resolve to make a difference this year and get involved. Together, we can do it.

Join our climate action workshop and film tour in June 2018.