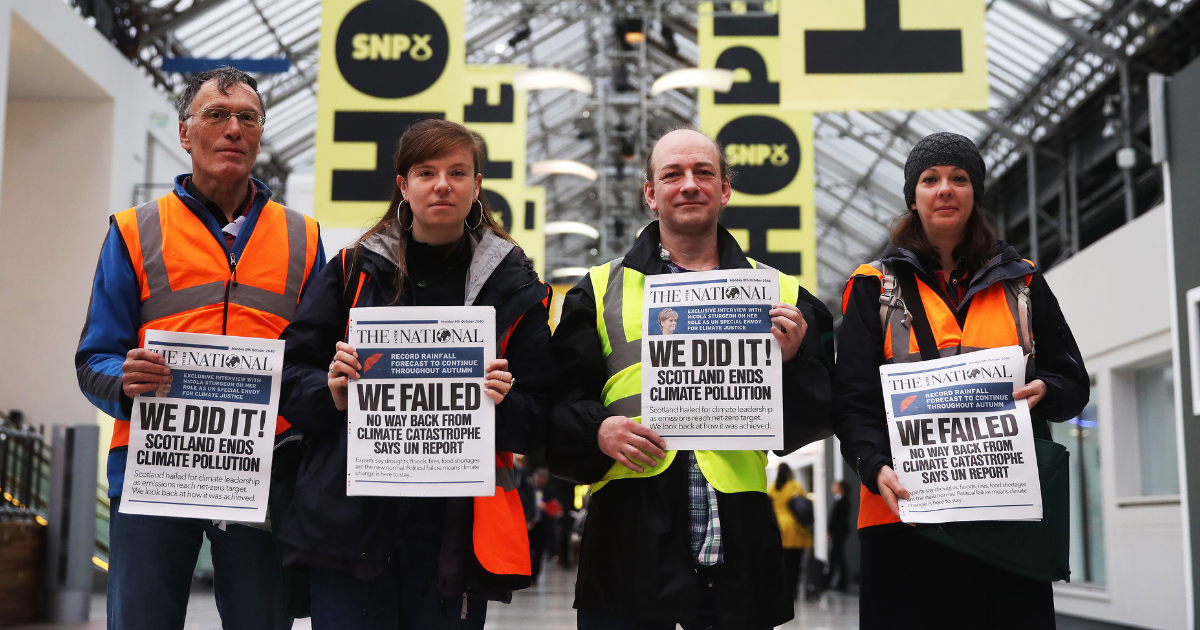 Climate activists took messages from the future to the SNP conference

As a shocking UN climate report revealed we have a rapidly closing window in which to limit global warming to 1.5ºC, we went to the SNP conference in Glasgow to present two different versions of Scotland’s climate future.

We were there to tell the SNP that there’s no more time to waste – their government must scale up climate action over the next few years if we’re to curb catastrophic climate change. Decisions made this year by this government can ensure we can better protect communities and vulnerable people around the world and build a better, greener Scotland.

Two visions of the future

Activists handed out a newspaper from 2040 portraying two potential futures and urged SNP members to demand greater action from their party. 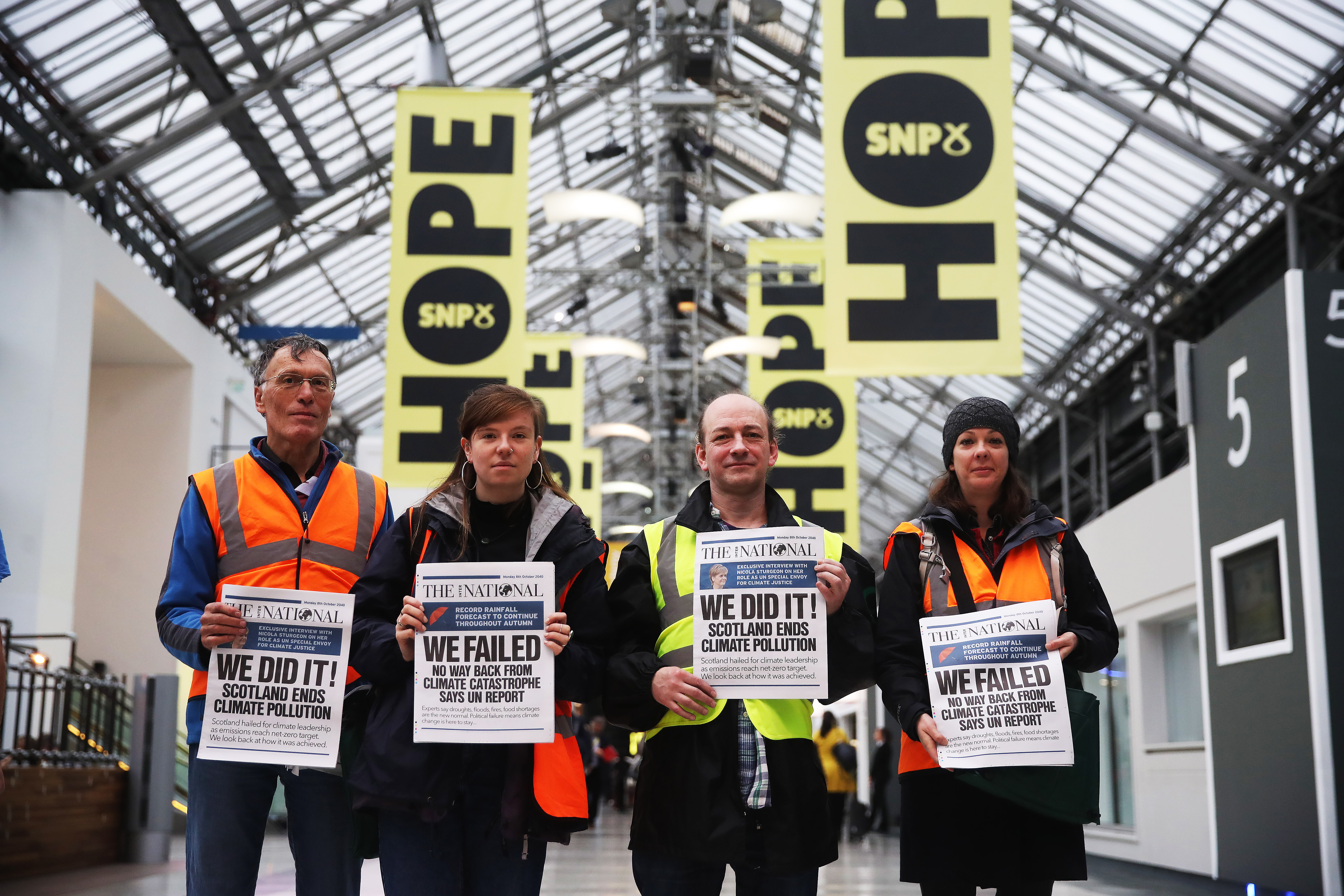 One version showed a healthier, happier Scotland where people had benefited from climate action. It told stories of improved public transport, a boom in clean renewable energy and better relationship with nature.

The other vision described a world where governments had failed to do enough leading to food shortages, increased energy prices, transport chaos and widespread climate breakdown. This is the path we’re currently on.

No time to waste

The papers were dated Monday 8th October 2040 to link back to today’s UN report that delivered an unprecedented climate warning.

The Intergovernmental Panel on Climate Change (IPCC) report shows that if we limit the increase in temperature to 1.5ºC above pre-industrial levels instead of 2ºC we could avoid up to 10 million people being forced out of their homes by sea level rise. It would also halve the number of people suffering from water scarcity and significantly reduce the risks of extreme weather events, food shortages and damage to our nature and ecosystems.

Stopping warming from rising above 1.5ºC also protects the Arctic. They estimate it would keep it free of sea-ice just once every 100 years instead of once every 10 years, and prevents 2 million km2 of permafrost from thawing.

But the Scottish Government’s new Climate Bill does not do our fair share to keep temperature rises below 1.5C. It fails to live up to the Paris Agreement or deliver on Nicola Sturgeon’s commitment to remain a world leader in the fight against climate change. But we still have time to improve it before it becomes law.

This IPCC report puts us at a crossroads, and the SNP now have a clear choice to make. Will they lead us further down the road towards climate disaster, or choose the path of urgent climate action?

Scotland has made good progress cutting emisisons in the past with our growth in renewable energy. But the IPCC report warns we now need “rapid, far-reaching and unprecedented changes in all aspects of society”. In Scotland, that must mean an immediate end exploration for new oil and gas, ensure every home is warm and energy efficient, and support farmers to move to climate-friendly methods of agriculture.

Today’s report is clear that we can still limit climate change, we have the solutions, all we need now is the political will.

We know people in Scotland support greater action, and all the SNP members we spoke to today wanted their party to be on the right side of history and leading the world on climate action.  Public pressure has helped both Labour and the Greens commit to stronger targets than the Scottish Government, while the Scottish Conservatives are saying they will ‘push the Scottish Government to be more ambitious in their Climate Change Bill as it progresses through Parliament’.

That’s why pressure from all sides is needed to tell our MSPs to improve the Climate Bill. If you haven’t already, please join the hundreds who have emailed their MSPs. Together we can ensure Scotland does its fair share.

Or by donating to our work you can support our campaign to end Scotland’s contribution to climate change.

Donate to our climate campaign
This site uses cookies to store information on your computer. To find out how we use them please view our Privacy Policy.Accept AllNo Thanks
Manage consent