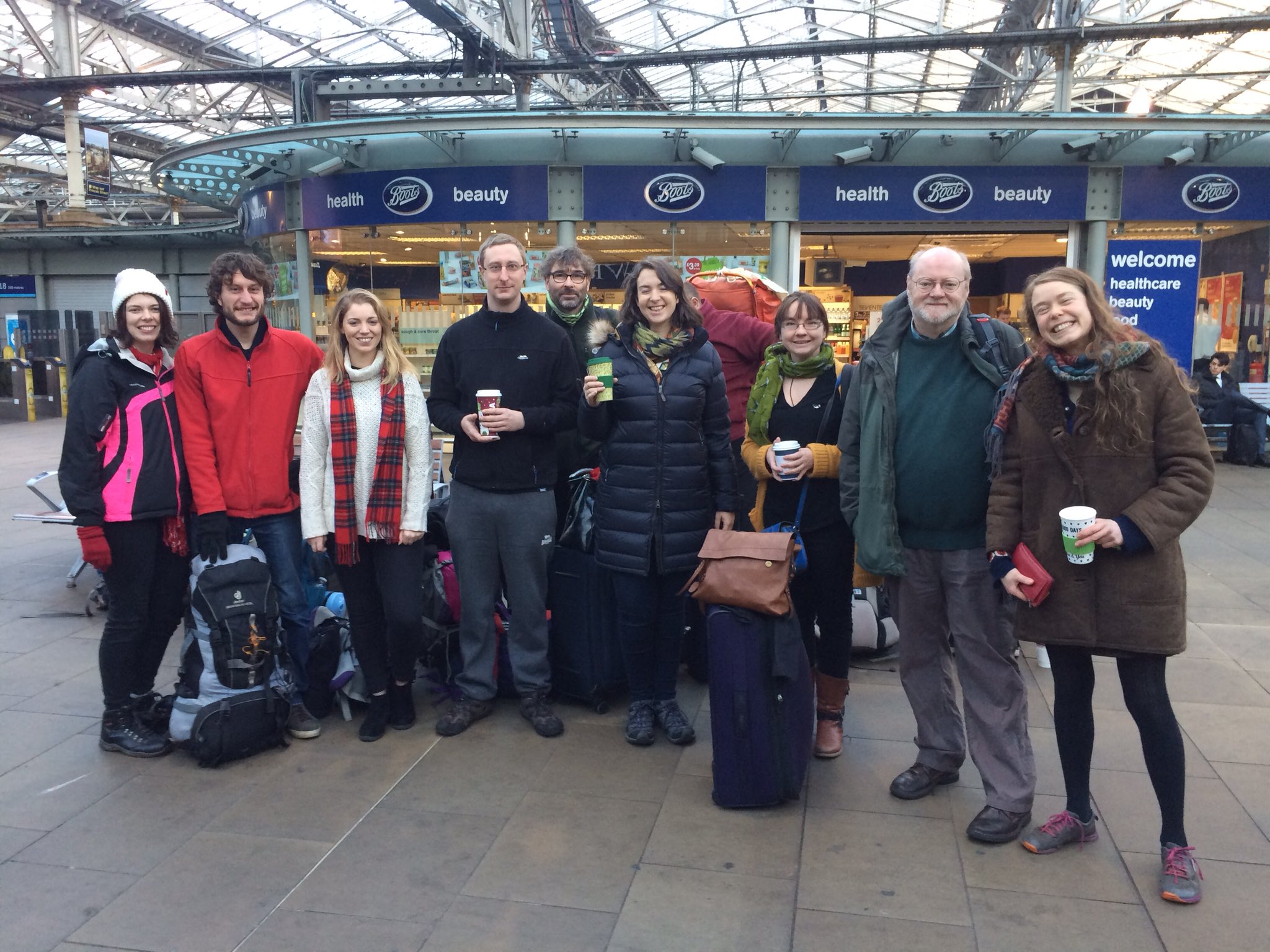 COP23: Playing my part in building a better world

I’m travelling from Edinburgh with Friends of the Earth Scotland to the People’s Climate Summit and UN climate change talks at COP 23 in Bonn, Germany because I want to be an active part of building a better world. As an environmental anthropologist who works with communities in the South Pacific on the front lines of climate change, I have witnessed extreme environmental destruction and degradation first-hand.

While living and working in Fiji last year, I survived Tropical Cyclone Winston that hit the island nation on 20th of February 2016. Winston was the strongest storm recorded in the southern hemisphere and the second strongest storm ever recorded in the world. Average wind speeds were 143 mph and wind gusts recorded up to 200 mph. Forty-four people died as a result of the superstorm and the ongoing government recovery plans have estimated nearly three billion Fijian dollars (£1.1 billion) in damages.

Notably, Winston struck five days after Fiji became the first nation to ratify the United Nations Climate deal agreed at the Conference of Parties (COP) in Paris in December 2015. Many Pacific island nations have played a vital role in leading the global dialogue on climate change. In fact, though this COP is being held in Bonn, Germany, Fiji is hosting the summit and it is anticipated to be one of most dynamic in recent memory.

In the lead up to the Paris summit, Fijian Prime Minister Bainimarama, stressed that “unless the world acts decisively in the coming weeks to begin addressing the greatest challenge of our age, then the Pacific, as we know it, is doomed.”

While the Paris agreement was a tremendously positive step forward, much remains to be done and indeed Prime Minister Bainimarama concerns continue to hold true. The vital negotiations that are slated to take place at this
COP will further lay out how the nations of the world will meet their aspirations to cut carbon emissions and limit the exploitation of fossil fuels in the coming decades.

Of course climate change isn’t just something that happens in exotic places. Here in the UK the winter flooding of 2015-2016 ranked as one of the largest extreme weather events of the last century, on par with the flooding of March 1947. Climate scientists have long predicted that wet places will get wetter and dry places will get drier, while storms will gain in strength if not frequency. Further, we will begin to experience erratic weather patterns, such as recently with Hurricane Ophelia and the resulting impacts on Ireland.

The same week that the winds and waves of Hurricane Ophelia were battering the British Isles, wild fires were raging in California burning over 220,000 acres, resulting in more than 40 deaths and millions of dollars in damage. Indeed, the total damages are not fully known at this time. My parents, who live in the Napa Valley of Northern California, were evacuated from their home with only the clothes they were wearing, their prescription medicines that my father grabbed in a rush and a handful of family photos my mother threw into her purse. For days we waited to see if they would have a home to return to. Thankfully they did return to their home, but I know many that were not so lucky.

Global climate change has become personal for me in ways I never imagined. Yet, I know another, better world is possible. So please join me in building this better, carbon neutral world. There is time and that time is now.

Rowan Gard is an environmental anthropologist at the University of St Andrews. Her research focuses on cultivating community resiliency, self-determinative governance and aspects of environmental justice for communities dealing with climate change in the South Pacific. Rowan is a research affiliate with the International Ocean Institute, Pacific Islands at the University of the South Pacific in Fiji, a member of the Polynesian Voyaging Society in Hawai‘i, and an activist and advocate with several environmental organisations, including 350.org, Fossil Free St Andrews and Young Friends of the Earth Scotland. Previously, she has held management positions with Bishop Museum—the Hawai’i State Museum of Cultural and Natural History and at the University of California, Berkeley.