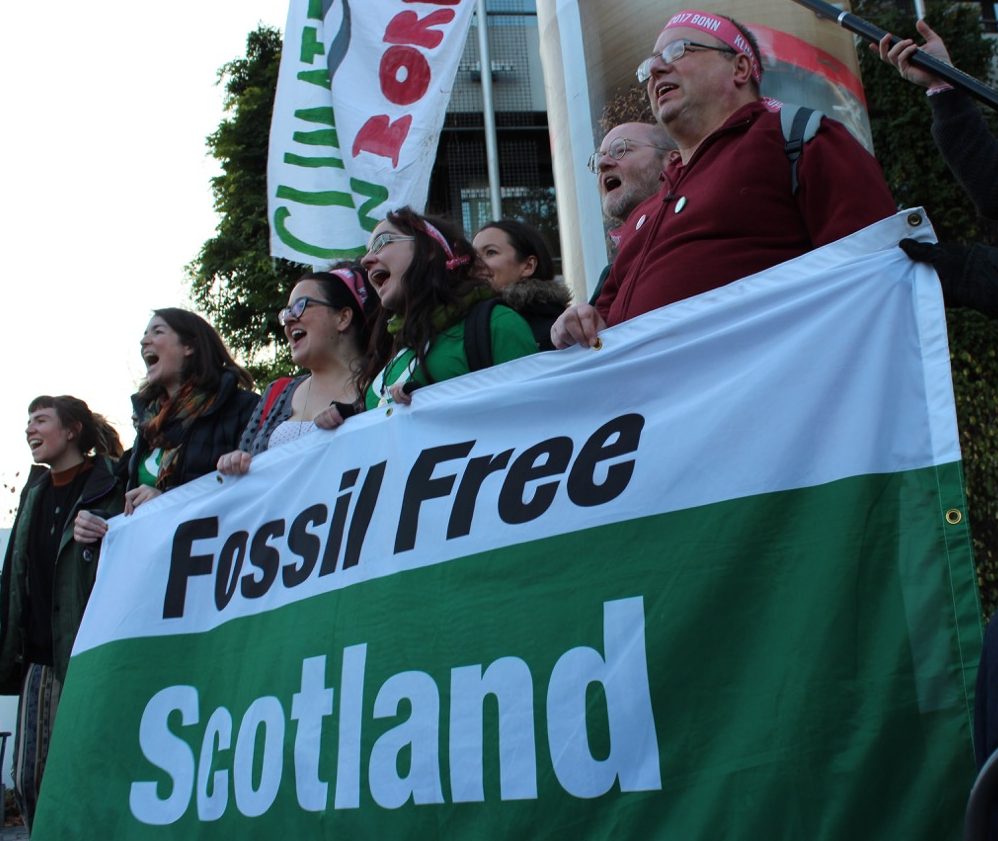 As the 23rd UN Climate Change talks ended in the wee small hours of Saturday, the resounding call is for wealthy countries to recognise the urgency of the climate crisis and act sooner to cut their climate emissions. Scotland, as one of the first countries to propose new climate legislation following the Paris Agreement, has the opportunity to stand up and show climate leadership once again.

Climate change is no longer a far off thing that a future generation will have to deal with: it is already hitting many parts of the world. Here at the UN summit, I’ve been hearing directly from people whose homes and communities are already affected; from last week’s unprecedented floods in Penang, Malaysia, which killed seven people, to the heart-breaking situation in Puerto Rico where many lives have been lost and entire communities destroyed by the recent hurricanes. Climate change is already forcing people to leave their homes, lose their livelihoods, their lives.

Despite the (near) global consensus around the Paris Agreement, the emissions cuts pledged so far are only a third of what is needed to avoid the worst predicted impacts of climate change. With the growing urgency of the climate crisis, together with Trump’s withdrawal from the international agreement, the global climate movement desperately needs good examples of leadership. Scotland can play a key role by setting the bar high with robust and ambitious targets in its new Climate Change Act.

Both the First Minister, Nicola Sturgeon, and the Cabinet Secretary for Climate Change, Roseanna Cunningham, took part in the climate summit here in Bonn this week. The First Minister noted that ‘it would be deeply damaging for all nations, and catastrophic for some’ if we do not deliver on the Paris Agreement’. She also encouraged urgent climate action in the next two years, before the Paris Agreement kicks in, and for developed nations especially to deliver their fair share of emissions cuts. While the Cabinet Secretary talked about Scotland’s commitment to climate justice.

But to do our fair share and truly deliver climate justice, we must go further than the Scottish Government is currently proposing. Climate justice means recognising that climate change is already hurting people, and acting urgently to tackle it – not waiting for another decade to increase ambition. Together with Stop Climate Chaos Scotland we are calling for the new Climate Act to increase action over the next ten years, and set a target for reducing climate emissions by at least 77% by 2030 instead of the 66% currently proposed.

The First Minister also used her speech to say that Scotland will make “an early decision on when we will aim to reach net zero emissions”. We are calling for the government to set a target of reaching net zero emissions by 2040.

Nicola Sturgeon took time during the talks to meet with our Friends of the Earth International colleagues from Malaysia, Sri Lanka and Nigeria, and also with World Council of Churches members from the Pacific Islands, to hear directly from climate impacted peoples about the reality they face.  We hope that she listens to their calls for urgent action, and acts to increase the ambition in the new Scottish Climate Change Bill.

Scotland already has good stories to share – our progress on developing renewables, banning fracking, phasing out new fossil fuelled vehicles and establishing a Just Transition Commission to ensure that the shift to a low carbon economy is fair to workers and their communities, have all been highlighted as good examples here at the climate talks. We have the chance to go further and deliver a strong Climate Change Bill that shows real climate leadership. We need to play our part in tackling this global challenge, and do so in the way that helps deliver a fairer and more equal Scotland.