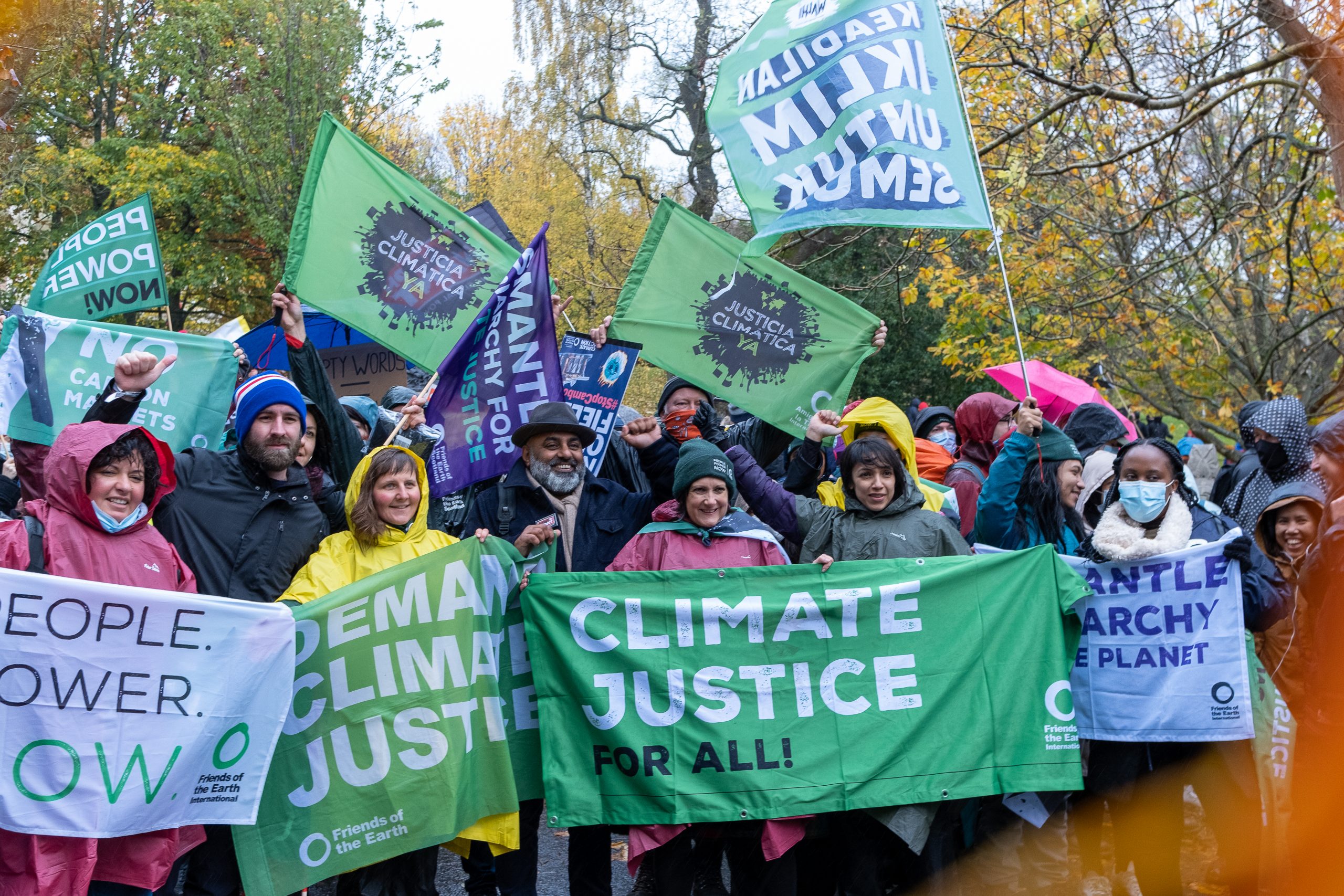 COP26: Why we left with hope

COP26 drew to a close almost a fortnight ago, and amidst getting some much needed rest, we’ve had time to reflect on the two weeks that world leaders were in Glasgow.

The deal that they reached won’t deliver the action we need to avert climate catastrophe.

Rich nations are shamelessly shirking their responsibility to clean up the mess that they created. They are failing to cut climate pollution fast enough, failing to deliver the finance they owe countries already bearing the brunt of climate breakdown, instead creating loopholes and get out clauses to avoid taking action.

Despite this, we left COP26 with real hope in our hearts, because it’s also clear that people all over the world are rising up to demand climate justice in greater strength and unity than ever before.

Each and every day of COP26 saw people taking action on the streets of Glasgow to send a clear message about what’s needed to turn the climate crisis around.

From messages written on oil barrels across the river from the UK Government Hub telling them to stop the Cambo oil field, to a disco-themed protest bringing people back to the 70s (when fossil fuels companies already knew the damage they were doing to the climate).

International groups came together to demand an end to fossil fuel extraction everywhere.  Local people took to the streets to tell Glasgow City Council that if free, integrated public transport is possible for COP26 delegates, then it’s possible for the people of Glasgow too.

Climate activists stood with striking workers, marched with migrant justice groups and worked to raise the voices of people on the frontlines of the crisis and those excluded from these talks.

On the middle Saturday (6 November), over 150,000 people marched through the streets of Glasgow to demand action that gets to the root causes of the crisis, making it the biggest climate march ever in the UK.

Led by Indigenous people and global climate justice movements, with migrant justice networks, youth strikers, trade unions, faith organisations and direct action groups, this was just one of hundreds of protests taking place around the world as part of the Global Day of Action for Climate Justice. 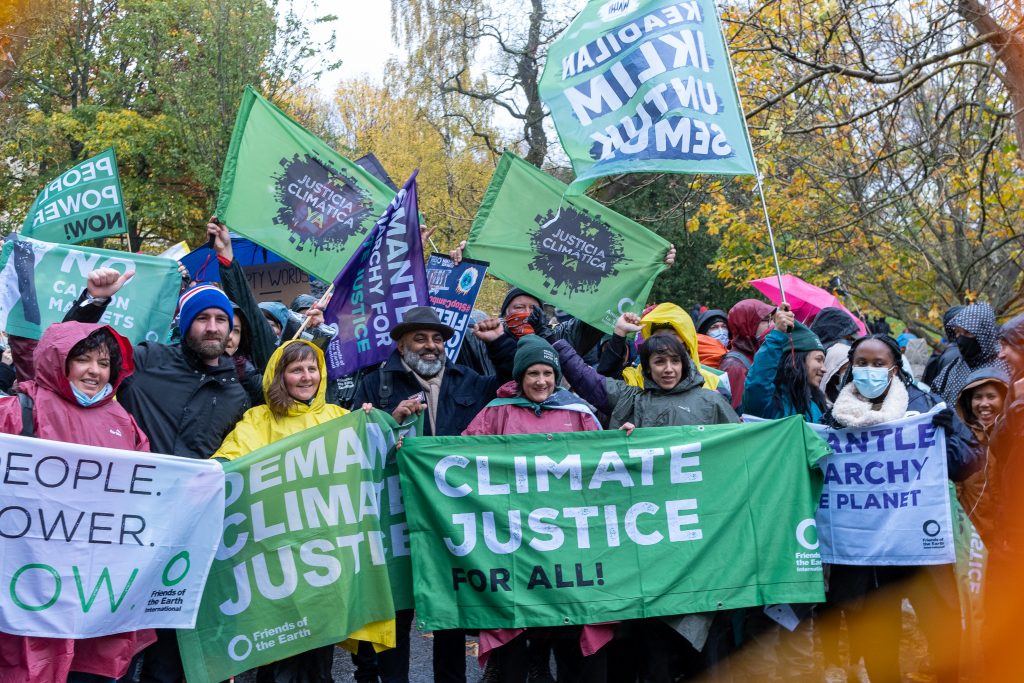 On the last day of negotiations, civil society groups working inside the COP held a Peoples’ Plenary and launched a Conference of the Peoples’ decision condemning the failure of world leaders to step up to their responsibility and bringing together collective demands to turn the crisis around.

The main COP26 discussion room was temporarily transformed into a space of hope, where the real solutions to the climate crisis were articulated and celebrated.

In a powerful show of unity, civil society delegates then walked out of the COP venue holding firmly onto our ‘red lines’ for a climate safe future, to join with hundreds of activists from the movements that have been organising together on the outside.

It was a long two weeks, and a long two years building up to this point. We need to take time to rest and reflect on what we have achieved together.

And then get back to work, to keep up the momentum and keep building this beautiful and powerful movement to create the better world we know is possible.

Whether you marched on the streets of Glasgow or your hometown, organised or joined events in the Peoples’ Summit, helped house and feed climate justice activists – thanks for being part of it.

You can support our work with a donation by clicking below