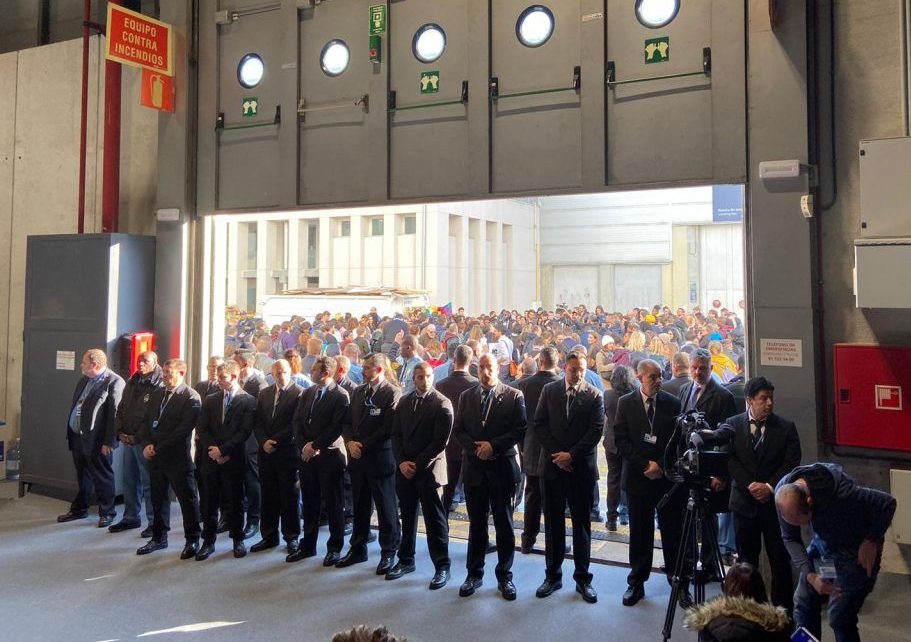 As the longest ever meeting in the history of the UN Framework Convention on Climate Change closes in Madrid, the outcomes of the 25th Conference of Parties (COP25) negotiations fail to reflect the urgency of the crisis or any grasp of the real solutions to the climate emergency.

Rather, governments around the world appear unwilling to listen to both the undeniable science and the rising tide of peoples’ movements demanding radical action on climate. That unwillingness to listen to the people could not have been better illustrated than by the aggressive response to a mass action of civil society observers including Indigenous Peoples, NGOs, Trade Unions and climate justice groups in which over 300 people were aggressively ejected from the UN talks.

Instead, what we have seen over the last two weeks here in Madrid is corporate-captured governments fighting for the interests of the fossil fuel industry and elites, unable to see past short-termism, unable to get out of the neoliberal mindset that has brought us to this point. All part and parcel of a concerted effort over the past decade and more by rich historical polluters to shift the burden of dealing with the climate crisis onto those who have done least to cause it and will suffer the worst impacts.

Two major issues came to a head at COP25 that demonstrate this clearly: the question of finance for loss and damage, and rules on carbon markets under the Paris Agreement.

On the first, rich countries shamelessly resisted calls from developing countries for financial support to help them recover from the impacts of climate change that it is no longer possible to adapt to, offering instead to simply cut up the cake of existing international development aid and climate finance into smaller pieces. They also attempted to re-write the Paris Agreement by inserting a non-liability clause into the treaty to protect themselves from any compensation claims by climate impacted people. One of the few silver linings of these failed talks is that developing countries stood firm and resisted this. But expect to see the same fight play out next year in Glasgow.

On the second, sometimes no deal really is better than a bad deal. And that’s definitely the case with carbon markets. With no effective cap in place under the Paris Agreement, and no time left to buy and sell the atmosphere (even if it was an acceptable thing to do) carbon markets risk fatally undermining efforts to limit warming to 1.5oC. Not only do they divert time and resources away from real solutions to the climate crisis, they also risk increasing emissions, by carrying over a flood of carbon credits from previous trading schemes and through double counting of reductions. If that wasn’t bad enough, carbon trading also violates human rights, especially impacting Indigenous Peoples and global South communities whose lands and livelihoods are being grabbed to be sold as carbon offsets.

With parties unable to come to a consensus on carbon markets in Madrid, the issue will be firmly back on the table in Glasgow. Remember, it is fossil fuel companies who stand to benefit from carbon markets – this is the part of the Paris Agreement that Shell boasted it wrote – and they won’t give up easily.

Next years’ climate talks in Glasgow, will ultimately be the litmus test of the Paris Agreement. 2020 is the deadline for countries to resubmit their emissions reductions pledges, known as Nationally Determined Contributions, under the treaty. With current pledges putting us on the highway to a hellish 3-4 degrees warming, and no sign of the rich historical polluters who have ultimately caused the climate crisis stepping up to do their fair share, the chances of keeping the planet at a liveable temperature are on a knife edge.

The simple fact is that those responsible for causing the crisis – including Scotland and the UK who are only seen as climate leaders because the bar is set so dangerously low – must step up and start making some difficult decisions if we are to avoid catastrophic warming. There is no other way forward that bears thinking about.

It’s time to put an end date on North Sea oil and gas extraction in line with the Paris Agreement, and plan for a rapid and just transition of the workforce and communities. Time to transform our society and economy, changing the way we travel, how we produce and consume food, what counts as work, and how it is rewarded, what we value and strive for, how we connect with each other.

To end on a positive note, after painting such a bleak picture: with the emergence of the youth strikers and Extinction Rebellion the climate movement in the UK is stronger than ever before. The COP in Glasgow must serve as a rallying cry for all who care about our planet and the fate of peoples all over the world. This is not just about a two week conference in December 2020. Its about a year of campaigning and activism, learning and strategising, collaboration and creativity. We will use it to transform our movements and put climate justice at the centre of what we do. We are unstoppable, and despite setbacks, we know another world is possible.

Mary Church was in Madrid throughout the talks as part of the Friends of the Earth International delegation. A version of this article appeared in The National on Tuesday 17 December 2019.

She took part in a special webinar that explains many of the key issues at the talks. Watch it now on YouTube