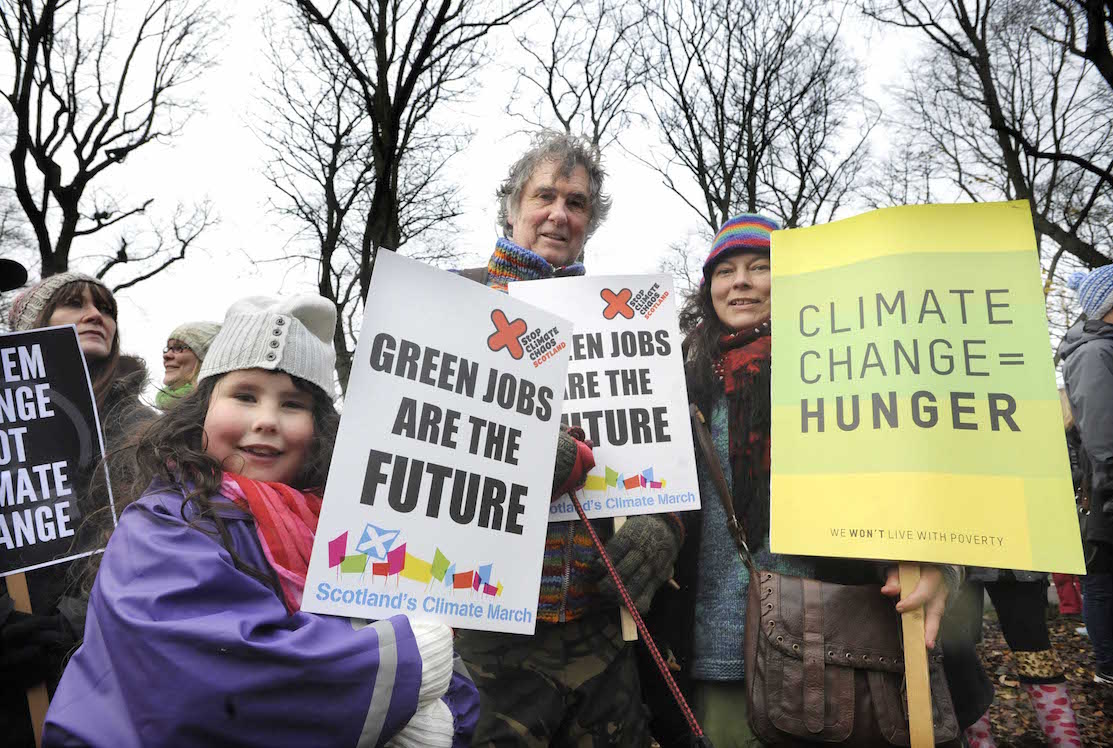 Discussing a Just Transition for workers in Aberdeen

University and College Union Scotland’s seminar on Just Transition at Aberdeen’s Robert Gordon University was held on 4th September, chaired by Lesley McIntosh of RGU UCU. The idea of Just Transition originates in the trade union movement in the USA and means that workers in our current, unsustainable, fossil fuel based economy must have good, unionised jobs and livelihoods in the sustainable economy that society will, inevitably, have to transition to. Trade unions must be involved at the forefront of planning for a just transition.

Whilst workers employed in the oil and gas industry will be the most directly affected by this transition, the change required will potentially affect all workers, including university employees. As PCS’s impressive pamphlet on Just Transition and Energy Democracy puts it “every sector of the economy will be affected by the energy transition – energy, manufacturing, heavy industries like steel, transport, construction, health, education and so on. All these sectors have high levels of union membership therefore every union has a stake in the transition”.

In case we needed a reminder of Higher Education’s links to fossil fuel, UCU’s seminar took place in the Sir Ian Wood Building, named after founder and former CEO of the Wood Group oil and gas company, Chancellor of, and donor to, RGU. The entrance to the building was decorated with the logos of Shell, BP and Marathon Oil sponsoring events at the university.

In a financial context of increasing dependence on private funding for research and educational projects, the oil and gas industry plays a significant role in many universities. UCU needs to look at what a Just Transition means for its members, and we have been an active member of the Scottish Just Transition Partnership since its formation in 2016.

The urgency of climate change

The seminar was started by Mary Church from Friends of the Earth Scotland, who outlined the policy context for Just Transition. The Paris declaration of 2016, negotiated within the UN Framework Convention on Climate Change, commits signatory countries to actions to limit global temperature increase to “well below 2oC above pre-industrial levels, and to aim for the relatively safer 1.5oC. Mary reminded us that, even at 1oC, where we currently stand, significant disruptions to the climate are already occurring and there are risks of uncontrollable feedback reactions.
As a result of ITUC lobbying, the Paris agreement also makes reference to the Just Transition in achieving these targets. The Scottish Government has set ambitious targets for reducing carbon dioxide emissions and Labour in opposition has pledged to be even more ambitious. Moreover, the 2017 Programme for Government committed to a Just Transition Commission, a key demand of the JT Partnership, as well as a Scottish National Investment Bank and a publicly owned Energy Company, possible mechanisms for delivering.

The second speaker was Adam Price, UCU’s environment rep at Aberdeen University. He gave an outline of the kind of activities which the university has been promoting towards energy reductions and promoting sustainability in the curriculum. There are many opportunities for branch reps to engage in work for sustainability, including for a just transition, in their own institutions.

Potential for a just transition

Then Leslie Mabon of RGU outlined his research into the potential for transition in Aberdeen and the North East. He emphasised that the oil industry is not homogenous and encompasses a wide range of jobs and skills, not all of which are well paid. By contrast, decisions about the future of the industry are being made by a small number of wealthy white men at the top. We need more clarity on the range of skills in the workforce and their potential for transition to a sustainable economy, and to involve these workers in the decisions that affect them.

Tommy Campbell is an official with Unite, representing many workers in the offshore oil and gas industry. He emphasised that the transition will require investment in renewables, building homes to higher standards, insulation and energy efficiency and a sustainable public transport system. The market is failing to deliver this and the government must play a central role, including the re-nationalisation of energy. The Scottish Investment Bank is a vehicle through which public investment in the transition can be driven. Trade union environment reps can play their part in the workplace and these should be afforded the time off and facilities required to do their jobs.

For the Just Transition Partnership, there is an opportunity. Despite the fact that the meaning of just transition is being watered down and the trade union movement left out, we have the promise of a Commission, a commitment from both SNP and Labour, and unions are ready to be involved. Just transition has the potential to be a key part of the Scottish government’s industrial strategy.

Find out more about the work to secure a just transition.