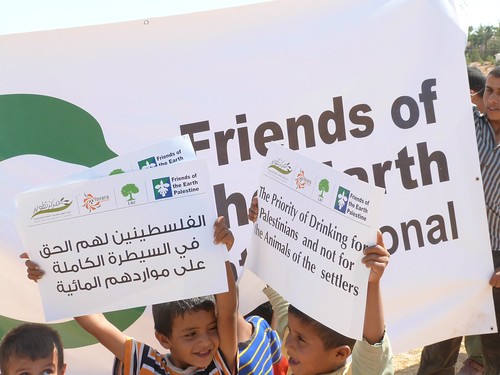 During our short visit, Bobby and I witnessed significant environmental problems. Untreated Israeli sewage and industrial waste is contaminating Palestinian land. Pollution from Israeli factories is damaging Palestinian lungs. Palestinian water is denied to Palestinians so that Israeli settlers can live profligately on Palestinian land. The problems are significant, although they are not unique. Throughout the world, people are having land and other resources stolen and exploited, having wastes dumped on them and fighting industrial pollution. What is distinctive here is that they all have a single cause: the Israeli occupation.

The Israeli expropriation of water is a major cause of conflict in the West Bank. Israel controls access to the aquifers and prevents development of water extraction. The result is that West Bank average water consumption is 73 litres per person per day, compared with WHO minimum requirement of 100. By contrast, the 580,000 settlers consume 369 litres per person per day. 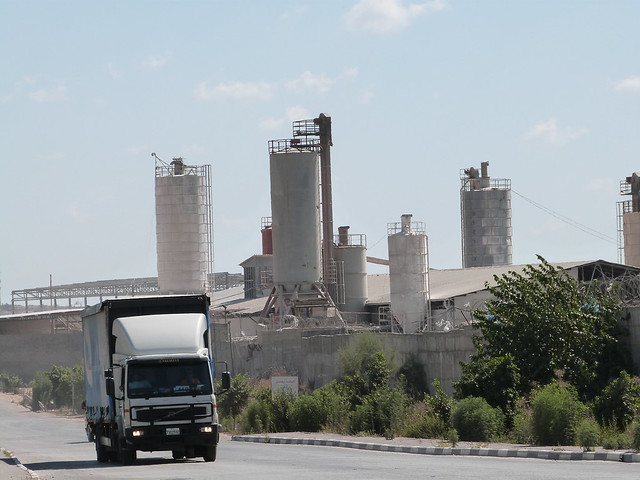 In the agricultural village of Kafr Dik, in the region of Salfit, 80% of the land and two ground wells have been confiscated for three settlements and an industrial zone. More than 10,000 people receive 28 thousand litres of water per day, drawn from close to the Israeli industrial zone, which must be rationed and supplemented with tankers. Salfit region is a strategically important area as Israel is seeking to expropriate a band of land from the Ariel settlement to the Jordan valley, splitting the West Bank into two, discontinuous parts and making a viable Palestinian state impossible.

The expropriation of water is also a major source of conflict in Om Elkheir, a village built by Bedouin on land bought in the South Hebron hills in the West Bank after they had been forced from their land in the Negev once it had become Israel. Israeli residential settlements and poultry factory-farms now abut their village, and use 89% of their water, whilst the Palestinian Water Authority is prevented from developing water access by the Israeli military.

Why focus on the Israeli occupation? The West Bank comprises 21% of historical Palestine (most of the rest now being in Israel) and has been under military occupation by Israel since the invasion of 1967 (as was the Gaza strip until annexed by the elected Hamas government in 2007). The military occupation has made possible the development of over 120 illegal settlements, which can be residential, agricultural and industrial, and the separation wall which follows the Green Line (the de facto border), 85% of which is within the West Bank.

The Oslo Accord of 1993 divided the land in the West Bank into three zones, giving the Palestinian Authority control over 2.7% of it, within limits set by Israel, and partial control over 25%. Since 2002, a further 8.5% of the West Bank has been confiscated (including the most fertile land and water access points) in order to build the separation wall, which maintains an apartheid separation between Israel and Palestine. Essentially, nothing happens within the West Bank without Israeli permission – which means that nothing happens unless it is in the interests of Israel and the Israeli settlements.