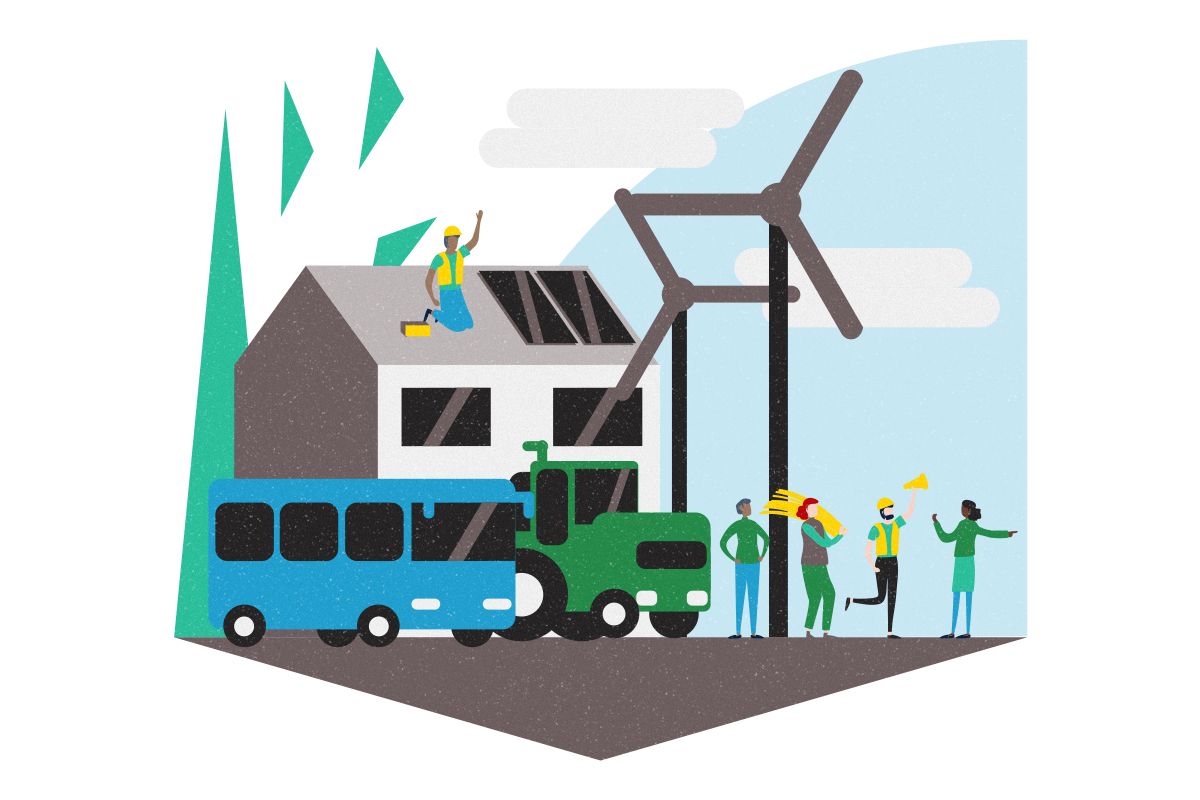 Environmentalists have to take on economics!

Home > Environmentalists have to take on economics!
28th April 2022 By Matthew Crighton

‘Climate Emergency’ and ‘Nature Crisis’ are now on the lips of politicians of every stripe, thanks to campaigning organisations like Friends of the Earth. Ideas like just transition and circular economy, which originated in the trade union and environmental movements are now sprinkled across government strategies. But there always seems to be more talk than action, and the new National Strategy for Economic Transformation is no exception.

Until we change the ways in which our economy works, ‘business-as-usual’ will continue to drive environmental destruction and obstruct action towards zero carbon.

Environmentalists have to take on economics!

This is what we have been doing with our friends in the Wellbeing Economy Alliance and Scottish Environment LINK, as the ‘Transform Our Economy’ alliance. The climate crisis is fuelled by a market-driven economy, so we have called for a bold re-design of our economy to deliver collective wellbeing within planetary boundaries, not framed in economic terms like GDP.

Initially we were pleased that the Scottish Government agreed that hitting climate change targets should be at the core of its National Strategy for Economic Transformation, which was recently launched by Kate Forbes, the Cabinet Secretary for Finance and the Economy. It does have environmental sustainability and wellbeing in its vision, but there is a lack of concrete ideas as to how its good intentions will be delivered. Everyone recognises the need to be greener and fairer, but without any realistic plan to achieve these changes they will remain aspirational daydreams.

The Scottish Government has to assess and secure the investments needed in each part of our economy so that we can move away from the highly polluting one we have currently in a fair way. It needs to set out expectations for job creation and social benefits, how to measure them and who will deliver them. Instead, it seems happy just to point the boat forwards and hope that the fickle winds of the market economy will blow it in the right direction.

The focus on economic growth and entrepreneurship in this strategy fails to show how this approach can deliver on these wider social and environmental benefits. It’s a repeat of lots of the tired old ideas that have helped bring us the current state of inequality, environmental breakdown and economic insecurity.

The Scottish Government clearly hasn’t understood the roots of these problems, nor recognised the mistakes of previous plans. Perhaps this is because it hasn’t spoken to either environmental experts nor to people at the sharp end of our current economic system.

Ahead of the strategy launch, the ‘Transform Our Economy’ alliance produced Ten Points for a Transformative Economic Strategy against which to judge the Government’s plans. These ideas were backed by 40 academics and outline a new purpose at the heart of our economy: providing wellbeing for all within environmental limits.

Sadly the Scottish Government’s document gets poor marks against these, starting well with its overall vision but then failing on practical things like generating enough of the right investment streams, having clear tests for all finance and integrating environmental performance measures into economic decisions.

These principles can also be taken on at a local as well as national levels, and councils should take a holistic approach to enact this change, making sure that all spending programmes contribute to hitting climate targets rather than just the ones labelled as relevant to the environment. We want to see them prioritising the impact on the wellbeing of people and the planet when making decisions. The new councillors coming in in May now have a real opportunity to lead the way.

Read more about the criteria
Read our council manifesto
Donate to our work
This site uses cookies to store information on your computer. To find out how we use them please view our Privacy Policy.Accept AllNo Thanks
Manage consent