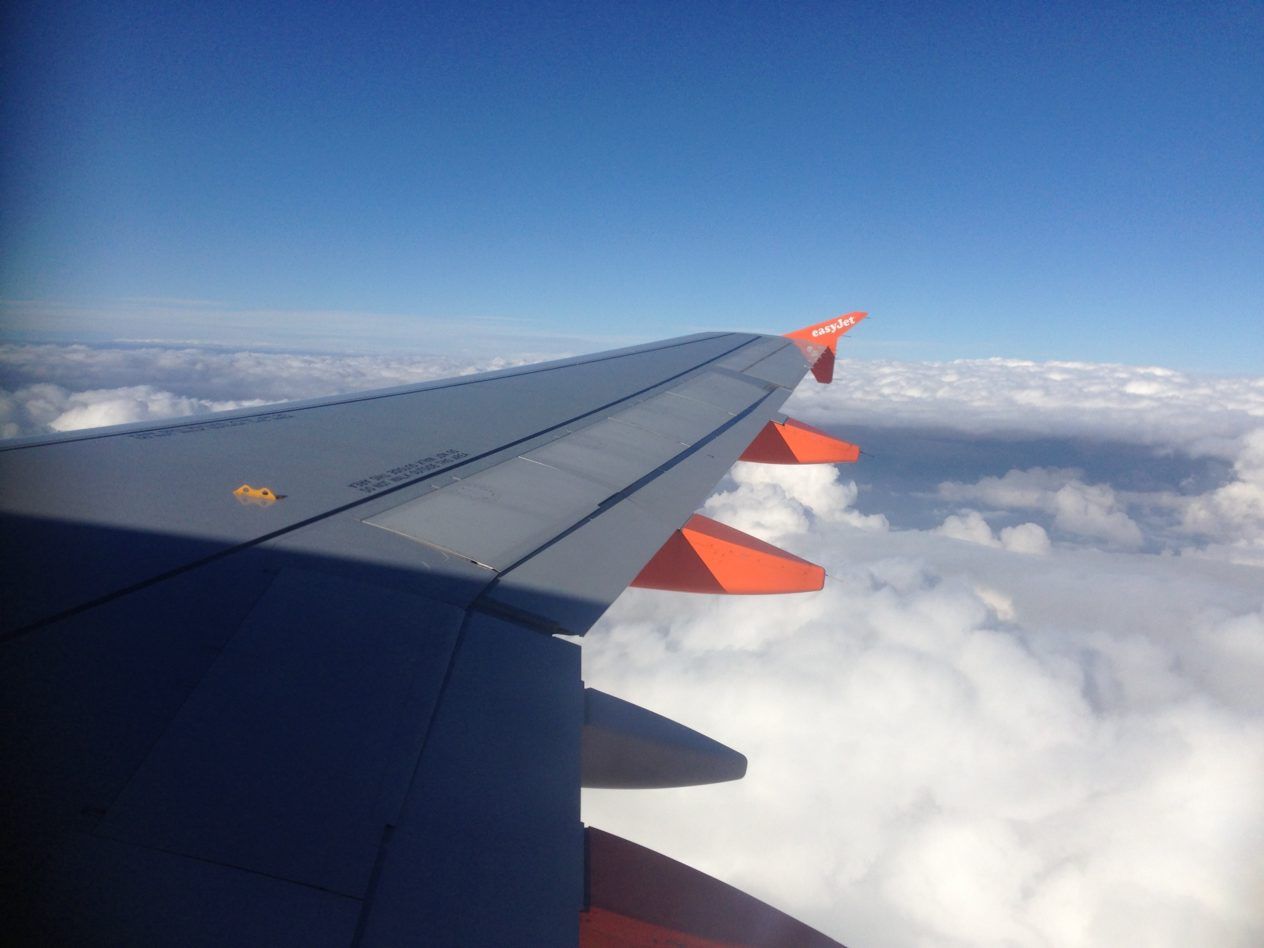 Home > Flying into trouble
14th May 2019 By Richard Dixon

Last week’s decision to scrap the plans to first halve and then do away with Air Departure Tax was a great move in the right direction and exactly the kind of thing a country which has delcared a Climate Emergency should do.

The airport industry whinged on of course but failed to mention that there is no VAT on plane tickets and no tax or duty on aviation fuel. Unlike the trains which they compete with for UK and near-continent journeys.

Flying is a growing contributor to climate change. One return flight to the US creates about the same amount of climate pollution per passenger as the gas used to heat a house for a whole year. Reducing your consumption of meat and dairy produce and stopping flying are the two biggest things most of us can do to reduce our own personal contribution to climate change.

Globally the aviation industry is growing rapidly and is predicted to reach four times today’s climate emissions by 2050. New planes are generally more efficient than older planes but growth in flights outstrips efficiency improvements by some distance, and many planes operate for 25 years before coming out of service.

Fortunately we already include international flying in measuring our climate emissions and therefore in climate targets, although the current rules under-estimate the contribution of aviation by a factor of at least two.

Some argue that businesses need cheap flights but, when asked, most businesses say they expect their employees to do less flying in the future. The businesses save money and get more productive time out of their staff, and the employees get to see more of their families.

Some argue that tourism will suffer if we do not make flights cheaper. Tourism is doing pretty well already, with employment in the tourism sector growing by 12% between 2011 and 2018. And cheaper flights might bring a some more people here but they will also encourage more people from Scotland to spend their holiday money somewhere else.

Unlike for cars, there is no easy technical solution in sight to make most flying low or zero carbon. There are some electric planes and Norway has a target to use electric planes for all short-haul flights. But that’s going to take until 2040 and will still only be for short flights.

There are those who suggest we can use fuels made from crops for flying, but replacing all that fossil aviation fuel with plant-based alternatives would hoover up vast areas of the world’s productive land and create a boom in already-destructive palm oil plantations.

Keeping flying even as much as today would mean every other sector, from homes to farms, from factories to road transport, would have to reduce emissions even faster to meet climate targets.

Youth climate activist Greta Thunberg’s makes very impressive speeches in a variety of languages all over Europe. She doesn’t fly, she takes the train. Many of the climate scientists from the UK who went to last year’s climate conference in Katowice made a point of going by train. The three of us from FoE Scotland who went also took the train. A growing number of people are shunning flying because of its impacts and there is a new no-flying movement in Sweden.

Scrapping the scrapping of the Air Departure Tax was a great pro-climate decision. Very well done to the SNP for making it and defending it robustly. But it needs to be only the start of a change in our travel habits when it comes to flying.

Dr Richard Dixon is Director of Friends of the Earth Scotland. A version of this article appeared in The Scotsman on Tuesday 14th May 2019.

Chip in to support our work to tackle climate change.