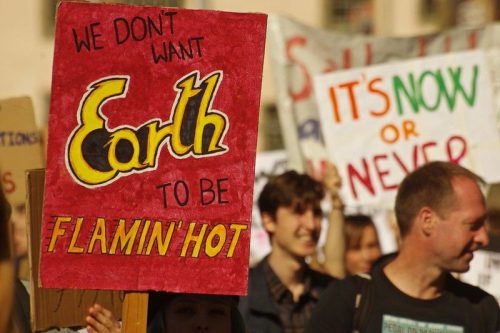 Forward and back on climate

The last ten days saw a plethora of climate change related events and announcements, some good, some alarming, some simply underwhelming.

The UN Climate Ambition Summit, hosted by the UN, France and the UK, and marking the fifth anniversary of the Paris Climate Agreement, acknowledged that the world is not anywhere near the right path to meet global climate targets but didn’t trigger any major new commitments from the world’s nations.

The laudable exception was the decision by the UK government to end support for fossil fuel projects overseas by the end of 2021. The UK is one of the world’s biggest supporters of fossil fuel projects around the world with billions going through aid budgets, export finance, development banks and trade promotions.

Now you might ask, if it’s a bad idea to fund fossil fuel projects overseas, why do we give the industry all those lovely tax breaks at home?

Next came a long-awaited UK Energy White Paper, with good stuff on encouraging renewables and energy efficiency but also new discussions beginning between the government and the proposers of new nuclear reactors at Sizewell in Suffolk.

The price tag is supposed to be £20bn but, as with anything to do with nuclear, this is just the starting point and can only be delivered if bill payers are charged well over the odds for electricity for the next 40 years. Yet renewables are already much cheaper per unit of electricity and much quicker to get up and running than nuclear power.

Then came the 250-page revised Scottish Climate Change Plan. It has some good things in it, including moving the date for the phase out of diesel and petrol cars and vans from 2032 to 2030 and a very interesting new commitment to reduce car traffic on Scotland’s roads by 20% by 2030.

On waste and transport the plan runs out of steam, with new policies in the next five years but almost nothing else for the rest of the decade.

A technical note at the back admits that they couldn’t make the numbers add up because emissions from industry stubbornly refuse to fall fast enough over the coming decade, so they made other sectors do even more so industry could continue to pollute. Somehow agriculture escaped this instruction…

Carbon capture and hydrogen made from natural gas are in the Plan, but the Scottish Government’s early enthusiasm for these two linked technologies has been tempered by reality and they are now only envisaged to be significant by the end of the decade.

Also at the end of the decade are plans to make energy from burning trees and capturing the carbon, to take carbon dioxide out of the atmosphere. Technically possible but you’ve got to like your hillsides plastered with Sitka spruce to make it work, in a return to the bad old days of 1980s-style forestry policy.

Politicians of every hue know they have to be seen to act on climate change. Some good new commitments have appeared but both the UK and Scottish governments are putting too much faith in far-off technical fixes instead of fully concentrating on all the good things we can do right now.