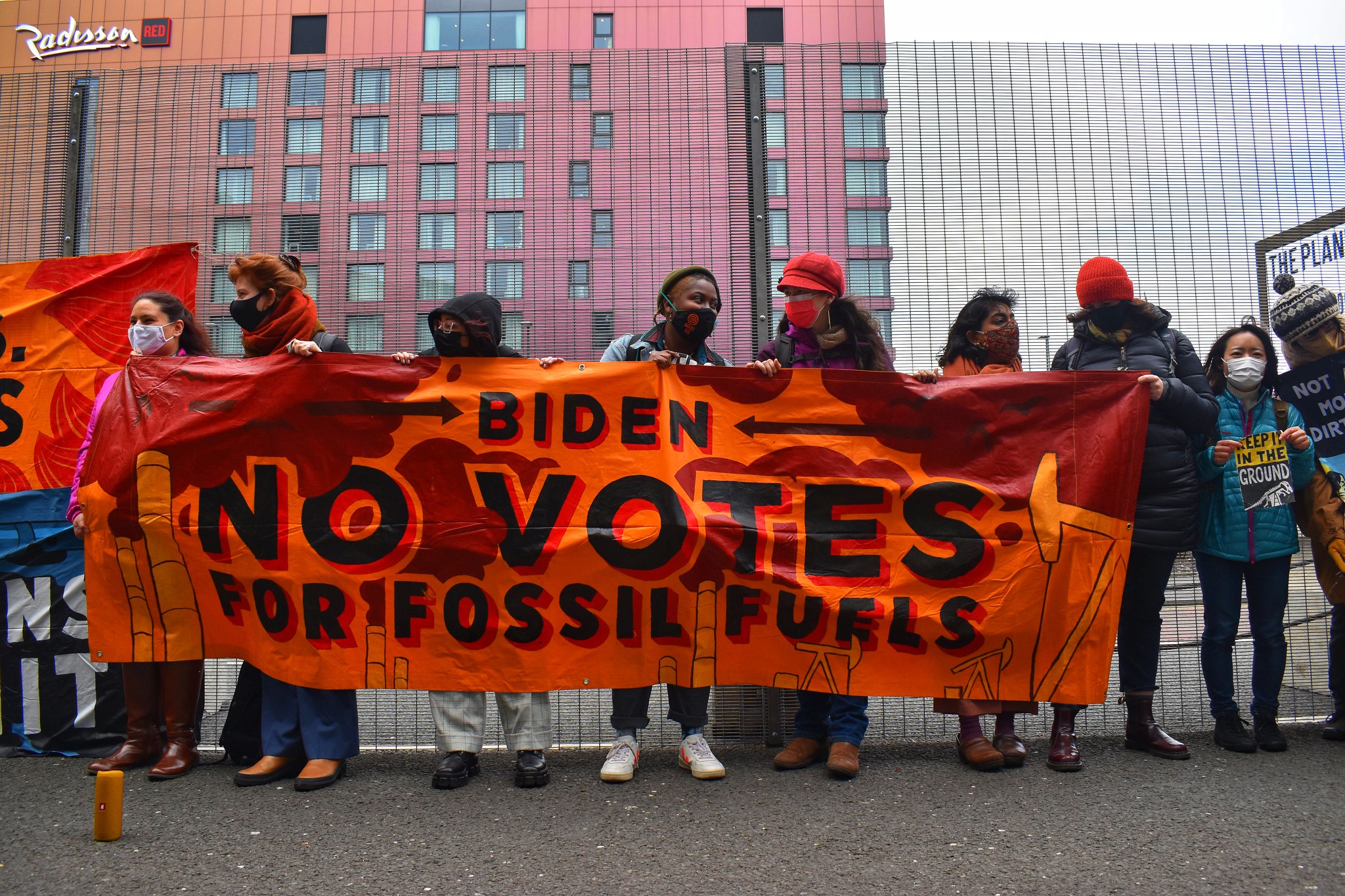 There must have been champagne all round at Big Oil HQ as, in the final hour of COP26, the twice watered-down text on fossil fuels was watered down even further, to become almost meaningless. With so many caveats built in, no-one needs to actually phase out coal or stop subsidising fossil fuels.

The first draft of the Glasgow Climate Pact said that countries should phase out coal and fossil fuel subsidies (actually it only called upon them to ‘accelerate effort towards’ this, since almost everything is voluntary).

This was widely welcomed because, for the first time in 26 years of climate talks, fossil fuels would actually get a mention in an overall agreement. Imagine spending a quarter of a century debating cancer before you get round to mentioning smoking. Oh yes, we did do that, and for many of the same reasons of vested interests and industry dis-information campaigns.

The largest country delegation at the COP were the just under 500 delegates from Brazil. The fossil fuel industry had even more people there. And their work was not yet done.

An overnight revision to the paper changed the working to phasing out ‘unabated’ coal and ‘inefficient’ fossil fuel subsidies. What on earth is an inefficient subsidy and who decides? The G8 group of rich countries made exactly this commitment in 2009 but fossil fuel subsidies continue at the rate of around half a trillion dollars a year. They must all be really efficient subsidies.

The UK tries to deny it has any fossil fuel subsidies, efficient or not, by redefining what a subsidy is. In reality we subsidise the fossil fuel industry by around £13bn, mostly through tax breaks which are so great that BP and Shell have paid no tax at all for the last three years.

But worse was to come. In a three-hour session for countries to feedback John Kerry for the US made it clear early on that subsidies must be a bad thing, but only if they are inefficient, and coal must go, but only if it is unabated. As ever, what the US says at COP, is where things usually end up.

Many countries and groups said they didn’t like the new additions to the text but South Africa said it didn’t go far enough and should recognise that some countries would have to go more slowly (even though no timescale was mentioned).

The draft that greeted delegates on Saturday morning had added “recognizing the need for support towards a just transition.” Just transition is a concept to help countries exit fossil fuels but here it was being used as a delaying tactic.

At a second session to collect views India, China, Iran and Venezuela all said this still wasn’t good enough.

In the closing session China again complained and India was allowed to change “phase out’ to ‘phase down.’

Surely the first mention of the villain of the piece is better than nothing? Probably not. Without this countries could be questioned about whether their fossil fuel plans are consistent with trying to keep temperatures below 1.5C. Now they can just say they are ‘accelerating efforts’ to ‘phase down’ ‘unabated’ coal, and reduce ‘inefficient’ subsidies. So that must be alright then.

Dr Richard Dixon is Director of Friends of the Earth Scotland.