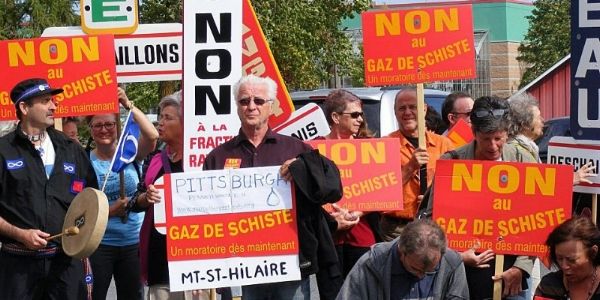 Fracking Europe: a decade of trying & still not a drop of gas

After more than a decade of highly controversial exploitation in the US, the fracking industry has been trying to expand around the globe in the hope of repeating the North American shale gas boom. Europe has been, in that respect, an important target of this industry. However, things haven’t gone as planned. For a variety of reasons, the European experience has indeed so far been a particularly bitter one for the frackers.

The clear lack of social licence to operate in Europe has been an incredibly powerful obstacle to overcome in Europe. The destructive reputation of this industry in the US, supported by a scarily long list of well-documented environmental, health and social impacts, has pushed thousands of environmental activists and concerned citizens to oppose this industry and push their governments to ban the use of fracking and cancel exploration licences.

It is thanks to this amazing grassroots mobilisation that the French and Bulgarian governments quickly decided in 2011 and 2012 respectively to impose an indefinite long-term ban on fracking and on the exploration and extraction of any unconventional gas. They were then followed by other countries and regions such as Italy, Luxembourg, Flanders in Belgium, but also Czech Republic with a quiet long-term extension of their first two-year moratorium.

GLOBAL FRACKDOWN DAY IN 2012 (C) FRIENDS OF THE EARTH EUROPE

Even in countries with governments strongly supporting fracking developments, the anti-fracking movements effectively halted the industry: in Spain and the Netherlands, local and regional authorities in areas where exploration licences had been granted were pushed to oppose these permits by passing local and regional bans.

The movements prevented the industry from starting operations in many places and pushed national governments to pass a long-term moratorium in the Netherlands and binding legislation on fracking in Spain. Tighter legislation on environmental impact assessments for fracking in Austria also convinced OMV in 2012 to abandon its shale gas plans there.

Similarly in Denmark, Total decided in 2015 to give up on its licence near Copenhagen as it feared this would generate too much public opposition. The use of unauthorised chemicals in its other license area created political controversy, and was rapidly followed by Total’s decision to drop the project, and in 2016 to officially give up its fracking plans in the country.

Many European decision makers were convinced that Europe had the potential to repeat the US shale gas boom, mostly based on highly optimistic promises made by the industry itself. However, even in countries with more limited opposition, promises have not delivered. Poland for instance was said to have, thanks to its reported shale gas reserves, gas for the next 300 years. Yet, after 6 years of intense exploration with licences covering more than one third of the country, and a very supportive government, the industry has not managed to extract economically viable volumes of shale gas anywhere in Poland..

ExxonMobil was labelled crazy when they announced in 2011 that they were dropping their plans in the country because of disappointing exploration results. They were however followed during the next years by all the other international gas companies (Total, ENI, Marathon Oil, etc) for the very same reasons. In late 2016, even Polish state-owned companies conceded defeat and put an end to the shale gas adventure.

All these defeats for industry did not come as a surprise for those who understood that repeating the US experience in Europe far from given: in a much more densely populated continent, where shale geological layers are on average 50% deeper than they are in the US, such a massive industrial development was bound to be confronted by clear geographical and economic limits, very well illustrated by the Polish case.

Poland was not an exception: Romania experienced the same disillusionment after the launch in 2012 of an ambitious exploration plan (with violent suppression of public opposition when necessary) which finally ended up only 2 years later when the Prime Minister of the time announced that Romania did not “have shale gas, we fought very hard for something that we do not have”. Four months later, Chevron left the country.

ROMANIAN PROTESTS IN 2013 (C) FRIENDS OF THE EARTH EUROPE

After almost a decade of attempts to obtain exploitation licences and to organise exploration plans, not a single drop of shale gas has been extracted on our continent. The industry has shown that its promises of economic benefits are nothing but wishful thinking. Meanwhile, every time governments have tried to adapt their legislation to the specificities of fracking, the industry has proven unable to comply with them and has preferred to give up on their plans. This shows the true face of the industry and reinforces the need to stop it wherever it tries to use its highly destructive technologies.

Scotland now has a crucial opportunity to ban fracking. When looking at what happened in other European countries, the choice is not a radical one, it is an act of reason. If all these other countries have done it, Scotland can do it too. It is also necessary as a step to stop legitimizing the further use of fossil fuels, which are not only destroying local communities’ lives, but are also a major contributor to climate change.

Banning fracking is a crucial step towards stopping using the most destructive forms of fossil fuels. It will also help speed up the energy transition we need towards a decarbonised fossil-free economy that gives us a fighting chance of keeping warming under 1.5C.

Antoine Simon is an Extractive Industries Campaigner with Friends of the Earth Europe and is based in Brussels. Follow him on Twitter, learn about FoEE work for a Fossil Free Europe