Recently I put my money into two community energy projects that are looking for funding to go ahead. Why? I had a little bit of cash saved in the bank where it was sitting and not doing very much. But more importantly because I want to see an energy transformation where both people and the environment matter.

Unfortunately the UK Government does not share my desire of a future based on renewable low carbon energy, where local economies are no longer drained by having to pay for fossil fuel (and nuclear) powered electricity, transport and heating. If the UK Government is not putting forward policies to support community owned renewable energy, the rest of us have to take on responsibility for the renewable transition. So rather than just complaining about the lack of support and the destructive attack on renewables sector by the UK Government, I decided to take an active part in the change I want to see and put my money where my mouth is.

You will rightly point out that not everybody has spare cash to invest. That is why I chose two schemes (so-called Community Benefit Societies or Bencoms) that do not just pay money back to their members – the people who have invested – but also put some of the profits into a Community Benefit Fund. This can then be used to help tackle fuel poverty or offer stipends to promising pupils from a local school. In other words, my investment is not just generating returns for me but also providing benefits to local people who are not able to put their money into these projects. Also, by investing I have become a member of the organisations that run the projects and as such I get a say in decision making at their Annual General Meeting (AGM). Every member gets one vote at AGMs, regardless of how much money an individual has invested. This democratic structure is in contrast to being a shareholder by investing on the stock exchange, though investments in community energy projects are still called shares. 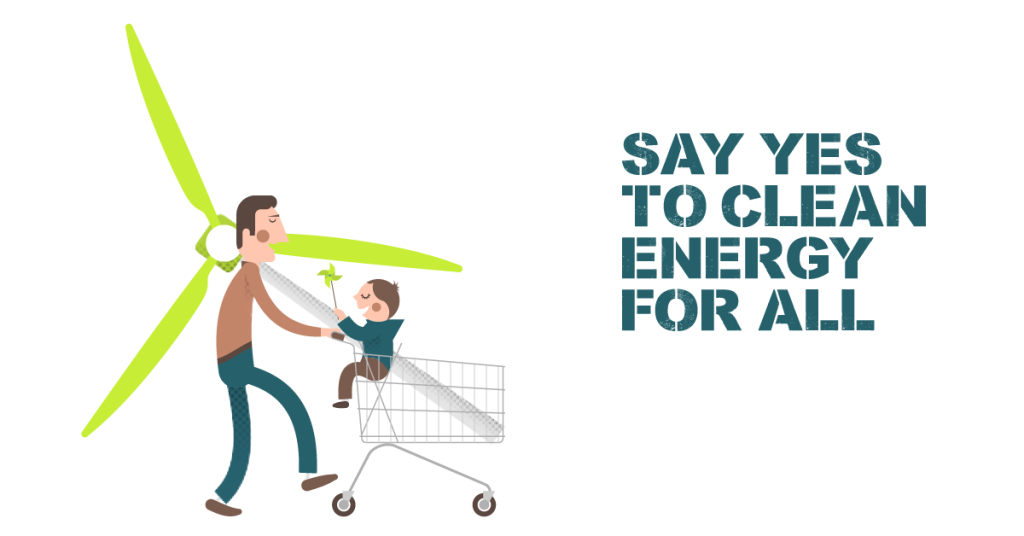 Finally, I used to think there was plenty of time to support community energy schemes but with cuts and changes to support mechanisms over recent months alone, the time to act is now. Unfortunately, these changes have left many people feeling uncertain and less likely to invest in community energy schemes, not realising that projects looking for investment right now have already secured levels of Feed-in Tariff (FIT) subsidies. However, if no one invests in the schemes already underway they risk being shelved after all. As such I felt it was really important to show solidarity to some of the fantastic projects out there that have yet to become a reality.

Why there is current rush for investment
Up until now, shares in community energy projects have been able to benefit from tax relief, in particular the Seed Enterprise Investment Scheme (SEIS) and the Enterprise Investment Scheme (EIS). These provided an additional incentive for people to invest and often helped to build momentum around new projects.

Sharenergy, a co-operative that helps set up community energy schemes and run related share offers, explains EIS as follows: “Mary is a qualifying taxpayer who invests £10,000 in EIS qualifying shares. The EIS relief available is £3,000 (£10,000 at 30%). If her income tax liability for the year (before EIS relief) was, for example, £8,000, she could reduce it to £5,000 as a result of her investment.”

However, at the end of October the UK Government announced that it will scrap these tax incentives instead of merging them into a new scheme as originally proposed. This gives investors and community energy schemes just until the end of November to raise finance that will benefit from EIS or SEIS. In the meantime there are a host of community energy projects across the UK that depend on share investment.

In the Scottish capital the Edinburgh Community Solar Co-operative is looking for people to invest in what will be the UK’s largest community-owned urban solar scheme. Rumbling Bridge Community Hydro Society in Perth and Kinross is currently developing the UK’s biggest community hydro scheme. Applecross Community Hydro in on the Scottish coast is developing a 90kW scheme. Nadder Community Energy has a share offer for a 440 kW solar project in Wiltshire. Heartland Community Wind is still looking for minimum investments of £100 for its two wind turbines, for which construction has already begun. On the Shetland Islands, Fetlar Wind hopes to raise money for two turbines, which will save an estimated 85 tonnes of carbon emissions. The Ponoma Solar Co-operative in Herefordshire is raising money to extend its exiting solar project before FITs get slashed in January. Carmarthenshire Energy in Wales is running a share offer for its first community-owned wind turbine. Awel Co-op 20km north of Swansea is raising funds for two wind turbines. Brighton Energy Co-op has an ongoing share offer for local renewable energy projects. Bristol Energy’s share offer for a solar project closes on the 23rd of November. Community Energy Merseyside is installing solar panels on four community buildings and one school. Exeter Community Energy launched its share offer for a solar project in Devon. Western Community Energy Society Limited in Killington is developing its Rainpower Hydro project in Cumbria with a 50kW Archimedes screw (see picture for an example of Archimedes screw), closing Friday the 13th of November.

To limit dangerous climate change we must rapidly change our energy system from dirty fossil fuels to one powered by renewables. National plans submitted by Governments ahead of the Paris climate talks still put us on course for almost 3C of temperature rises. Politicians are failing to act with the urgency needed so people must continue to lead the way in the energy revolution.


This article should not be interpreted as financial advice. 🙂