We also debated whether leaking methane is covered by waste rules, rather than a ‘byproduct’ as Dart want.  This is particularly important because of the continuing uncertainty over how much of the development is covered by pollution controls.  Methane is an important greenhouse but the only legal powers to control it are to do with waste, water pollution or toxic chemicals.

We talked about the planning conditions that might be necessary in the regrettable event that the development goes ahead.  We have already won a planning condition which says they cannot frack.  After going over the mistakes made over opencast coal sites, we covered the need for a financial guarantee or restoration bond to pay for the site to be restored and for monitoring to be continued well into the future, even if the company goes bust leaving ‘orphaned wells’ (or Orson Wells, as it is hard not to say). 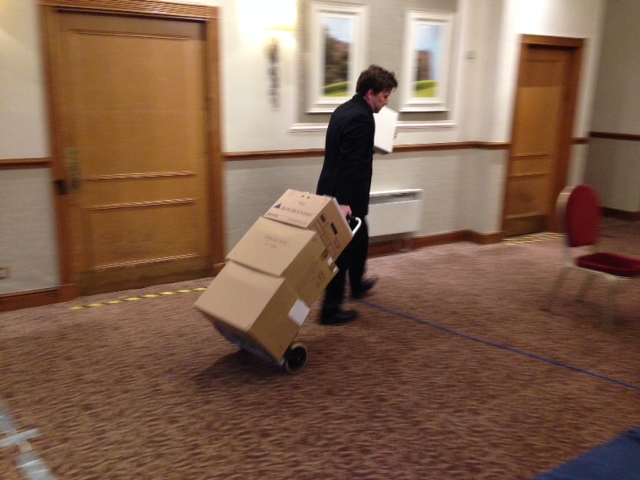 We pressed on guarantees that monitoring data collected on air and water comtamination, and on methane leakage by Dart would be available to the public rather than kept confidential.

Right at the end, after 6:45pm and followining some interesting competition with a disco in the next room, we got to make the case for buffer zones between the development and people’s homes, like the 2km ones that protect 95% of the at-risk homes in New South Wales.  This is now Scottish Labour policy and the Planning Minister supports buffer zones but is still thinking about whether to name a distance.

Fingers crossed that we never need any of these conditions …

Today brought an end to the Inquiry’s evidence sessions.  Tomorrow the Reporters and objectors go on a tour of the development site, in a few weeks the lawyers make final submissions, then it all goes quiet for months while the Reporters have the unenviable task of sifting through the plethora of facts and expert opinions, often conflicting, with which they have been presented.