Today was the first day at Falkirk Stadium, rather more cramped than last week’s venue, but with much more reasonable prices for tea … 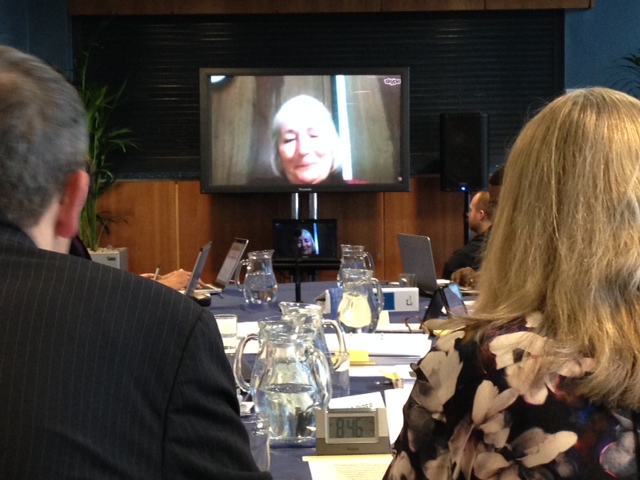 We hosted Dr Lloyd-Smith last year for an event in the Scottish Parliament and another in Falkirk, and her visit attracted lots of media attention, including an appearance on Newsnight.  She faced a tough session today with Dart’s QC doing his best to discredit her, although he inadvertantly let her mention Dart’s defunct proposals for inner-city drilling in Sydney and got his sodium chloride (table salt) and potassium chloride (not table salt) mixed up.  The line of questioning about communities of 1000 houses being protected by buffer zones implied that Dart don’t think small communities and individuals deserve protection.  The community’s QC led her through detailed questions about the chemicals used in the unconventional gas industry, including the lack of information on exactly what Dart propose to use.

Dr McCarron is a GP who surveyed health impacts in gasfield communties in Queensland.  She found symptoms of exposure to air-borne hydrocarbons including neurotoxin toluene, with children particularly affected. She concluded that not even the rainwater was safe.  There was a lengthy ding dong over a report from Queensland’s Department of Health with points scored on both sides.

Norman Philip, coordinator of our Falkirk local group, was kind enough to give us a lift from the train to the stadium.  The group’s blog is here.