It’s time for a fossil free Church of Scotland

On Tuesday 24th May the Church of Scotland votes on whether to start moving their money out of fossil fuels.

As a major Scottish organisation the Church of Scotland can show moral leadership on climate change by rejecting dirty energy and instead supporting the green economy.

To make this happen we need thousands of voices to encourage them to act. 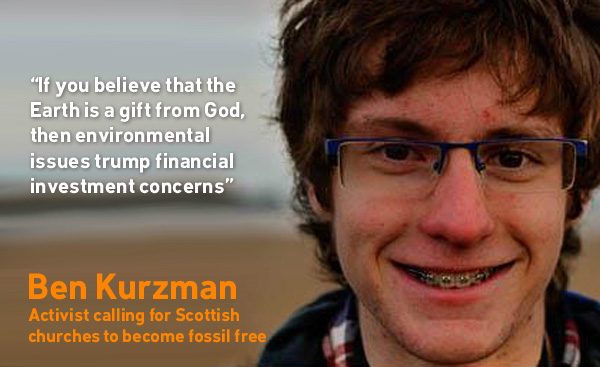 The petition was started by members of the Church of Scotland Youth Assembly who have led a long campaign calling for the Kirk to divest. We want to tell the Church: now is the time.

Spread the word by sharing this blog with friends and family now.

If you’re a Church member you can also do the vital job of encouraging parish commissioners attending the General Assembly to support divestment.

The Church of Scotland will be voting on whether to partially divest from fossil fuels in their pensions and investment trusts, the later of which is worth at £265 million. You can read the motion for discussion in the General Assembly papers at this link (go to p.182).

We want full divestment: so whatever happens on 24th May this isn’t over and done with. But if they make their historic decision to begin divesting the Church will follow the excellent lead set by the Church of England, United Reform Church in Scotland, and Edinburgh, Glasgow and Heriot-Watt Universities. 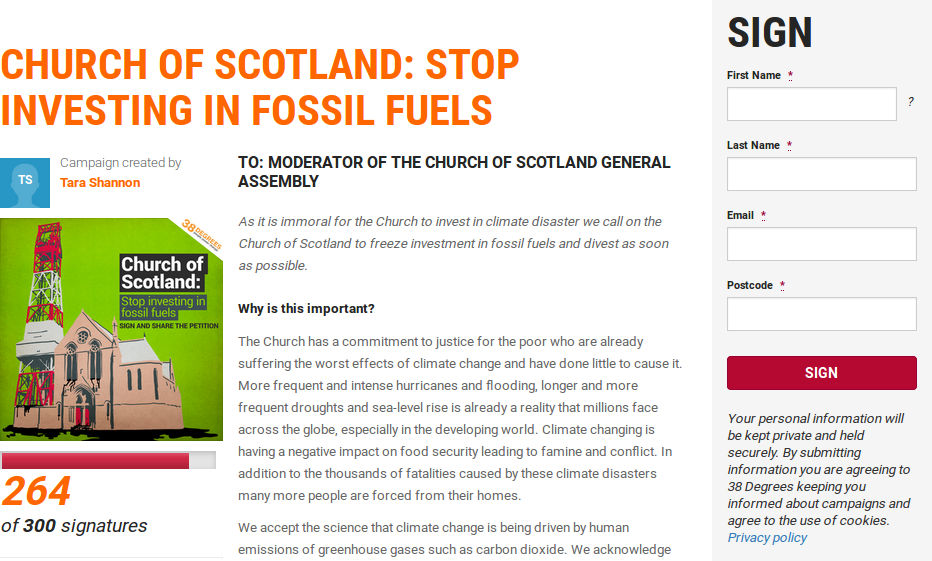 Stay in touch with the campaign by joining our Divest Scotland campaign.