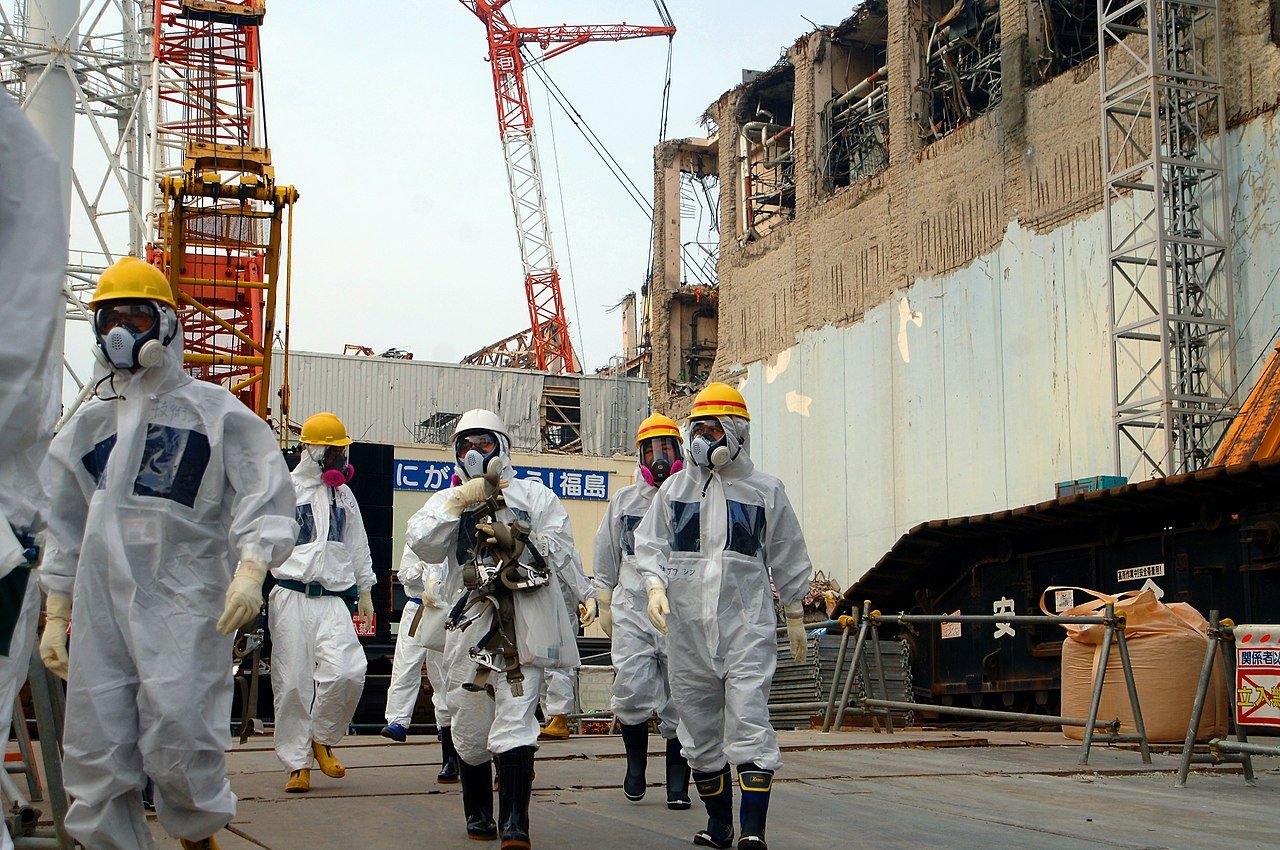 A decision to dump Fukushima’s radioactive waste water in the Pacific is causing outrage in Japan and beyond.

I wrote recently about the on-going problems in and around the Fukushima Daiichi nuclear plant ten years on from the meltdowns and explosions that destroyed three of its reactors. One of the issues I highlighted was the growing volume of radioactively-contaminated water in the emergency tanks that have been built on site. These are nearly full and yet more water continues to flow through the highly radioactive areas of the dead reactors.

Last week the Japanese government decided to discharge this water into the Pacific Ocean, a move strongly condemned by our sister organisation Friends of the Earth Japan and many other groups including the local fishing industry.  A joint Korean-Japanese initiative has delivered a 65,000-strong petition, signed by people and organisations from 86 countries.

Both water pumped into the reactor buildings to cool the nuclear fuel debris and groundwater become contaminated and this water goes through a treatment plant before being stored in emergency tanks built on the site since the disaster. There are nearly a thousand of these tanks and they are all expected to be full by the middle of next year.

The treatment plant removes some radioactivity but the water is still contaminated with a variety of radioactive elements, with nearly three quarters of the stored water above legal levels for one or more. The new plan is to treat the water again and pump it into the sea over several decades, likely still at a level of radioactivity ten times that which the plant was allowed to emit before the disaster.

Many people in Japan are acutely sensitive to pollution of the oceans because of the Minamata Bay disaster in the 1950s. Large quantities of mercury were dumped in to the bay from a chemical plant over a period of more than 30 years.  Nearly a thousand people died and more than two thousand were made ill by eating contaminated fish and shellfish.

Not surprisingly the local fishing community around Fukushima are among the most vocal in opposing the ocean dumping plan.

Opponents of the plan point to two alternatives for dealing with the contaminated water. The most obvious is to build massive permanent water tanks, like those commonly used around the world for storing oil.

Twenty of these tanks would be enough to handle the current water and that generated over the next 50 years.  The other option is to mix the water with cement to create a solid waste which locks in the radioactivity, a solution already used at the Savannah River nuclear site in the US.

Just pumping your radioactive waste out to sea means you can forget about it, storing it on land in one form or another means you have to keep looking after it for decades or centuries. Sadly the Japanese government have opted for the cheap and cowardly route.

The days when we could simply use the oceans as a dumping ground for pollution, radioactive waste and old weapons have been coming to an end but the new controversy around the contaminated water from Fukushima shows that the arguments have not yet been won.

A version of this article appeared in The Scotsman on 22 April 2021. Dr Richard Dixon is Director of Friends of the Earth Scotland.