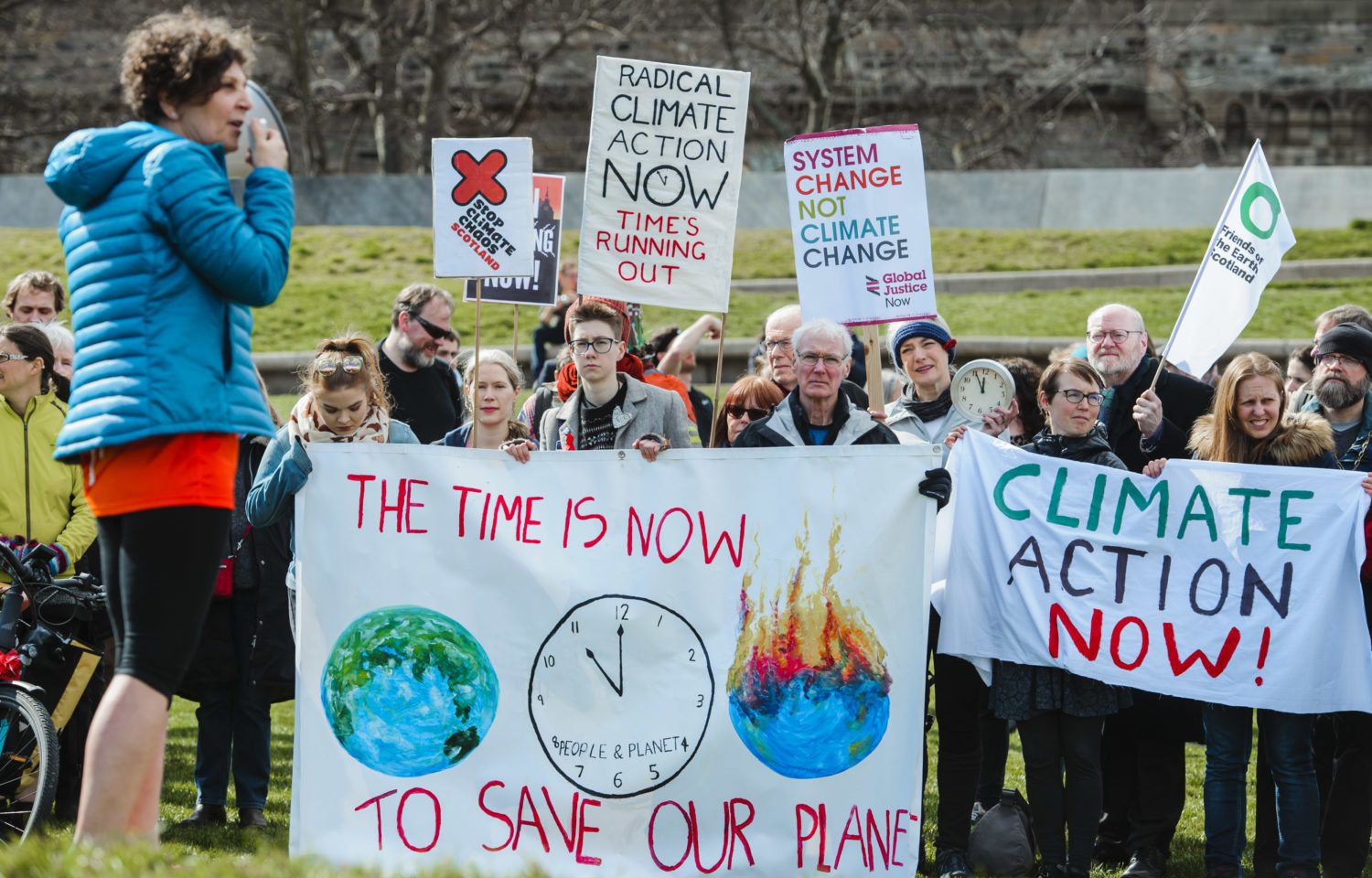 We all know that the world is in a state of climate emergency. While we’re not yet feeling the impact on our lives here in Scotland, for millions of people in the Global South – people who have done the least to contribute to climate emissions – the climate crisis is a daily, devastating, reality.

The Scottish Government committed to bringing in “a new Climate Change Bill to implement the Paris Agreement”, but as it stands the draft law fails to deliver on this promise, and fails to deliver climate justice for the thousands of people whose very lives depend on urgent action to limit the most dangerous climate change.

With just days left before the final vote on the new law, we need to keep the pressure up to make sure that Scotland does our fair share of tackling the climate crisis.

We need to see rapid, far-reaching, transformational change in the next decade

Last year, the IPCC Special Report on Global Warming of 1.5C warned us that to limit global warming to 1.5ºC requires “rapid, far-reaching and unprecedented changes in all aspects of society” – stating that action between now and 2030 is crucial.

At the same time, research from Professor Kevin Anderson and colleagues showed that “Scotland will exceed its Paris 2°C commitment in under 10 years at current CO2 levels”. In other words, if we carry on as we are in Scotland, we will have used up our entire carbon budget to keep below 2ºC in less than 10 years – let alone 1.5ºC.

Despite this, the new Climate Change Bill so far fails to increase action over the crucial next decade.

The Government’s proposed target to cut emissions by 70% in 2030 (that’s a 70% reduction compared to emissions in 1990) is only a marginal increase in effort (about 4%) over the next decade compared to the targets set under the current Climate Change law, passed in 2009.  This is clearly not an adequate response to the Paris Agreement.

The decision to delay any significant additional action to cut emissions until after 2030, while millions of people are already living with dangerous climate change in their day to day lives, is unjustifiable.

In line with a report from Professor Kevin Anderson and our fair share of climate emissions, we’re calling for the 2030 target to be 86%.

Listen to the science

Government and some MSPs are claiming that they can’t “go beyond the science” of the government’s independent advisors – the UK Committee on Climate Change (CCC). However, the CCC themselves admitted that “it has not yet been possible to undertake a detailed analysis” on what can and should be done to aim higher over the crucial next decade.

They have not looked at the science of the global carbon budget, and calculated what Scotland’s fair share of that budget is, and therefore what our 2030 target should be.  Their report explains the ‘methodology’ they used to come up with a number for the 2030 target: “Our assessment of the interim targets takes the approach of drawing a straight line from emissions in 2020 to the date of net-zero”.

The ambition of our climate targets should be shaped by what climate science and climate justice demands in terms of a fair, equitable contribution to international targets, not by the line of a ruler.

On Wednesday 25th September, every MSP will have a vote on the new climate law.  In these final days before the vote, we have a real chance of persuading our politicians to do the right thing – so it is vital that we all act to keep the pressure on.

Please contact your MSP now – urge them to speak to their party leader, climate spokesperson and colleagues to back stronger targets for 2030.

The Greens, Labour and Lib Dems have all lodged amendments to strengthen the 2030 target (Greens 80%, Labour & Lib Dems 75%), while we expect the SNP to stick with their position of 70% – the target currently in the Bill.

The Conservatives haven’t yet stated how they will vote, so we’re particularly asking people to phone their Conservative MSPs and ask them to support a stronger 2030 target.

At this time pressured stage, I recommend phoning your MSP’s office to speak with them or leave a message with their team. You can normally turn up at their open surgery on Fridays without booking too. Remember that you have 8 MSPs – you can contact your constituency MSP and all your regional MSPs!

People power does make a difference. In 2009, campaigners like you managed to increase targets in the Climate Act at the very last stage. Let’s go for it again.