Lessons from the Braer disaster

28 years ago this morning the oil tanker MV Braer hit rocks in Quendale Bay, on the mainland of Shetland. Eventually the ship broke in half and over 6 days her cargo of 85,000 tonnes of light crude oil spilled out into the North Atlantic. You could smell hydrocarbons in the air 25 miles away in Lerwick. It was Scotland’s worst environmental disaster, but it could have been so much worse. 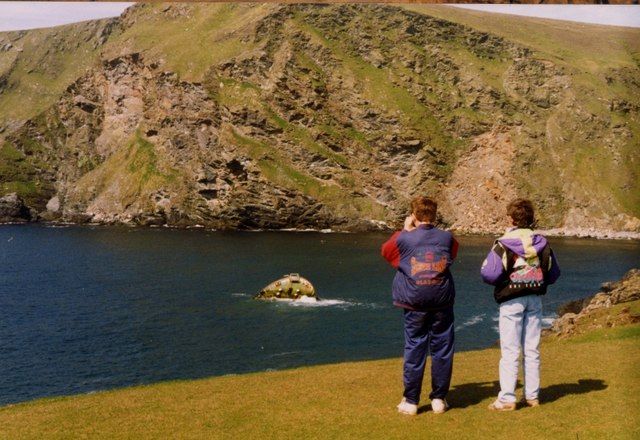 The Braer was on the way to Canada with oil from Norway travelling through hurricane force winds blowing around Shetland. Around 5am on the 5th January 1993 the crew reported a loss of power but they said the ship was in no immediate danger. An attempt to tow the tanker away from the shore failed and in the late morning she was well and truly stuck on rocks.

Over the next six days the storm and the rising and falling tides ground the ship against the rocks until she split in two. All her cargo of oil escaped.

At least 1,500 sea birds died and up to a third of the local grey seal population was affected, despite heroic efforts by volunteers trying to save wildlife. Local people also reported experiencing respiratory problems.

After plenty of legal wrangling £45m was paid out in compensation, much of it seven years after the actual oil spill. Local fishing restrictions were not lifted until the summer of 2000.

Unlike the heavy crude oil which blanketed beaches and waterways in disasters like the Torry Canyon and the Exxon Valdez, the Braer was carrying light crude oil. This is more like diesel than the treacly sludge of those other spills. Very fortunately for Shetland the continuing stormy weather blew the oil mainly away from the shore and much of it was dispersed by the rough seas.

The subsequent Donaldson inquiry recommended the stationing of massive sea-going emergency tugs in strategic locations around the UK including Lerwick and Stornoway. Over the years these two have been reduced to one tug based at Kirkwall. When the Transocean Winner oil rig ran aground in the Western Isles in 2016 the Kirkwall tug was 12 hours away. Even this provision was threatened with withdrawal and only saved by a public campaign.

Oil tankers are part of a vicious circle. The more oil we use the worse climate change gets, the higher the risk that another tanker will be caught in a storm it cannot cope with. And with the threat of oil production in the Arctic, the problems of dealing with any spill are magnified many times over.

It is not just tankers that lose oil. The North Sea oil industry accidentally released oil or gas 126 times last year, up from 100 times the year before, with three incidents classified as major in preliminary figures from the Health and Safety Executive.

This month Denmark, the largest oil producer in the EU, joined a growing list of countries which have decided to end exploration for further oil and gas and plan to phase out fossil fuel production entirely. Ending oil production is the only sure way of ending the risk of oil spills.