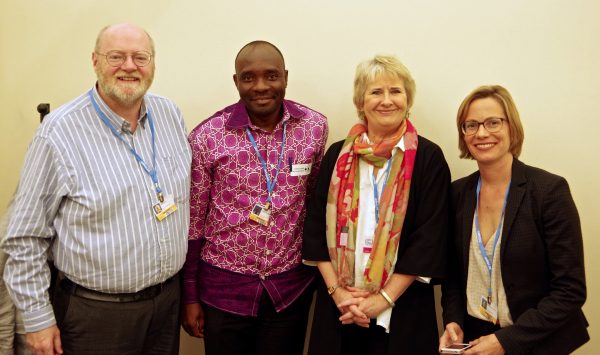 Many people would rather forget 2016 and its catalogue of mistakes, disasters and deaths. On the environment, we saw US President-Elect Trump start a witch hunt of climate scientists and propose putting climate sceptics and oil executives in charge of environmental protection and foreign policy. At the UN climate conference in Marrakech (pictured) there was little appetite to live up to the ambitions of the conference in Paris a year earlier. Brexit threatens 40 years of environmental gains. The UK government approved the first new nuclear reactors since Thatcher, overruled massive local opposition to approve fracking and went backwards on renewable energy.

But Scotland provided one of the few good examples at Marrakech – a country which is reducing emissions and planning to increase its already ambitions climate targets. Tidal power is racing ahead, renewable energy is providing almost 60% of our electricity and we banned Underground Coal Gasification – the first time Scotland has said no to new fossil fuels. Longannet power station, once the largest in Europe, closed in March, for the first time in 115 years no coal is being burnt in Scotland to make electricity. For a country which virtually invented the Industrial Revolution, this is huge.

The SNP promised to double the 2020 target for community renewable energy, which we met five years early, and created a new target for 2030, as well as the pledge to increase climate targets.

2017 is going to be very busy. Early in the new year we will see a public consultation on whether to ban unconventional oil and gas, including fracking. No doubt INEOS will throw piles of cash at newspaper adverts, ‘expert’ opinion and public meetings to try to persuade people to love fracking. Even with their resources, they face an uphill fight, with communities across Scotland already gearing up for this struggle. A proposed new Bill from Labour may give the Scottish Parliament the chance to vote against fracking. Again.

At the same time we should see a new climate change plan, spelling out how Scotland can meet future climate targets in all sectors. The plan will be the results of a big computer model of all sectors in Scotland. This has been good at focusing attention on sectors which have not contributed much or any reduction in the past, like transport, but a big test of the results will be whether they are credible. Too much reliance on technical fixes sets us on a path to fail, as the VW emissions fixing scandal clearly demonstrates.

The same computer model has been used to produce an Energy Strategy, looking at where our power, heat and transport energy will come from in future. There will no doubt be lots of renewables, but the big question is what else might be in the future energy mix.

Not long after these three massive discussions, we should see plans for the new climate change bill with those more ambitious targets. These are supposed to help Scotland make a fair contribution to the Paris Agreements aim of keeping the global temperature rise below 1.5ºC – currently the world is on track for at least 3.5ºC of warming. With a proposed change in the accounting system it will not be straightforward to see whether what is offered really is more ambitious than the current Climate Act from 2009 and with 2020 so close at hand the most important targets will probably be those for 2025 and 2030, although it would be very disappointing it we are still aiming for the original 80% cut by 2050, rather than zero fossil fuel use rather sooner.

It’s going to be a very busy year for climate change and energy discussions. Just when the world needs some really good examples, we have the chance to lead and set Scotland firmly on the path to ending our use of fossil fuels and becoming one of the first fossil-free nations.

A version of this blog appeared in the Scotsman on 3rd January 2017.

Donate now to support our work in 2017