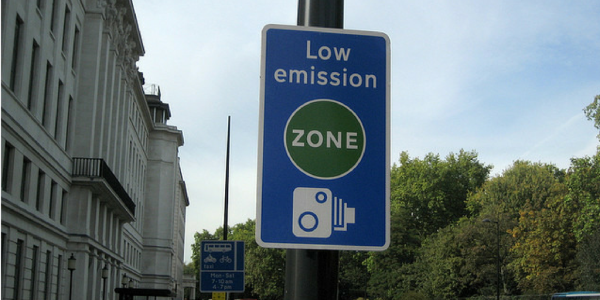 This Programme for Government has been heralded as the greenest ever, and when it comes to tackling our air pollution public health crisis – responsible for over 2,500 early deaths each year – there is plenty to smile about.

The Scottish Government built upon its promise to have one Low Emission Zone (LEZ) by 2018, and committed to work with local authorities to introduce LEZs in our four biggest cities by 2020 and, where necessary, in all other Pollution Zones by 2023. An LEZ is an area where access by highly polluting vehicles is restricted or financially penalised with the aim of improving the air quality. They are a major piece in the puzzle in tackling Scotland’s toxic air pollution.

In draft plans for LEZs, the Government announced an Air Quality Fund to support local councils with Pollution Zones, and pledged the introduction of an Engine Retrofitting Centre. However, it stopped short of a firm commitment to help to jointly fund LEZ infrastructure with councils. The Scottish Government needs to commit to funding the Zones, because ultimately, it and not local councils, are legally responsible for safeguarding our right to clean air.

What are the details?

When it comes to the 2018 Zone, the Scottish Government must announce as soon as possible where the first zone will be located, which vehicles will be affected, and what emission standards will be set. The obvious place for the first LEZ is Glasgow, because it has the highest death toll from air pollution, with over 300 people dying early from toxic air each year.

There are over 200 LEZs across Europe, but there are many different ways to introduce and implement a LEZ. For LEZs to work in Scotland, they must be bold: they must impose emissions restrictions on buses, lorries, and vans from the outset, and eventually cars. They should also set the highest possible emissions standards, and be properly enforced through automatic numberplate recognition technology.

What else is happening to clear the air?

There was a lot on transport to love about the Programme for Government announcements. Major positives include the doubling of the walking & cycling budget, the phase out of petrol and diesel vehicles by 2032, and the launch of a new Transport Bill which would include measures to improve local buses services. We could be witnessing the start of a step change away from our car-is-king roadscapes and towards fairer, cleaner transport where walking, cycling and public transport are put on an equal footing with cars.

LEZs have huge potential, and with all these announcements, it seems that the Scottish Government is getting out of first gear when it comes to cleaning up transport. However, there are many details that need to be fleshed out and I am not about to quit my day job as an air pollution campaigner.

A version of this article appeared The Herald on Thursday 7th September.