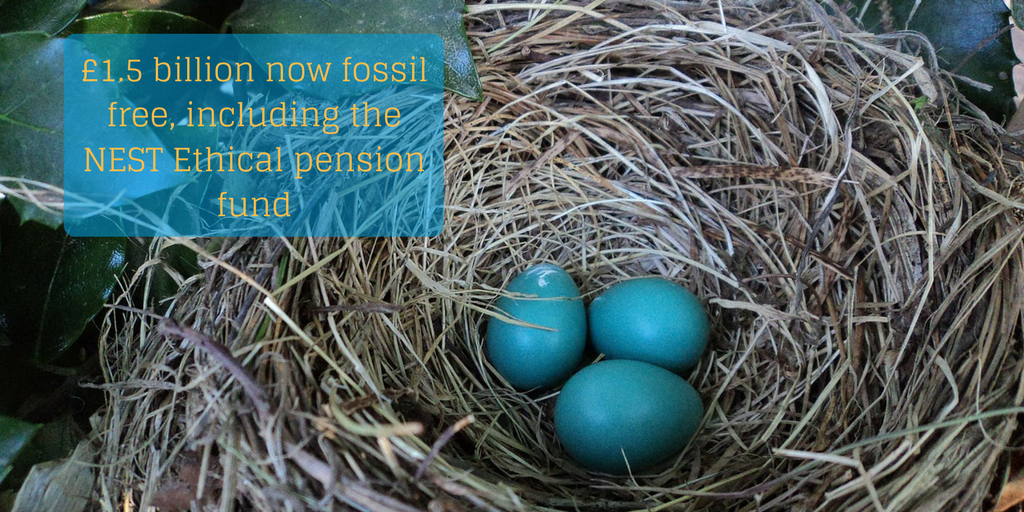 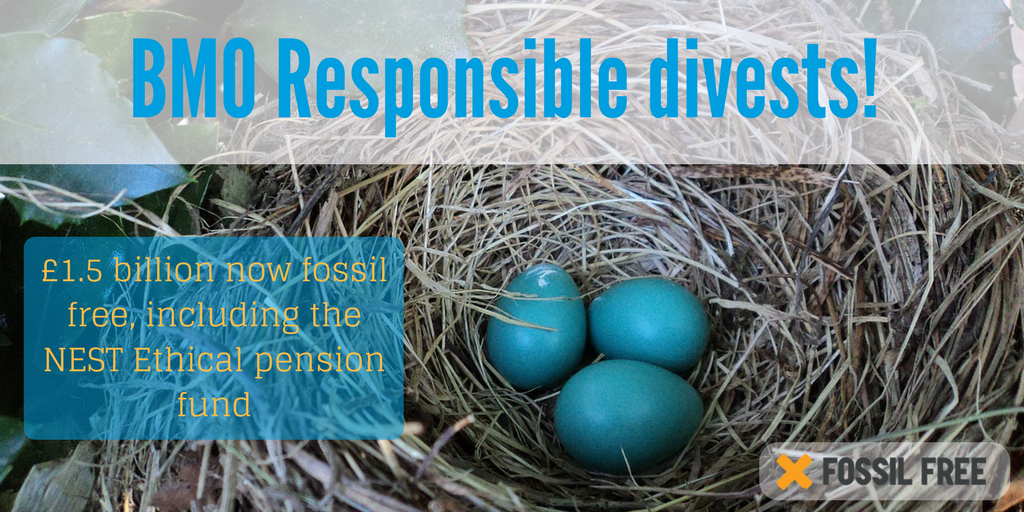 BMO Asset Management announced on Monday they will divest their entire ‘Responsible’ range of funds from fossil fuels by 2020.

You probably haven’t heard of BMO, but they are quite a major investment firm and their responsible funds are worth £1.5 billion.

BMO’s funds are used by a number of pension providers, including NEST, who were created by the UK Government to improve pension uptake. As of 2016 three million people were members of NEST and their membership is growing fast.

Friends of the Earth Scotland’s pensions are with NEST and we wanted to make sure the money being put aside for our retirement wasn’t driving the climate crisis. We heard a change of policy was being considered, so last month we gathered signatures from NEST members calling for BMO and NEST to divest.

In explaining their announcement BMO acknowledged the importance of campaigner pressure.

Vicki Bakhshi from BMO said: “We see a growing investor demand, from both institutions and individuals, for investment strategies that allow them to avoid investment in these companies.

“By implementing this policy not just on a single fund but our entire responsible range, we are offering a set of investment strategies that allow investors to align their beliefs with their desire for long-term returns.”

The news was reported widely, including in the Independent and the Guardian, and financial publications like Professional Pensions.

It followed from NEST’s own announcement earlier this year that they were going to gradually reduce the amount of fossil fuels they invested in across the scheme.

The divestment of pension funds, local governments, charitable foundations, faith groups and universities puts pressure on our governments to take measures to end fossil fuel use and protect the climate.