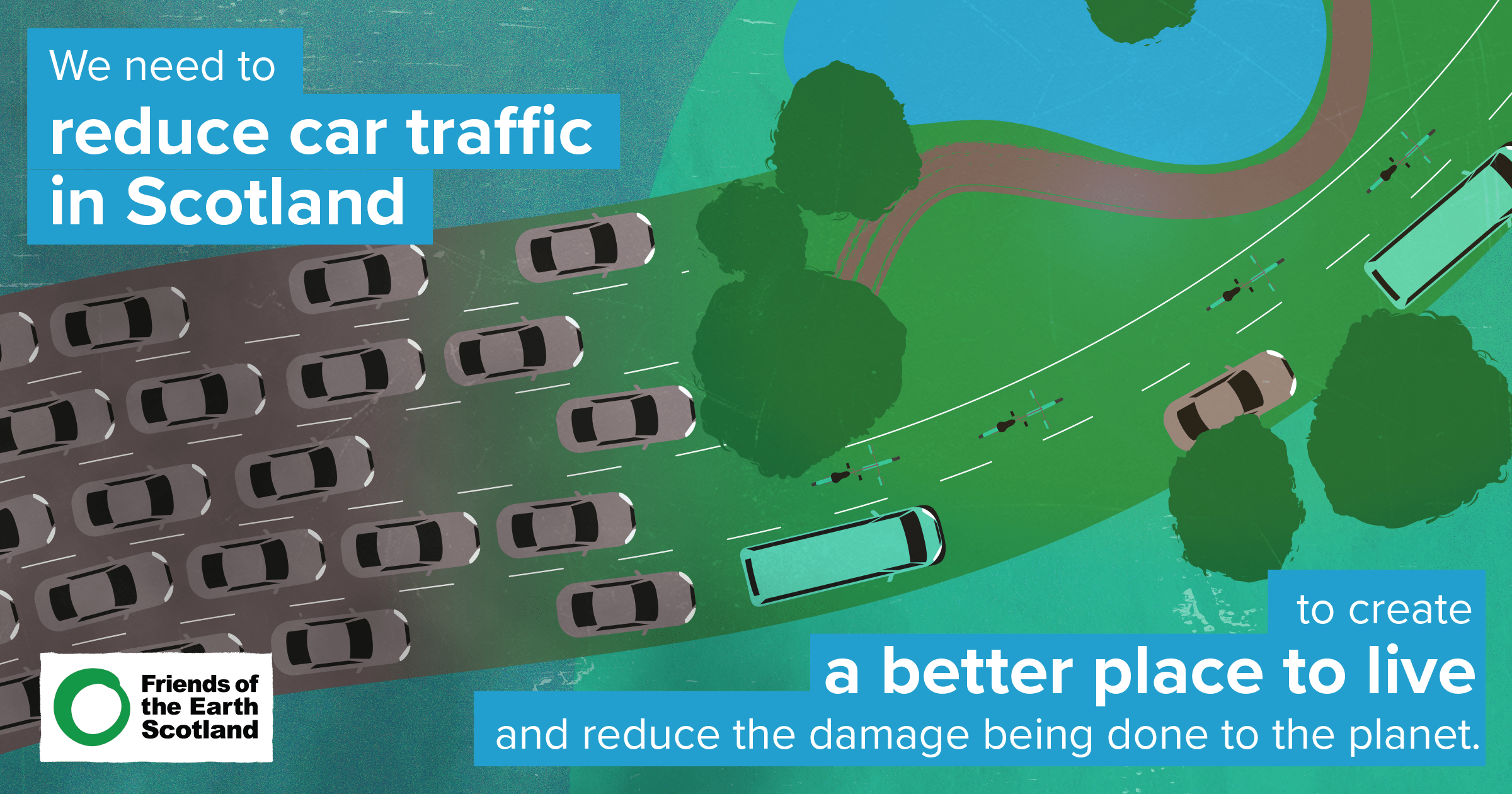 There have been huge changes to how, and how much, we move around since the pandemic began over two years ago. It’s still not clear which of these changes, like the proportion of us working from home, will remain long term – but we can be sure at this point that we won’t be entirely returning to ‘normal’. The council elections in May 2022 will see the first councillors being elected into this new environment, which presents huge opportunities to make lasting change for the better.

New council administrations will face significant challenges in helping us travel more sustainably. However, they’ll also have some new powers and, in some cases, will have access to a lot more money to do it.

Transport makes up around a third of all our greenhouse gas emissions in Scotland, and while some big reductions in emissions have been made in energy and other sectors, transport emissions have hardly changed in the past three decades. Alongside this, as we’ve been shouting about for years at Friends of the Earth Scotland, we also have persistent air quality problems in all of our cities due to transport.

The Scottish Government, with cross party support, committed to a huge reduction in emissions by 2030. This means we’ll need to see huge shifts in our transport system over the next eight years. They’ve also committed to a 20% reduction in car traffic in the same time period, and even more ambitious targets have been made at a local level from Glasgow and Edinburgh councils.

It’s in this climate that our councillors will need to approach the sometimes politically difficult tasks, such as prioritising other forms of travel over cars, head on.

Councils have new powers to start their own publicly-owned bus company, or start franchising the local bus network, which will give the council much more control. These powers were passed in the Transport Act 2019 and so these new council administrations are the first to ever have access to them. This has the potential to revolutionise our public transport in Scotland.

The same conditions are true of most of Scotland apart from Edinburgh with publicly-owned Lothian Buses. We need the same response.

Of course, there are costs associated with starting a new bus company from scratch or introducing a franchising regime. Councils will need real support from the Scottish Government to do so, which so far hasn’t been forthcoming.

As part of the SNP-Greens coalition agreement in August last year, one of the commitments was for an increase in active travel spending, meaning walking, wheeling and cycling.

By 2024-2025, 10% of the transport budget will be allocated for active travel. It’s currently around 3 or 4%, so in the coming years there’s going to be a lot more money available for councils to improve our pavements, build safe cycling networks and make our streets safer and greener.

The funding for active travel is available to every local authority but not all of them are taking full advantage – some of them barely access it at all, which must change. Glasgow has some big projects underway thanks to this cash, with the Avenues project which is taking lanes of traffic away and adding cycle lanes, trees and benches.

Unfortunately, we’ve seen the toxic debates that can explode with even quite modest cycle lane proposals with a very noisy pro-car lobby. This can make councils nervous about improving conditions for walking, wheeling and cycling, and is why we need to be vocal and visible on what we want to see too. Tell your local councillors that you want to see this cash being spent in your area.

The only way we can transition from a car-dominated transport system fairly is by letting communities take the lead. The discussion, on what a sustainable transport system looks like, needs to be open to everyone. It’s clear that what will be most beneficial in central Glasgow is likely to be different to a rural area of the Highlands. The needs will be different for every community and councils need to hear from everyone on what will make their area better, safer and easier to get around.

If you want to get involved in pushing for change on transport in your local area, we’re holding a series of online workshops.

These workshops will help you think about what you’d like to see in your local area to make it easier to get around sustainably, and help you work out how to make it happen. No prior knowledge or experience needed, this is open to everyone.

Attend an event
Read our council manifesto
Donate to our work
This site uses cookies to store information on your computer. To find out how we use them please view our Privacy Policy.Accept AllNo Thanks
Manage consent