For a while this meeting looked like it might be that rarest of things, a UN climate conference that actually finished on time rather than running into Saturday or even Sunday. But, true to UN form, talks broke down last night, the Moroccan chair produced a compromise proposal at 2:30am and the public session to discuss it slipped from the initially advertised 11am to a new time of 3pm. Then 4pm. Then 5pm. People hung about at 5 but in the end the meeting didn’t get going for another 40 minutes, chaired by a deputy because the Moroccan minister who is the chair of the conference was no doubt off knocking heads together on some key issue of disagreement. 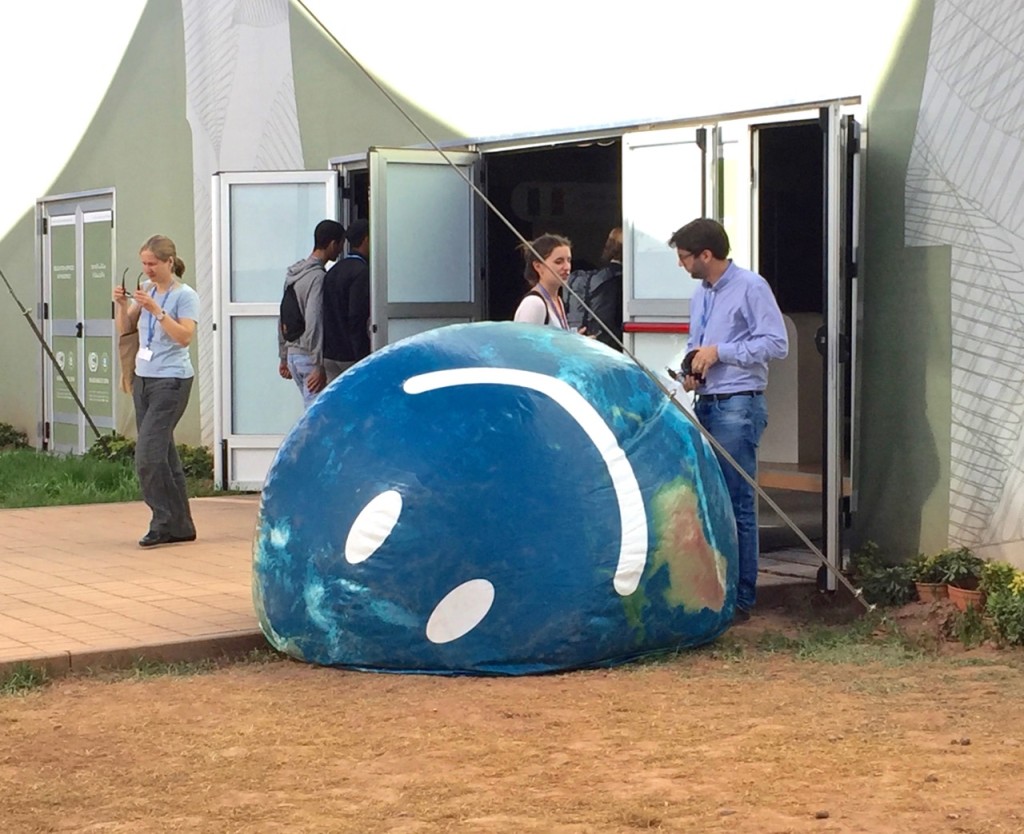 As I write this, countries are preparing to argue at length over single words in the official final documents from this meeting. We could be here for some time. Stalls are being dismantled, catering staff going home, who knows if there will be buses back to town when we finish. At some point people will come to dismantle the village of huge marquees that has served a supposed 20,000 people for the last two weeks.

This meeting has been good and bad. Good because the world presented a strong united front against the threat of Donald Trump trying to slow down action in the US and disrupt the international process. Good also because important technical issues were hotly debated and (in the current draft at least) resolved the right way. One of these is the Adaptation Fund, created here in Marrakech at a previous climate conference in 2001 and a vital mechanism to help the most affected countries deal with the devastating consequences of climate change, now and in the future. This was in serious danger of being scrapped but looks to be safe. Good too because the African Renewable Energy Initiative is getting lots of support and similar initiatives are brewing in other regions of the world. Good also because further delays and dodgy accounting rules were fought off.

But the bottom line is still about those temperature targets in the Paris Agreement. In a Freudian slip earlier this week the UK climate minister, Nick Hurd, revealed that he wasn’t taking the 1.5ºC target seriously and “well below 2ºC” had become just 2ºC in UK thinking. Any rich countries serious about 1.5ºC would have to urgently develop plans to rapidly reduce emissions as soon as possible – as Scotland is doing right now – but in the official session on increasing ambition most developed countries just talked about their plans under the Paris Agreement, plans which don’t even start until 2020. There was some new money to finance both adaptation and cleaner development put on the table by several countries but there is still mistrust over whether the pledge for a big fund in place from 2020 will be met in full.

Marrakech will be remembered as the climate conference that put up two fingers to Trump but also for the lack of urgency in reducing global emissions.