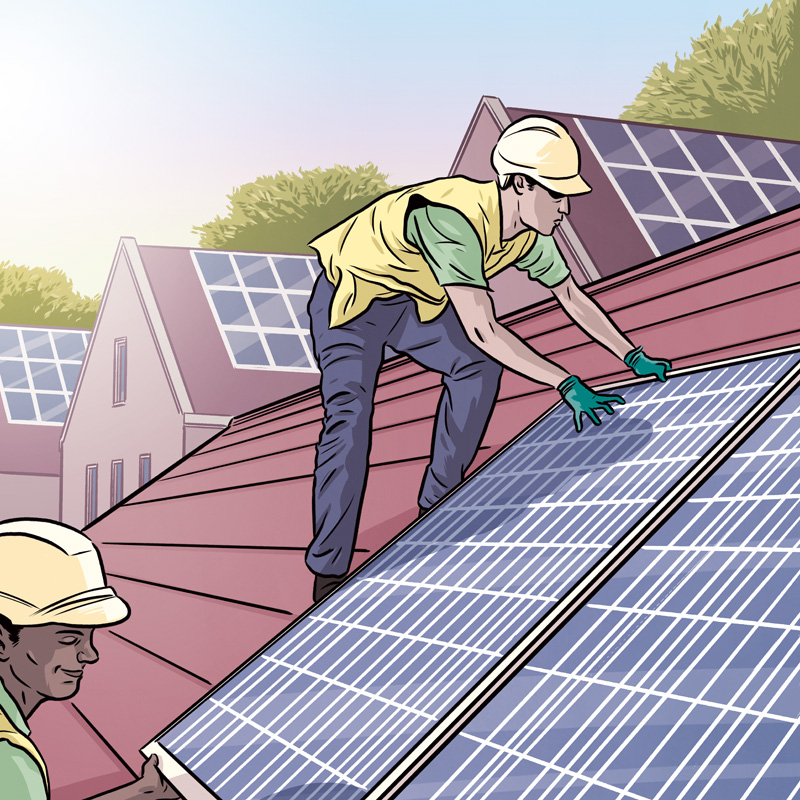 New report published: “Divest and Reinvest – Scottish council pensions for a future worth living in”

Our new report, ‘Divest and Reinvest: Scottish council pensions for a future worth living in’ was published on Monday 13 March. The report recieved widespread media coverage and has been sent directly to councillors and trustees. To read it in full download a printable PDF here or explore the buttons at Reinvest.Scot.

Scotland’s councils continue to invest in the companies most responsible for climate change, holding a £1,683 million stake in fossil fuel companies through their pension funds.

4.8% of the Scottish Local Government Pension Scheme is invested in fossil fuels – £3,300 for every scheme member. £543 million is directly invested in oil and gas and £113 million in coal. The majority of holdings, £1,046 million, were invested through intermediaries.

Councils invest in BP, who are fracking and drilling for oil in the Arctic as well as having a history of campaigning against subsidies for renewable energy, and BHP Billiton, the 12th largest extractor of coal in the world, currently mining in the centre of the Borneo rainforest and facing prosecution over Brazil’s worst ever environmental disaster.

Only three councils were found to be actively investing in socially and environmentally beneficial projects. The Strathclyde, Falkirk and Lothian Pension Funds invest a combined £234 million in renewable energy and social housing. Although encouraging, this represents just 0.7% of the Scotland-wide scheme’s value.

Pension funds are some of the largest investors in the world and with auto-enrolment requiring more people than ever to join have a pension, the money put aside for our retirement is set to become even more powerful.

Scotland’s local councils run the Scottish Local Government Pension Scheme, a £35.4 billion pension scheme with 505,769 members. The scheme’s advisory board estimates one in five of the population have a financial interest in the fund.

Pension funds are dependent on the future of the world economy and have the power to shape it. Councils must be willing to influence the pensions industry to ensure we all have a future worth retiring for.

335,000 households are on social housing waiting lists in Scotland and we are undergoing massive job losses in North Sea oil and gas, where production peaked in 1999.

Scotland has been leading the fight against climate change with world-leading legislation and carbon emissions falling considerably over the last 10 years. In 2015 world leaders, recognising that the burning of fossil fuels is damaging the earth’s ability to support life, signed a historic treaty aimed at limiting global warming to 1.5°C.

As the world shifts away from fossil fuels and towards renewable energy Scotland can continue to lead the way in tackling climate change by taking money out of fossil fuels and putting it back into local economies and sustainable jobs.

The Governor of the Bank of England has warned that the vast majority of fossil fuel reserves are unburnable if climate change is to be limited to safe levels as pledged by the world’s governments.

Some investors are taking bold action to limit climate change and the risks it brings by divesting from fossil fuels and reinvesting in sustainable projects. Eight universities and churches in Scotland have made a commitment to cut their investments in fossil fuels along with five pension funds elsewhere in the UK. Across the world 701 institutions, with total investments valued at $5.5 trillion USD, have divested.

No Scottish councils have any made a commitment to divest from fossil fuel companies. In fact the majority have never even discussed climate change and the risks it poses to their pension funds. Those who have, have done little to change what they invest in instead falling back on the practice of ‘engagement’ – persuading fossil fuel companies to transition to renewable energy – an approach to climate risk which has been widely debunked.

Ignoring climate change won’t make it go away. Council pension funds that fail to act on climate change will risk heavy losses and face the possibility of a legal challenge. If investors continue with business as usual the risk of financial and environmental catastrophe will only grow.

A public commitment to divest, such as that made by the London Borough of Waltham Forest or the University of Glasgow, limits exposure to risks and promotes the wider action on climate change we need to bring about a sustainable economy. Reinvesting in social housing and renewable energy will also help build sustainable local economies here in Scotland. This is something councils can do right now, within their existing structures.