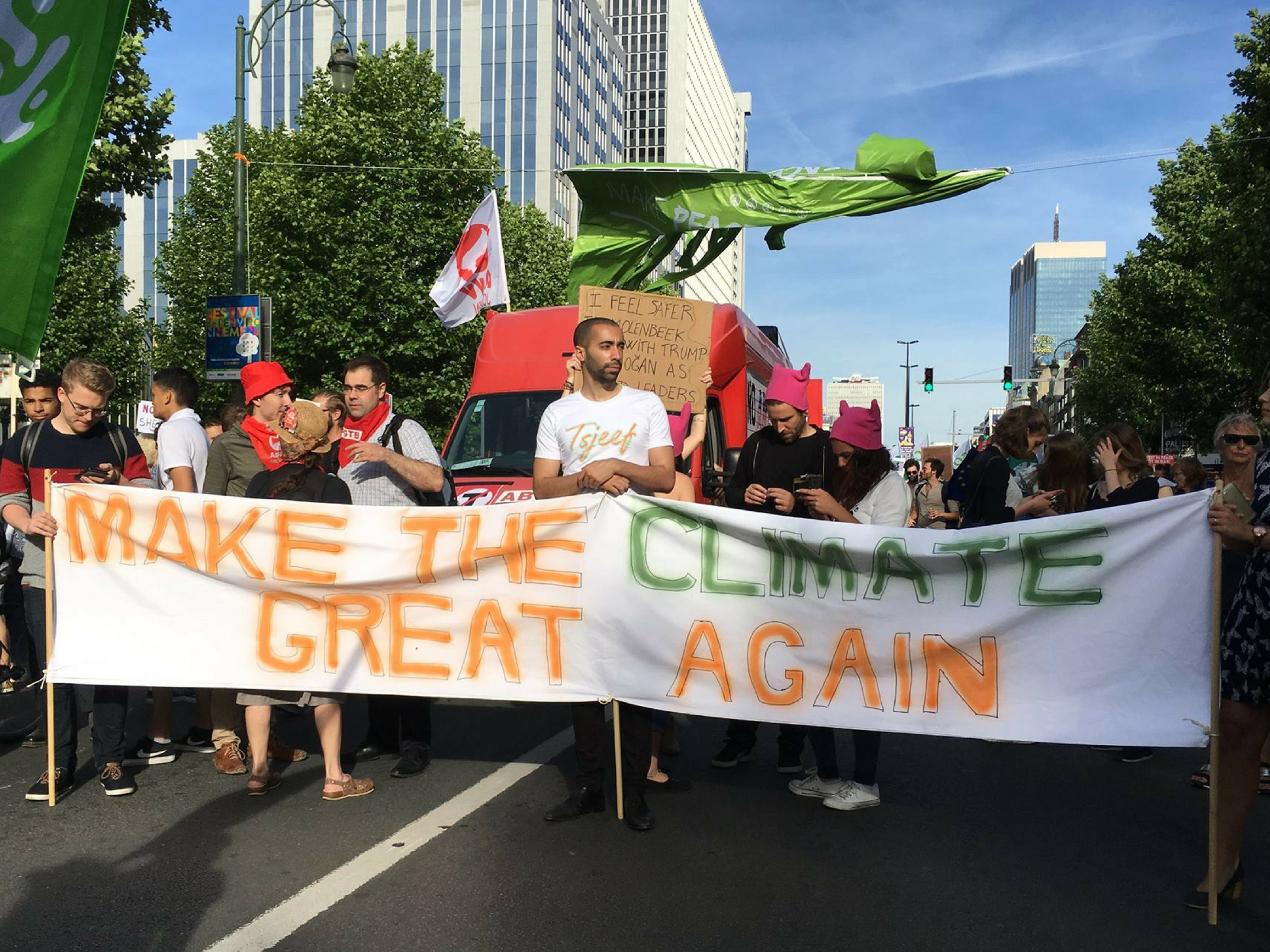 Let’s not give Trump what he wants on climate

You may have seen the news this week that Trump’s US Department of Agriculture has ordered all staff to stop using the term ‘climate change’ and not to talk about ‘reducing greenhouse gases’.

But despite all the power of the White House, the climate crisis isn’t just going to disappear if we all stop talking about it.

Ignoring it serves an injustice to the millions of people who are already feeling its devastating effects. This draft report by 13 US federal agencies concludes that Americans are feeling the effects of climate change right now. But the authors fear Trump will want to silence that warning too.

In the face of Trump’s wilful ignorance, ever starker warnings from scientists and record-breaking heatwaves, it would be easy to feel powerless. But this summer in Scotland, we have a unique opportunity to make our voices heard. We can influence the global fight by telling the Scottish Government we want even greater ambition from their new Climate Change Bill. We must take this chance.

The Scottish Government claimed that their new Bill would set much more ambitious targets for reducing climate emissions in Scotland, and that it would deliver our fair share of the UN Paris Agreement. But the truth is that their proposals fall far short of the ambition and action needed to honour the deal in Paris and ward off the worst impacts of climate change.

The government has proposed to do almost nothing extra between now and 2030, despite the science being clear that urgent action in the next decade is key if we are to stand a realistic chance of meeting the Paris goal of keeping global warming below 2ºC.

So we’re campaigning for the new Climate Change Bill to set tougher targets – 77% reduction in emissions by 2030, and to reach zero emissions by 2040. Targets will set a destination for our journey but we must also set out the steps along the path to take us there.

That’s why we are calling for the bill to bring in new policies that will reduce emissions (and our money) leaking out from our energy inefficient homes; to phase out the sale of new fossil fuel cars by 2030; and to drastically reduce the greenhouse gases released from fertiliser wasted in farming.

These are ambitious goals but given the scale of the challenge – from the science itself and those who want us to ignore the science – we need to get these targets in place. If Trump wants people to stop talking about climate, we need to put it front and centre, where it cannot be ignored.

Over the next few weeks we need to make sure that the Scottish Government hear from as many people as possible on the need for tougher targets and stronger action. The Climate Bill consultation closes on 22 September so we urgently need you to help us spread the word!

How can you help?

If you do only one thing, take our e-action now and call on the Scottish Government to deliver on their climate promises.

If you have a couple of hours:

Could you help us distribute campaign postcards and ask people to take action by signing their name? We’ll then hand these back to the Scottish Government at the end of the consultation. Email us and we’ll send you an action pack with postcards to hand out – maybe you could bring them into your work, ask your neighbours to sign or distribute them at a local event. (Don’t worry if you’re not a climate expert – you don’t have to be! We’ll send you some information on the campaign to help you talk to people about it.)

Whatever you have time to do, it all makes a difference. Let’s not allow Trump to stall much-needed action on climate change!