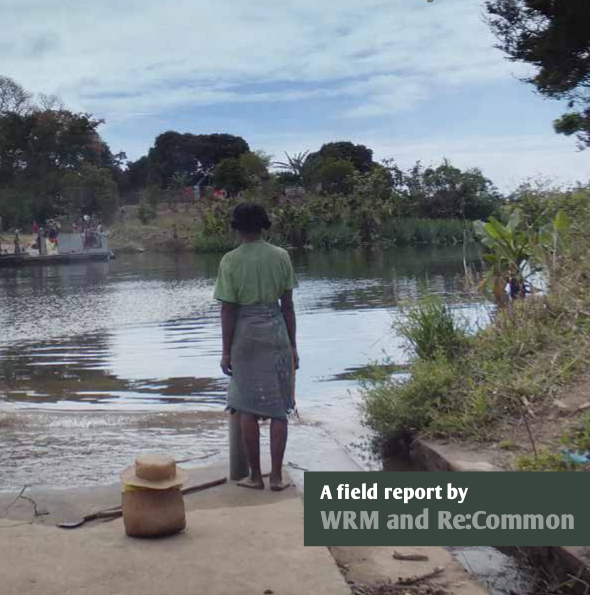 Previously on the Friends of the Earth Scotland blog we have looked at a company called Rio Tinto – a global mining giant and major coal producer – as an example of the kind of unsustainable company that we shouldn’t be investing in.

The month Rio Tinto are holding their annual meeting in London. To time with this environmental organisations Re:Common and the World Rainforest Movement have released a new report investigating another aspect of the company’s practices: their investments in offsetting schemes.In recent years mining companies have become actively engaged in promoting ‘biodiversity offsetting’ as a way of ‘greening’ the mining sector. The controversial claim is that biodiversity destruction in one place can be ‘compensated’ through the promise of restoring or protecting biodiversity elsewhere. One offset project in particular, the Rio Tinto QMM biodiversity offset in the Anosy region of south-eastern Madagascar, has been widely advertised as a biodiversity offset model for the mining industry.

What do those most directly affected by the Rio Tinto QMM biodiversity offset make of this pilot initiative in the mining sector?

Re:Common and WRM’s field investigation found that the reality is very different from the picture presented in the glossy brochures distributed internationally.

According to the report, little information has been made available to communities about what biodiversity offsets projects actually are and villagers had not been informed that what had been presented to them as a “conservation project” was actually designed to compensate for Rio Tinto QMM’s ilmenite mine destroying unique and rare littoral forest near the city of Fort Dauphin, some 50 km to the south of the Bemangidy-Ivohibe biodiversity offset site.

The report states that villagers at this biodiversity offset site felt that restrictions had been imposed without negotiation and with little regard for their situation. Their subsistence livelihoods are made even more precarious so Rio Tinto can increase its profits. A meeting with a conservation NGO involved in implementation of the biodiversity offset revealed that ethically deplorable methods have been used to ensure compliance with these restrictions on forest use.

Income-generating alternatives to alleviate the loss of access to the forest had been promised but have yet to materialise while severe restrictions on community forest use are already in place and the only place left for villagers to grow their staple food, maonic, are the sand dunes.