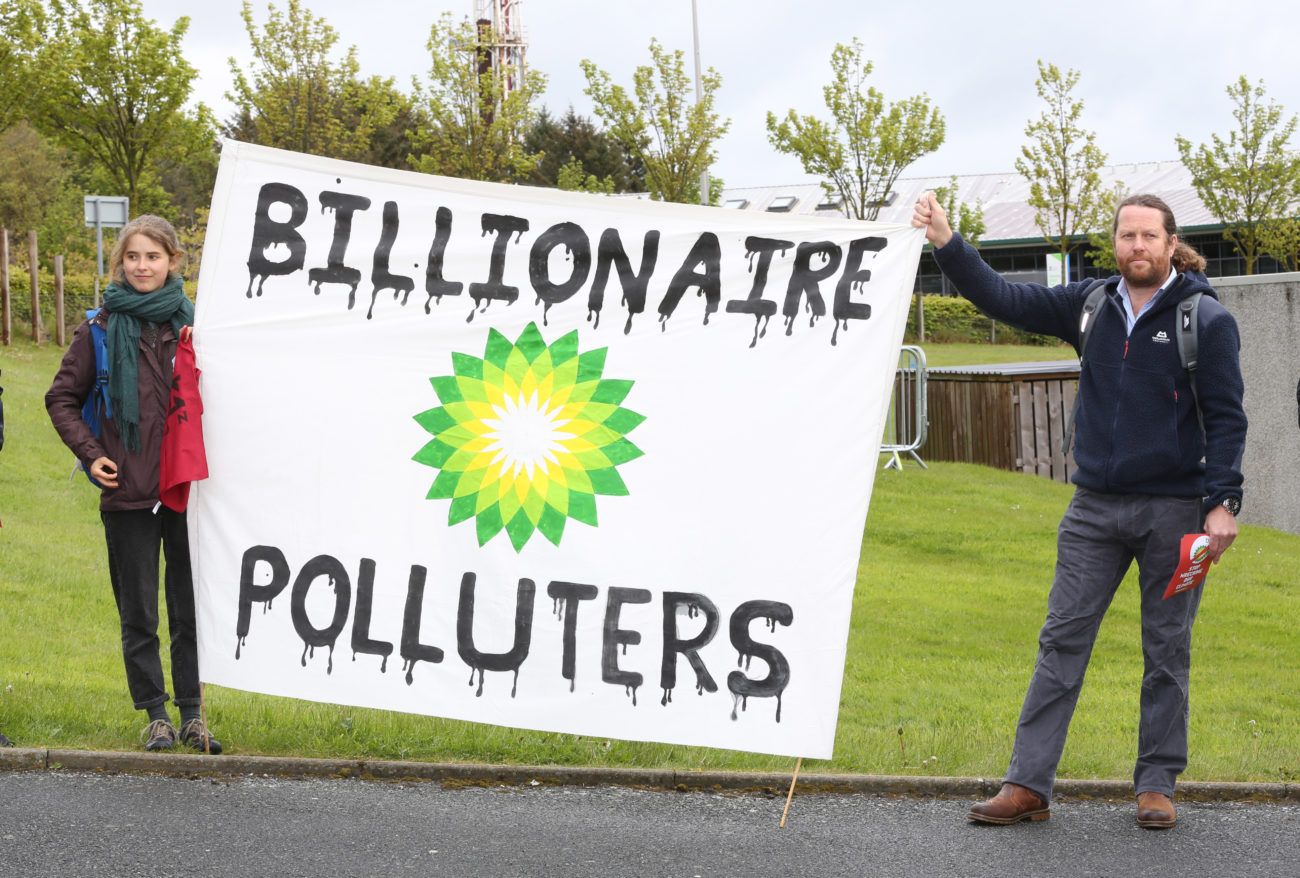 Last week the oil industry was having its annual jamboree in Aberdeen and telling everyone that the best way to reduce climate emissions is to let them take as much oil and gas out of the North Sea as possible. This desperate view from an alternate universe might be laughable if the Scottish Government were not colluding with it.

Let’s get real. Globally around three quarters of climate change is caused by our use of fossil fuels in transport, industry, heating and agriculture. If you run a company extracting oil and gas, climate change is mostly your fault. Apparently, the industry is ready to play ‘a “major role” in the net-zero emissions crusade.’ And it expects to still be pumping oil in 2050. In which case we are all stuffed.

Climate change is killing people, destroying livelihoods and pushing wildlife to the brink right now and it will get much worse. Climate-enhanced Hurricane Dorian killed some more last week. In a previous column I outlined how acting on climate change requires the end of oil production in Scotland in 10 or 15 years. And how that needs to happen through a transition to clean energy jobs which protects workers and communities.

If I was in charge, top oil industry people wouldn’t be able to spout their complacent fantasy on the telly because they’d be in jail for crimes against humanity.

And perhaps some of them eventually will be. The oil industry has known how serious climate change would be since the 1980s and the City of New York is suing ExxonMobil for covering it up. Our sister organisation in the Netherlands is taking Shell to court for not taking climate change seriously in their future business plans.

In the industry’s ‘Roadmap’ they talk extensively about the 3% of UK emissions that they are ‘responsible’ for, and promise to reduce this to ‘almost zero-emissions’ by 2050. This is disingenuous nonsense, designed to distract. Let’s be clear, they produce 3% of UK emissions while extracting oil and gas. The other 90% or so of UK emissions that come from actually burning the stuff are apparently not their problem. Improving extraction efficiency while ignoring the 30-times larger impact of the use of their product is like improving health and safety at a land mine factory – of course they should do that, should already have done it in fact, but it doesn’t address the core issue.

Finally, they get on to carbon capture and storage – extracting the carbon from oil and gas and locking it up underground – and the related potential use of hydrogen for transport and heating. Both of these would be massively expensive, use lots of energy and would only deal with some of the carbon in fossil fuels.

The obvious killer response is of course that if the oil industry really thought it should take climate change seriously and that carbon capture was actually a sensible response they would be using some of their multi-billion dollar annual profits – more than $50bn in 2018 for BP, ExxonMobil and Shell – to make it happen.

But of course they aren’t serious at all so instead they say that government has to lead. The UK Government spent nearly a decade running a £1bn competition for carbon capture that didn’t produce anything. It now has a ‘cost taskforce’ and an action plan that might see something operating at scale some time in the 2030s. After the time when we need to have shut down the oil industry.

Last week’s Programme for Government started quite well with Scottish Government saying support for the oil and gas industry would be conditional on an energy transition. Oil rigs into wind turbines ? Gas pipes into hydro schemes ? No, it transpires that this mostly means just buying into the industry’s fantasy world where oil can flow forever. The Scottish Government are doing lots of good things on climate change but they will all be for nought if they do not plan an end to oil extraction.

Dr Richard Dixon is Director of Friends of the Earth Scotland. A version of this article appeared in The Scotsman on Tuesday 10th September.