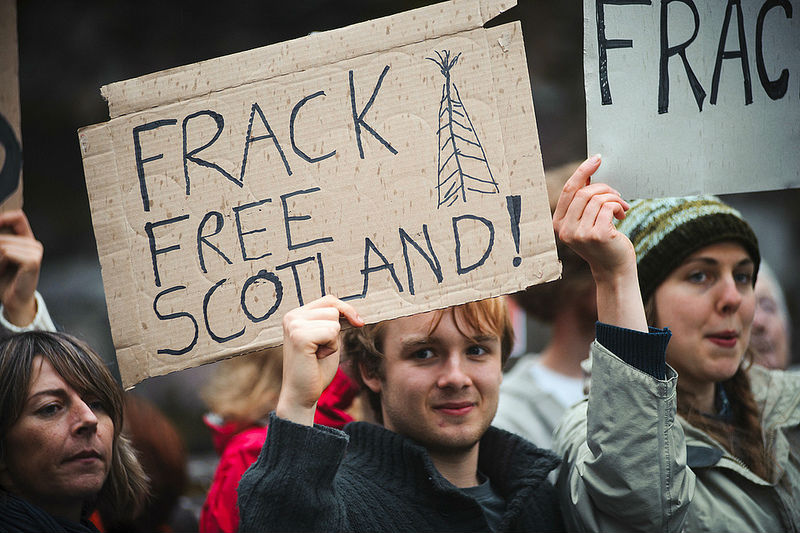 Open Letter to the Scottish Government

We, an alliance of groups from Scottish communities directly or indirectly at risk from the unconventional gas extraction industry, have come together to call on the Scottish Government to follow the example of other countries by implementing a moratorium on all forms of unconventional gas development in Scotland. The Scottish Government has the power to insist on a moratorium and can demonstrate its commitment by taking the responsible decision on the Falkirk public inquiry, to refuse permission to Dart Energy for commercial coalbed methane extraction.

We are supported in our call by increasing numbers of groups concerned about unconventional gas developments, by trades unions representing workers at risk of the health and safety impacts of the industry, and by organisations, scientists and public health researchers opposed to the negative environmental, health and economic impacts of unconventional gas extraction.

A responsible decision is one truly in line with the precautionary, community-led approach to unconventional gas assessment set out in the new Scottish Planning Policy, and which sends a clear message to Westminster that its gung-ho, undemocratic approach on this issue is unacceptable in Scotland.

The UK government has just closed the licensing round for exclusive rights to exploit Scotland’s onshore oil and gas resources. 20,000 square km of our heartland are on offer in what is home to 70% of the Scottish population and much of our most productive farmland and economic activity.

Every week, evidence is mounting that risks to public health, workers and the environment associated with this necessarily intensive industry are inherent and impossible to regulate away. Our experiences to date strongly indicate SEPA and the HSE are overstretched, under-resourced, and therefore ill-equipped to regulate exploratory drilling properly, let alone larger developments. The population density of the central belt, and its highly faulted and mined geological context, further exacerbate potential impacts. The idea that financial incentives can remedy genuine public and environmental health concerns is morally insupportable.

Every week more evidence calls into doubt the economic promises of the unconventional gas industry. Industry and banking whistle-blowers in the USA indicate that the onshore gas-drilling boom of recent years is little more than a financial bubble – less about energy production than quick-win gains for a few multinationals before the bubble bursts. It is diverting investment away from renewables, sending profits overseas. The industry’s promises regarding employment, cheap gas, energy security and climate impacts, are disingenuous and ill-founded. The collateral risks far outweigh any local economic benefit, and threaten over-arching local and national policy aspirations.

Every week it becomes clearer the UK Government will steam-roller ahead in its support of the unconventional gas industry, irrespective of counter-evidence and the democratically-expressed opinion of its electorate. In the month since the referendum, Westminster has sought to overrule Scots’ rights to be notified about and to object to shale gas drilling under our homes, has rushed through an amendment allowing operators to use any substance and leave it in their wake, has held an auction of Scotland’s heartland for fracking, and in July underwrote INEOS’s plans to make Grangemouth the ‘European hub of fracking’ with £230m of tax-payers money.

Thus we welcome Holyrood’s defence of Scottish citizens where it has made a vocal opposition to the Westminster approach and by taking direct responsibility for deciding the Dart public inquiry. We welcome the recognition enshrined in the new Scottish Planning Policy that a proper risk assessment of unconventional gas applications must involve the meaningful participation of Scottish communities who bear the burden of risk, and this must involve the operators’ full disclosure of all necessary information. But this does not go far enough.

Unconventional gas isn’t some far off prospect. Our communities, and others across Scotland, are facing the very real prospect of extraction on their doorstep now or in the immediate future.  There is a genuine risk that hundreds of wells will be drilled across Scotland only to demonstrate there is no economically viable resource, profiting the few at the expense of the public, environment, and economic health of the many, and derail our world-leading programme for long-term sustainable development.

We therefore call on the Scottish Government to take the responsible decision on the Dart application. Until such time as full and open public health impact and lifecycle environmental impact assessments have been conducted with effective consultation and conclusions satisfactory to all concerned parties, we call on the Scottish Government to implement a moratorium on all unconventional gas activity.

Friends of the Earth Stirling

Friends of the Earth Falkirk

Highlands and Islands Against Fracking

Our Forth – Portobello (Against Unconventional Gas Extraction)

Friends of the Earth Scotland

Hands Off Our Scotland