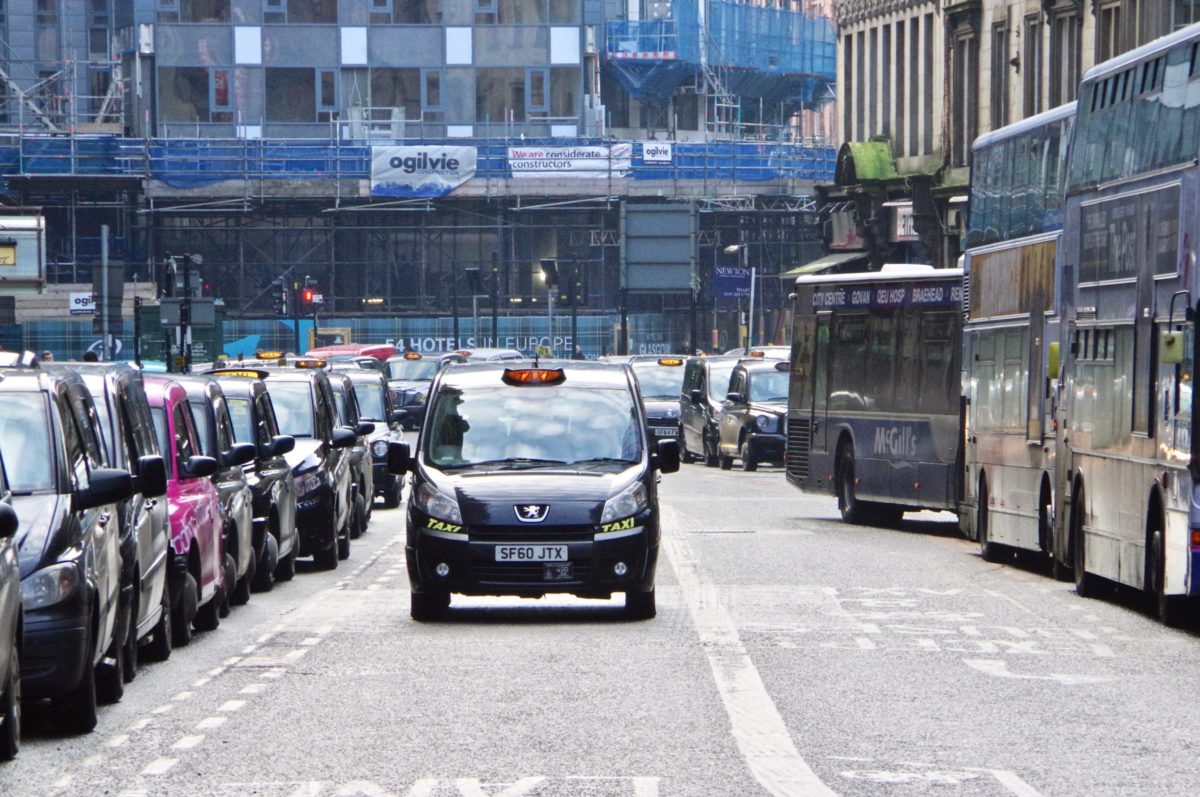 Our Streets of Shame

Home > Our Streets of Shame
21st January 2020 By Richard Dixon

At the weekend Friends of the Earth released our annual round up of the most polluted streets in Scotland. We found seven sites breaking European or Scottish standards designed to protect health. The overall picture hasn’t changed much, with some sites showing an increase and some showing a decrease.

It is perhaps too early to see the impact of the Low Emission Zone in Glasgow, with no clear picture from the measurements across the city and Hope Street still the most polluted street in Scotland. I have stood next to the monitoring station on Hope Street on winter’s evening and watched taxi after taxi drive slowly past it as the queue in the rank outside Central Station moves up the hill. Simply managing taxi movements better in Hope Street might produce a quite noticeable improvement in the readings from this station.

Our number crunching is based on the official air pollution data produced by fixed, automatic monitoring stations. This network is rather sparse so many councils carry out more detailed monitoring from time to time, which means there are actually many more sites which fail the standards around Scotland. These results mean there are still 38 official pollution zones across Scotland, in 15 of our 32 local council areas.

Last year was the first year of Glasgow’s LEZ and required only a very slight improvement in the emissions form buses in the city centre but this year a much more significant improvement is specified, meaning we should see a real improvement in the 2020 pollution levels. However, even if every bus were emissions-free this would still not be enough to meet standards everywhere, so the LEZ will be extended to taxi, lorries and cars over the next few years.

There will also be LEZs in Aberdeen, Dundee and Edinburgh from the end of this year. The proposals so far are a pretty mixed bag, with Dundee planning not to include their more polluted street in their Zone and Edinburgh proposing a complex two-tier plan which is in danger of displacing city centre pollution into streets further out.

Fine particle pollution near my home

Six of the seven sites which fail do so because levels of nitrogen dioxide are too high. The seventh fails because levels of small particles are too high. This is Salamander Street in Edinburgh. When the people who analyse the data do a review each year they often decide the final average for the year for this site is slightly lower than the provisional figures we are working from, so it is possible that Salamander Street will go from a bit over the standard to slightly under. Either way, and annoyingly for me, this is just round the corner from where I live.

There have been several sources suggested for the high levels of small particle pollution at Salamander Street. It is the closest monitoring site to the sea and sea spray throws off fine particles. There has been, and will continue to be, lots of building work in the area. There are ships in the docks which run their generators and industrial operations which use stationary diesel engines, as well as large open piles of fine aggregate lying about. And of course there is plenty of traffic, including HGVs travelling between the A1 or the Edinburgh Bypass and Leith.

A simple graph of average pollution during the week helps show the main culprits. Pollution grows from a low overnight level from about 6am, plateauing during the day and then tailing off again in late afternoon. Pollution is very much lower at the weekend than during the week. Although there is a clear signature of traffic pollution, there is also significant pollution coming from Leith Docks, mostly from activities during weekday working hours.

There is to be a new air quality strategy launched this year. It will need to be much tougher than what we have had so far.

Dr Richard Dixon is Director of Friends of the Earth Scotland. A version of this article appeared in The Scotsman on Tuesday 21 January 2019.