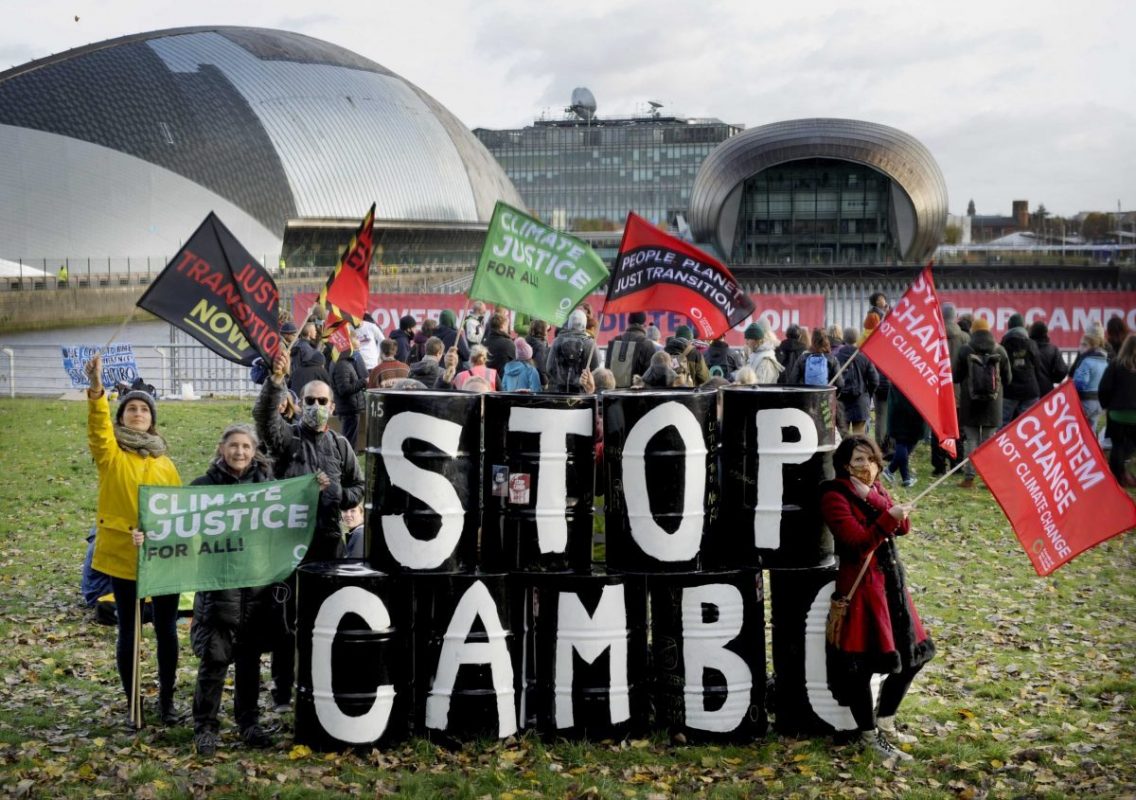 Environmental campaigners have condemned the decision by the UK Government’s oil and gas regulator to grant a 2 year extension to the licence to develop the controversial Cambo oil field.

This decision does not mean that the Cambo field has been given the go ahead for drilling, and campaigners say the extension merely delays the inevitable rejection of the field and the transition away from fossil fuels.

The UK Committee on Climate Change recently told the UK Government that giving consent for new fields and increasing UK oil and gas production will do nothing to bring down soaring energy bills. Oil and gas prices are set on a global market and the fuel produced is sold to the highest international bidder.

The Scottish Government, Labour, the Greens and the Liberal Democrats have all spoken out against the Cambo project due to the devastating climate impact of the 800 million barrels of oil it contains. 90,000 people wrote to Boris Johnson telling him to reject the project, and plans to open the field were criticised by global figures at COP26.

“The UK Government is trying to keep this doomed oil field on life support but they are simply dragging out the inevitable rejection of Cambo and the transition away from fossil fuels. There is no safe future for new oil and gas production in the North Sea, Cambo and all new field developments must be rejected.

“Shell and Siccar Point Energy have had years to develop the case for opening the Cambo field, and have failed. Two more years won’t make the project look any better in terms of its devastating climate impacts or the urgency of the transition away from fossil fuels.

“New fields approved today wouldn’t start producing for years, and would do absolutely nothing for people’s soaring energy bills. Any oil that these companies might extract in years to come will be theirs to sell to the highest international bidder, not reserved for the UK. The suggestion that increasing UK oil and gas production will protect consumers is simply false.”

“The Government must reject all new oil and gas projects and instead rapidly scale up renewable energy while supporting a just transition for those workers and communities currently reliant on the oil and gas industry.”

+++ Information on the licence extension +++

Oil and gas licences typically run for three successive periods or ‘Terms’.
The Cambo licence for the second term, which is for appraisal and development of plans, was due to expire on 31st March 2022. Typically, a licence would expire at the end of its second term unless the North Sea Transition Authority (previously the Oil & Gas Authority) has approved a development plan. In the absence of an approved development plan for Cambo, Shell and Siccar Point Energy requested a time extension to the licence, which has now been granted.