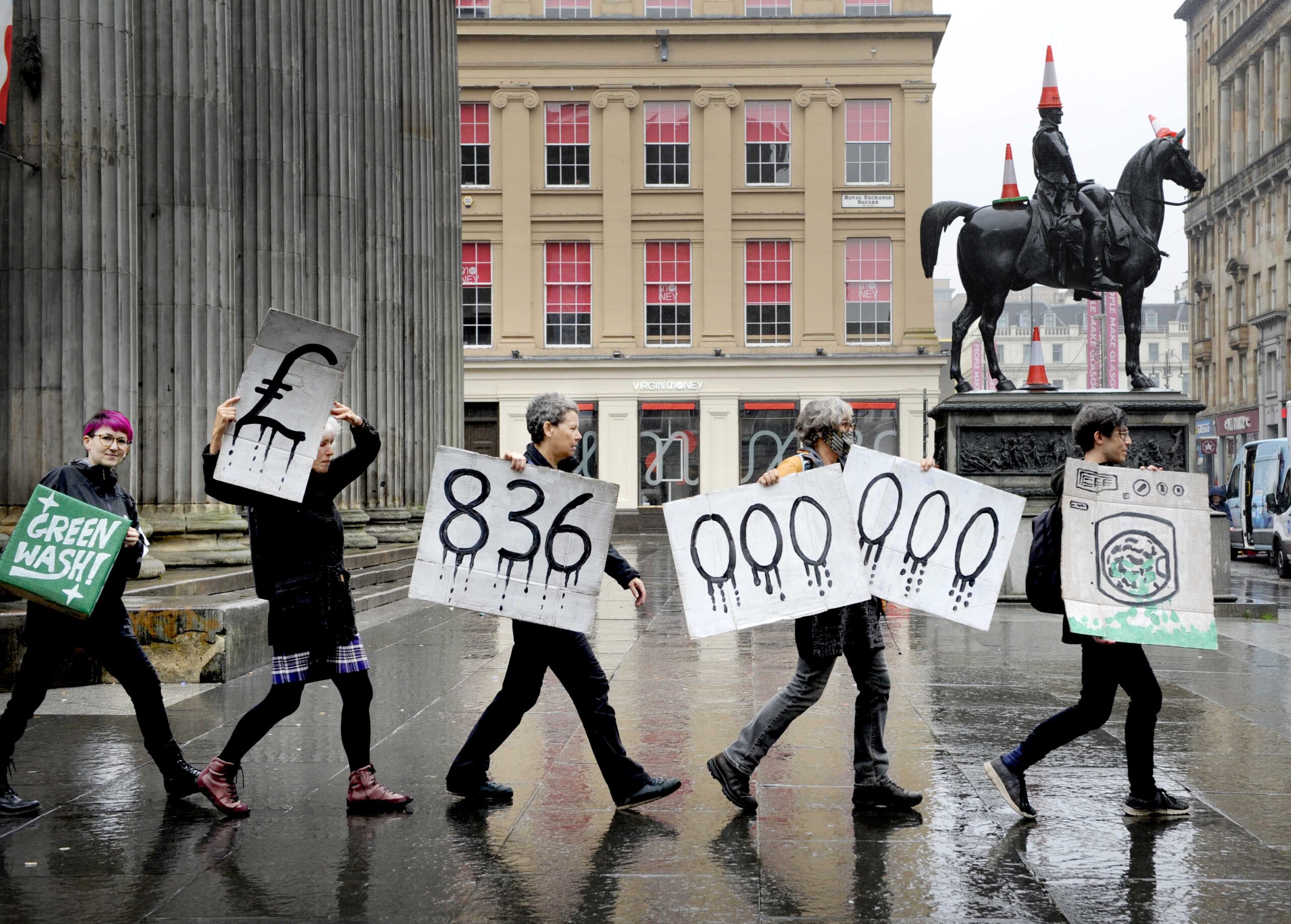 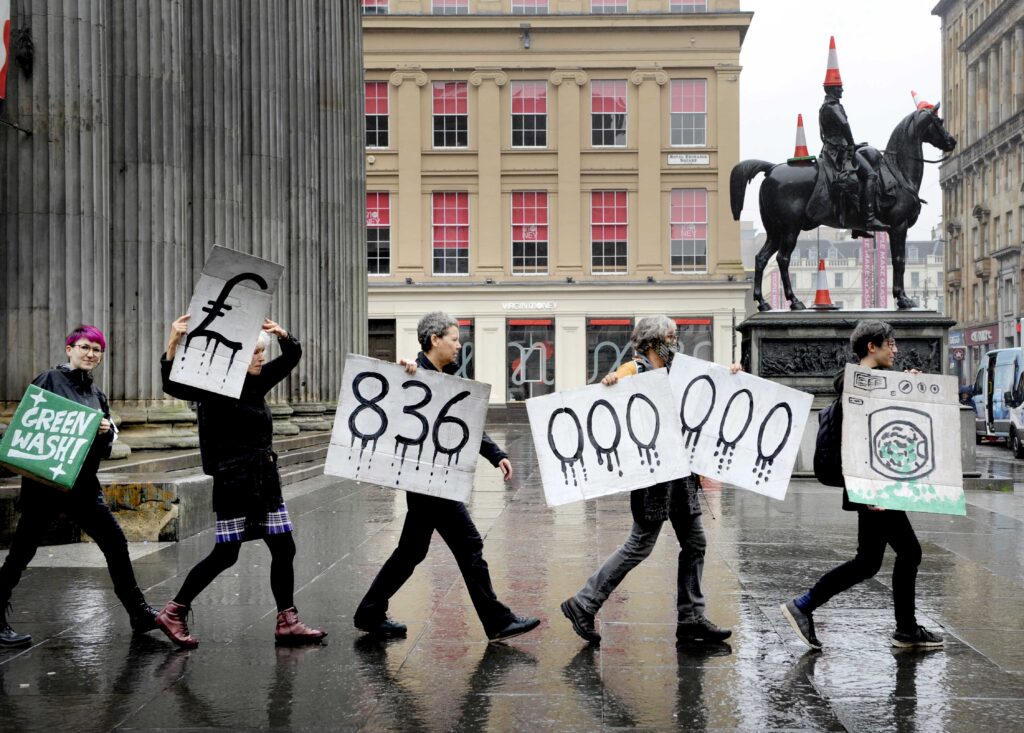 Glasgow City Council’s new investment policy has been met with strong criticism from campaigners, who say that the Council is banking on the failure of the UN climate talks it’s about to host.

Unless amended, the new policy is likely to see hundreds of millions of pounds of investments in fossil fuels retained indefinitely by the Strathclyde Pension Fund. (1)

The Strathclyde Pension Fund, which is run by Glasgow City Council, was asked to put in place a plan to divest from fossil fuel companies before the COP26 UN climate summit, taking place in Glasgow in November. On Wednesday the Pensions Committee is due to meet for the last time before COP26.

In their latest detailed assessment, Friends of the Earth Scotland estimated that the Strathclyde Pension Fund invests over £836 million in fossil fuel companies. The Fund’s own estimate put oil and gas investments at £316 million. (2) Either figure makes it the largest investment in climate polluters of any public fund in Scotland.

A rally was held to protest the investments on Monday 6th September outside Glasgow City Chambers (pictured). Free to use photos of the protest are available here.


Little of the proposed plan meets the demands laid before councillors in a joint letter last week from Friends of the Earth Scotland and Divest Strathclyde. (3)

* Sets the bar for continued investment in climate polluters so low that most major oil companies would likely be retained;

* No requirement to adhere to the UN Paris Treaty target to limit global heating to 1.5° or to the City Council’s own climate emergency plan;

* No references to specific figures, timescales, or deadlines, making it east for companies to obfuscate to avoid divestment;

* Lack of any commitment to transparency or consultation in the policy rollout;

* Policy is “in development” with no timescale for full adoption.

Despite being labelled as a fossil fuel divestment policy, the paper itself states that “most” of its current investments in energy companies would be retained after the policy is applied.

“Continuing to invest hundreds of millions in climate polluters is financial folly and morally repugnant. Fossil fuel companies can’t survive if we succeed in building a sustainable future. That also means that, unless this policy is radically altered, Glasgow will host the world’s climate crisis talks knowing it’s pension fund is banking on their failure.

“City Councillors do have the power to change course and invest sustainably. When the Pension Fund Committee scrutinises this proposal on Wednesday they should ask how the policy can be turned into something effective and meaningful, a contribution to climate action that Glasgow could be proud of.”

“We are frankly aghast that Strathclyde Pension Fund is still happy to pour hundreds of millions into financing the very companies who are driving the climate crisis and who are getting away with murder.  After years of the policy of ‘engagement’ practiced by the Fund, it is clear that this has made very little if any difference to the fossil fuel companies, who are even now planning to maximise the production of oil and gas in many places around the world while greenwashing their continued pollution and lobbying governments to prevent climate action.

“We want to see SPF put in place a real policy that will ensure they divest from these climate-destroying companies and reinvest in a sustainable future. We’ll be watching and holding them to account to make sure they don’t get away with this greenwashing.”