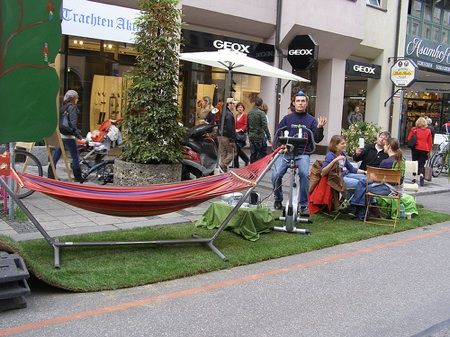 Environmental campaigners say that all councils in Scotland should be working to reduce the numbers of cars on the road, as people across the country celebrate Car Free Day.

Today (22 September) is Car Free Day – an annual event to highlight how neighbourhoods and communities could be improved with fewer vehicles on the road. Today and over the weekend, there’ll be events across Scotland as grassroots groups and councils try to raise awareness of the alternatives to car use.

To coincide with Car Free Day:

New research launched by the Clean Cities Campaign found that 62% of people support the idea of one car-free day a week, to open the streets to walking and cycling and improve air quality. If this was implemented in major European cities, it could save between 541 and 945 thousand barrels of oil per year.

The Scottish Government has pledged to reduce total car km travelled by 20% by 2030. A final plan will be published on how to achieve this before the end of the year.

“This Car Free Day, there’ll be street parties and bike rides and community-building activities that aren’t possible if our towns and cities are filled with cars. When we remove cars, like on streets that become pedestrianised, we open up public space for communities and businesses.

“The Scottish Government has committed to reducing car travel by 20%, but we’ve yet to see any detail on how they will deliver this. It’s clear that our cities should be limiting cars, opening up space for communities. A regular car free day in cities would be a great idea.”

Friends of the Earth Scotland estimate that 2500 people die early each year from air pollution in Scotland alone:
https://foe.scot/press-release/new-research-means-2500-deaths-a-year-in-scotland-are-from-air-pollution/