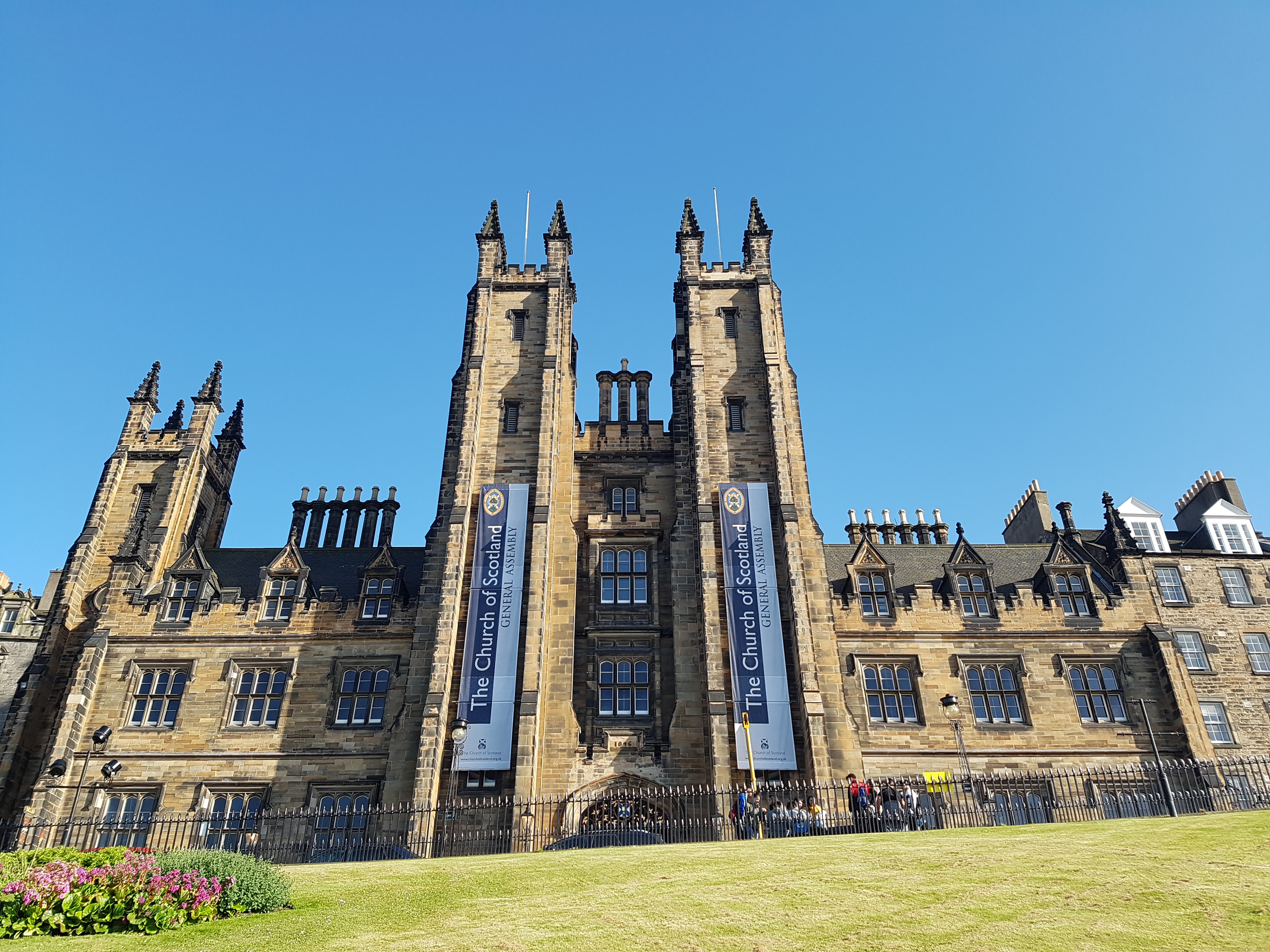 The Church of Scotland will debate on Wednesday just how far and fast the Kirk should go in divesting from companies driving climate change.

Officials have put forward a motion to the Church of Scotland General Assembly which says that, following an assessment, the Church should begin to divest from fossil fuel companies in 2020. The accompanying report says: “It is deeply uncomfortable for the church, as a caring organisation concerned about climate justice, to continue to invest in something which causes the very harm it seeks to alleviate.” (1)

However a grassroots motion will say the Church should begin divesting now.

The Reverend Jenny Adams supports more urgent action and has proposed a counter-motion to “withdraw from investing within two years.” (2)

The Church agreed in 2016 to engage with oil and gas companies for a two year period to see if they were taking sufficient action on climate change. (3) That period is now over.

“While I understand the Church wanting to change minds in the oil and gas industry, we have already given 2 years to engagement. With evidence of increased production, at a time when fossil fuels must stay in the ground to avoid climate catastrophe, we must now put our money where our mouth is and withdraw investments urgently.”

The Church’s investment fund is believed to be valued at £443 million. (4)

“Oil companies like BP and Shell have made business plans that will create catastrophic changes to our environment. They are expanding their operations while scientists tell us that the vast majority of existing fossil fuel reserves can’t be used. The pace of the climate crisis demands urgent action, the Church should begin divesting now.”

Within the last month, a group of Catholic organisations with combined investments of over €7 billion, including SCIAF in Scotland, committed to withdraw their investments from fossil fuel companies. The Church of Ireland also committed to end its investments in all fossil fuels less than two weeks ago.

On 19 April the Moderator of the Church of Scotland, the Right Rev Dr Derek Browning, joined other faith leaders in Scotland to call for the Scottish Government to make its forthcoming Climate Change Bill more ambitious (5).

Scotland’s campaign to divest from fossil fuels was launched in the Church of Scotland’s General Assembly Hall in 2013 at an event with US author and environmentalist Bill McKibben. Since then eight Scottish institutions have committed to fully divest from fossil fuels, including the Universities of Edinburgh and Glasgow, and the United Reformed Church Synod of Scotland.

This week brings significant attention to fossil fuel companies. On Monday the BP AGM in Manchester faced protests over the company’s operations in Argentina and Colombia (6). On Tuesday the Shell AGM in the Hague will face protests connected with legal action being taken by thousands of people in the Netherlands regarding the company’s contribution to climate change (7). 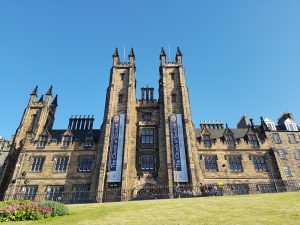 New College, Edinburgh, where the Church of Scotland General Assembly is being held this week. Click to enlarge. (Free to use photo by Ric Lander) 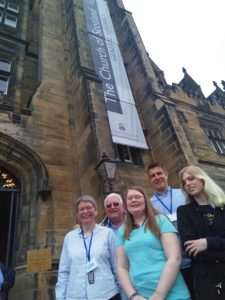 Rev Jenny Adams (first on left) with supporters of the counter motion, including members of the Church of Scotland National Youth Assembly.  Click to enlarge. (Free to use photo by James Buchanan)

3. The approved 2016 motion was to: “Instruct the Church and Society Council, in partnership with investors trust and pension trustees to engage with oil and gas companies, in which the Church has significant holdings, to establish their commitment to Meeting the UN climate change targets and to report back to the General Assembly of 2018.” (http://www.churchofscotland.org.uk/__data/assets/pdf_file/0019/32509/2016_Blue_book.pdf)

4. According to the Times the Church of Scotland’s investment fund is valued at £443 million. It is not known how much of this is currently invested in fossil fuels. (Source: https://www.thetimes.co.uk/article/church-fund-urged-to-drop-oil-vt3wbl7wc)

8. The Church of Scotland General Assembly runs from 19 to 25 May in Edinburgh. Motions on fossil fuel divestment will form part of the Church and Society Deliverance, which will be debated on Wednesday 23 May: https://www.gapublications.co.uk/docs/17_Report-of-Church-and-Society.pdf

9. Worldwide, $6.1 trillion (£4.5 trillion) has been divested from fossil fuels by more than 880 organisations, including faith organisations, universities, local councils and charitable trusts.

10. Friends of the Earth Scotland is
* Scotland’s leading environmental campaigning organisation
* An independent Scottish charity with a network of thousands of supporters and active local groups across Scotland
* Part of the largest grassroots environmental network in the world, uniting over 2 million supporters, 75 national member groups, and some 5,000 local activist groups. www.foe.scot

11. Operation Noah is a Christian charity working with the Church to inspire action on climate change. http://operationnoah.org