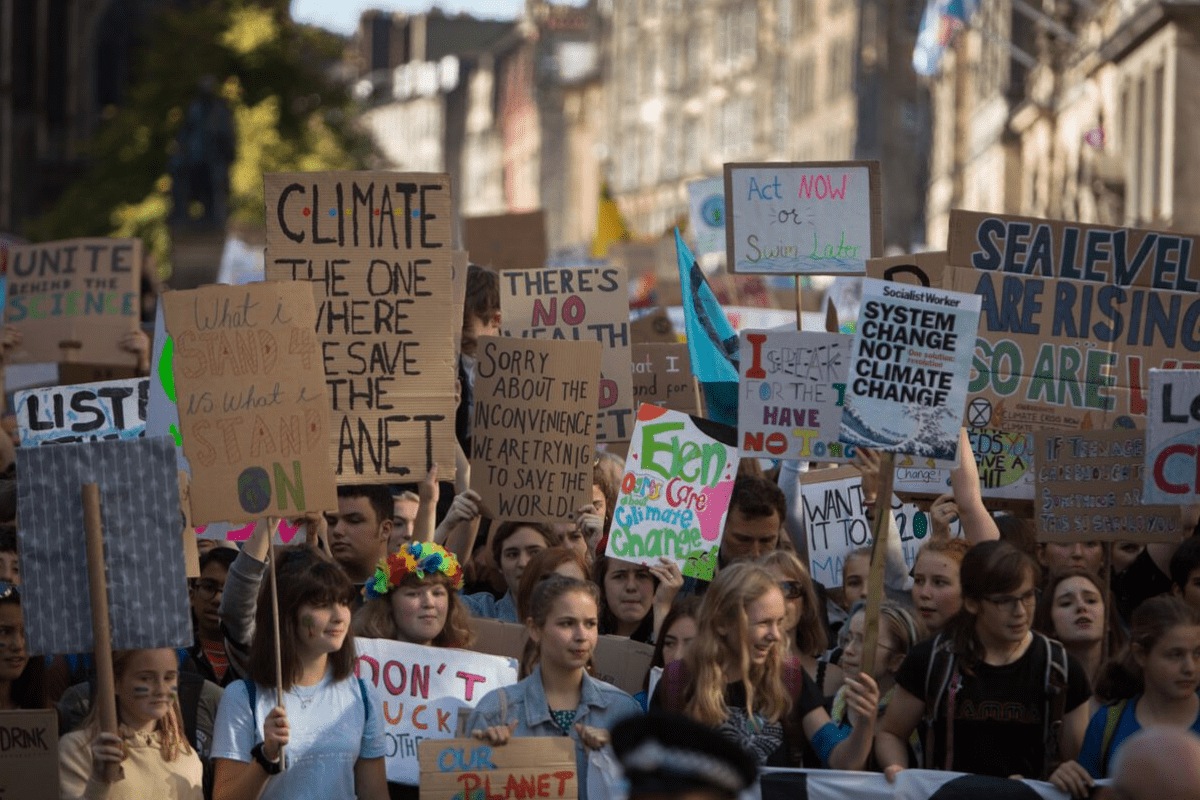 Today (Sunday 20 September) marks one year since the 2019 Climate Strikes, the largest climate protest in Scottish history. Over 40,000 children and adults took to the streets to demand increased action from Governments to reduce emissions in line with climate science. Businesses and charities declared their support for the strikes and urged staff to join in.

The protests delivered immediate results with the Scottish Government bowing to public pressure and increasing their 2030 climate target in the Climate Bill just five days later.

The protests were part of a global week of action spearheaded by Greta Thunberg and the Fridays for Future school strike movement. It is thought that over 4 million people joined rallies in over 4,500 locations across the planet on the Friday.

Results from the 2019 Scotish Household Survey this week showed 68% of adults agreed that climate change was an immediate and urgent problem.

Photos of last year’s strike in Edinburgh available at: https://flic.kr/s/aHsmHafNLD

“Last September’s climate strike is unforgettable. The atmosphere was electric as tens of thousands of people came together on the streets to protest government inaction on climate change and push for change. Collectively we succeeded in pressuring the Scottish Government to increase their climate commitments.

“Although covid restrictions mean we can’t come together in the same way at the minute, we must remember that all of those people still care and that public pressure for the government to act on climate and deliver a green recovery is high.

“Building people power is how we will create the fairer, greener society we need, one powered by renewables, where our homes are warm, our journeys are safe and our jobs do not damage our environment.

“The school strike movement was, and is, so strong because they are fighting for their future and for a liveable planet for their peers around the world. We only have to look at wildfires in California or landslips in Scotland to know that this is only becoming more urgent.

“Coronavirus has shown us what an emergency response, guided by the best scientific evidence, really looks like. When will we see a similar commitment to the Climate Emergency?

“One year on, we still see Governments handing out licences for companies to look for more climate-wrecking oil and gas, politicians arguing for bigger roads and a desire to return to the normal that was destroying the planet. Instead we need a recovery that urgently creates good green jobs, speeds the transition away from fossil fuels and protects the most vulnerable.”
ENDS