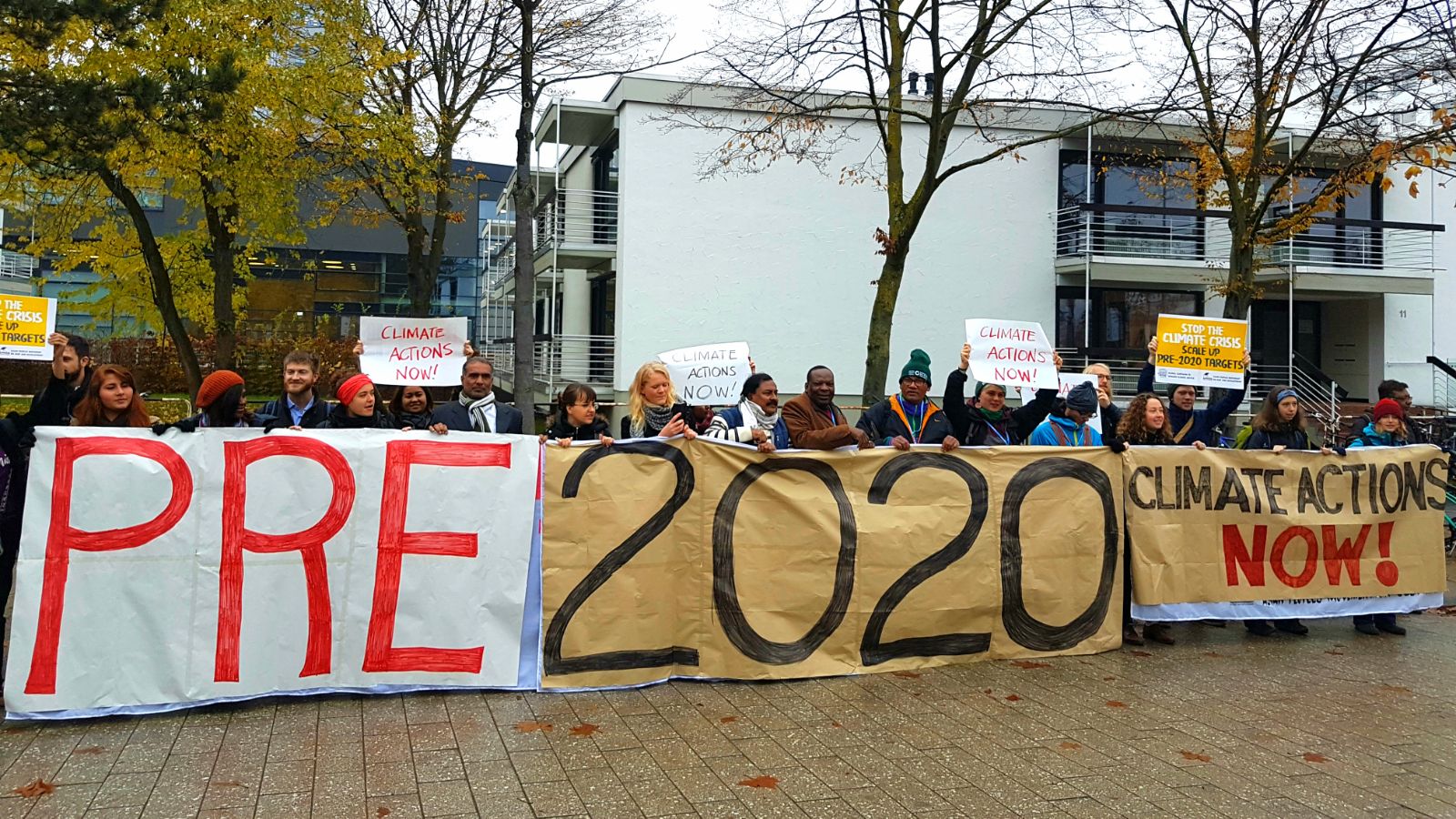 On the final day of the 23rd UN climate talks in Bonn, Friends of the Earth Scotland Head of Campaigns Mary Church said:

“Rich nations are failing to deliver on their fine words and promises, as the fight against catastrophic climate change becomes ever more urgent. This latest round of UN talks has seen wealthy industrialised nations block progress on providing support to countries most vulnerable to the impacts of climate change adapt to a warming world, and compensation for homes, livelihoods and even entire countries destroyed by its impacts.

“At only 1 degree of warming we are already seeing devastating climate impacts, with the last year a terrifying insight into what’s to come if we don’t act now. Pledges under the Paris Agreement put us on track for an unthinkable 3 to 4 degrees warming, but instead of working out how to plug the emissions gap, countries of the global north who have taken the climate to the brink are continuing to pursue dirty fossil fuels.

“While world leaders continue to resist progress, a growing people’s movement for climate justice is fighting this hypocrisy and starting to turn the tide. All over the world people power is winning bans against fracking, resisting nuclear, coal, gas and other forms of dirty energy, and working to build a better future.”

“As one of the first countries to propose climate legislation after the Paris Agreement, Scotland once again has the chance to show real leadership. We urge the Scottish Government to listen to climate impacted peoples and set targets that reflect our fair share of global efforts. For Scotland that means at least 77% emissions reduction by 2030, and zero emissions by 2040.

“We welcome Nicola Sturgeon’s strong acknowledgement of the overwhelming moral responsibility to tackle the climate crisis in her address to the UN talks. We are heartened by the many climate-friendly announcements in the recent programme for government, and see this as a critical turning point in history if we can together put words into actions.

“The recently announced Just Transition Commission is a key opportunity to lead by example, by providing a forum for social dialogue around the systemic changes that must happen if we are to deliver on our climate obligations. The Commission can play a critical role in ensuring that no-one is left behind as we move to a zero-carbon economy, building a fairer and more equal Scotland.”

Check out our regular blogs from the UN climate talks

1. Mary Church has spent the past two weeks at the UN climate talks in Bonn, and is available for interview

2. First Minister spoke at the UN climate conference and met with campaigners from around the world. Read her speech: https://www.snp.org/first_minister_nicola_sturgeon_speech_to_the_un_climate_change_conference_in_bonn

3. For print quality images from the UN climate talks: www.flickr.com/photos/foei/

4. Friends of the Earth Scotland is urging the Government to:
• Set a target of zero greenhouse gas emissions by 2040, and a reduction of 77% by 2030
• Ensure that future finance budgets are consistent with our climate targets
• Commit to actions that cut emissions and deliver a cleaner, healthier, more prosperous Scotland by:
– Making all homes efficient and warm: Ensure that all homes have at least Energy Performance Rating ‘C’ by 2025.
– Greener farming: Set a nitrogen budget for Scotland by 2020.

5. Friends of the Earth Scotland is:
* Scotland’s leading environmental campaigning organisation
* An independent Scottish charity with a network of thousands of supporters and active local groups across Scotland
* Part of the largest grassroots environmental network in the world, uniting over 2 million supporters, 75 national member groups, and some 5,000 local activist groups.