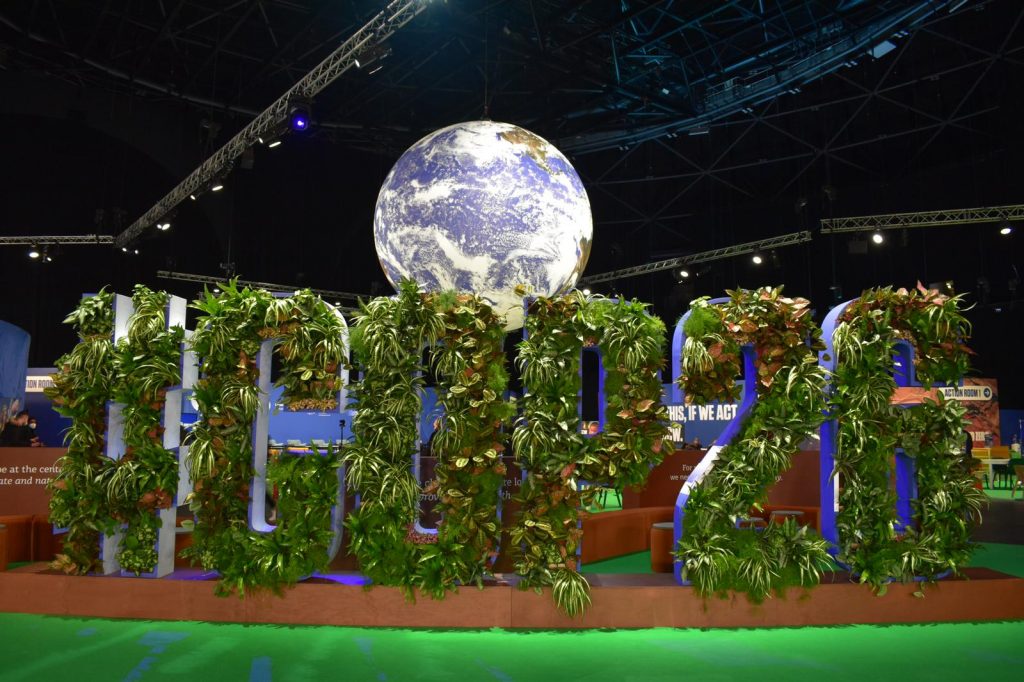 COP26 opens today (31/10/21) amid concerns about the legitimacy of the process as many of those most impacted by the climate crisis are excluded due to unequal roll out of COVID-19 vaccine, visa barriers and the accommodation crisis in Glasgow.

The UK Presidency is downplaying expectations of a successful outcome and facing criticism for its lack of robust climate leadership.

COP26 will give a boost to Scotland’s surging climate movement that this week helped force the Scottish Government to go further on oil and gas. The First Minister announced that the Government no longer supported unlimited drilling for oil and gas in the North Sea.

On exclusion, Dipti Bhatnagar, Climate Justice & Energy co-coordinator for Friends of the Earth International who cannot travel to Glasgow and will stay in Mozambique said:

“The UK is on course to deliver the most exclusionary COP ever, pushing ahead with the summit while Covid-19 still ravages and so many people can’t get a vaccine or visa, and are priced out of accommodation. The chaotic and last minute nature of plans to help support participation from overseas are too little too late for many delegates from global south countries. It is hard to see how COP26’s outcomes could be considered fair and legitimate with those on the frontline of climate impacts unable to make their voices heard in the streets of Glasgow and in the halls of the COP.”

“Six years on from the Paris Agreement and the world is hurtling ever closer to climate catastrophe. For COP26 to turn this around, rich nations and big polluters must urgently step up to their fair share of climate action, with concrete plans to bring emissions down steeply over the next decade and pay their debt to the countries bearing the brunt of climate change.

“Instead, big historical polluters, including the UK, are doing everything they can to avoid taking real responsibility for the climate crisis they have created, pushing false solutions of risky and unproven technologies and making distant ‘net zero’ pledges that kick action into the long grass.”

On the UK Presidency:

“Far from showing leadership as COP president, the UK Government is making a mockery of the climate emergency. Being way off meeting its inadequate targets, having cut overseas development aid and slashed aviation taxes, and poised to greenlight the Cambo oil field and new coal in Cumbria, is no way to build trust amongst the world nations coming together in Glasgow.”

“Having missed three years of climate targets in a row, the Scottish Government must urgently come up with a robust and credible plan to get back on track and end its reliance on fantasy techno-fixes to avoid making difficult decisions.

“Ministers must build on the welcome shift in position on squeezing every last drop of oil and gas from the North Sea, by joining the campaign to stop Cambo, supporting a ban on new fossil fuel projects, and turning rhetoric on just transition for workers and communities into reality.”

Divestment Day of Action
UK Divest is supporting groups to run a series of grassroots-organised events taking place across the UK to coincide with COP26. Glasgow will see a 1970’s themed Divest Disco-bedience

Press opening: “From Scotland to Sarawak” photography exhibition
19.00-21.00, Tramway arts venue. To attend, please email climateexhibition@foe.co.uk.
The exhibition then runs from 5 to 12 November.

Global Day of Action for Climate Justice – March through the city
11.30 meeting in Kelvingrove Park https://actionnetwork.org/events/glasgow-global-day-of-action-for-climate-justice-6th-nov

Event: “How to sue a company like Shell”
Friends of the Earth Netherlands (Milieudefensie) host a talk on their groundbreaking climate case and the potential of climate litigation.
16.45-18.00, COP26 Blue Zone Multimedia Studio 3

4 days of events featuring online and in person discussions by the global climate justice movement. Talks will explore the causes of and solutions to the climate crisis bringing together campaigners and experts from around the world. City centre venues. https://cop26coalition.org/peoples-summit/

Launch: “If it’s not feminist, it’s not just” booklet
Bringing together women’s voices, analysis and contributions for the just energy transition around the world.
Online and press launch. Printed copies available at the Just Transition Hub.

2-3pm
Urgency of Climate Just Actions: Voices from the Most Impacted
Join representatives from some of the most impacted communities- small scale artisanal fishworkers, workers from the informal sectors of economy, people seeing the severe impacts on mountain communities will bring up this urgency through their recent experiences. Renfield Centre, 260 Bath Street, G2 4JP

Transport Day will see a protest in George Square from 9am to demand better public transport. Organised by Get Glasgow Moving and others

Other events will be added to https://foe.scot/events/

Climate campaigners have welcomed the news that the Scottish Government has ended their support for unlimited oil and gas drilling. https://foe.scot/press-release/scottish-government-to-end-their-support-for-drilling-every-last-drop-of-oil/