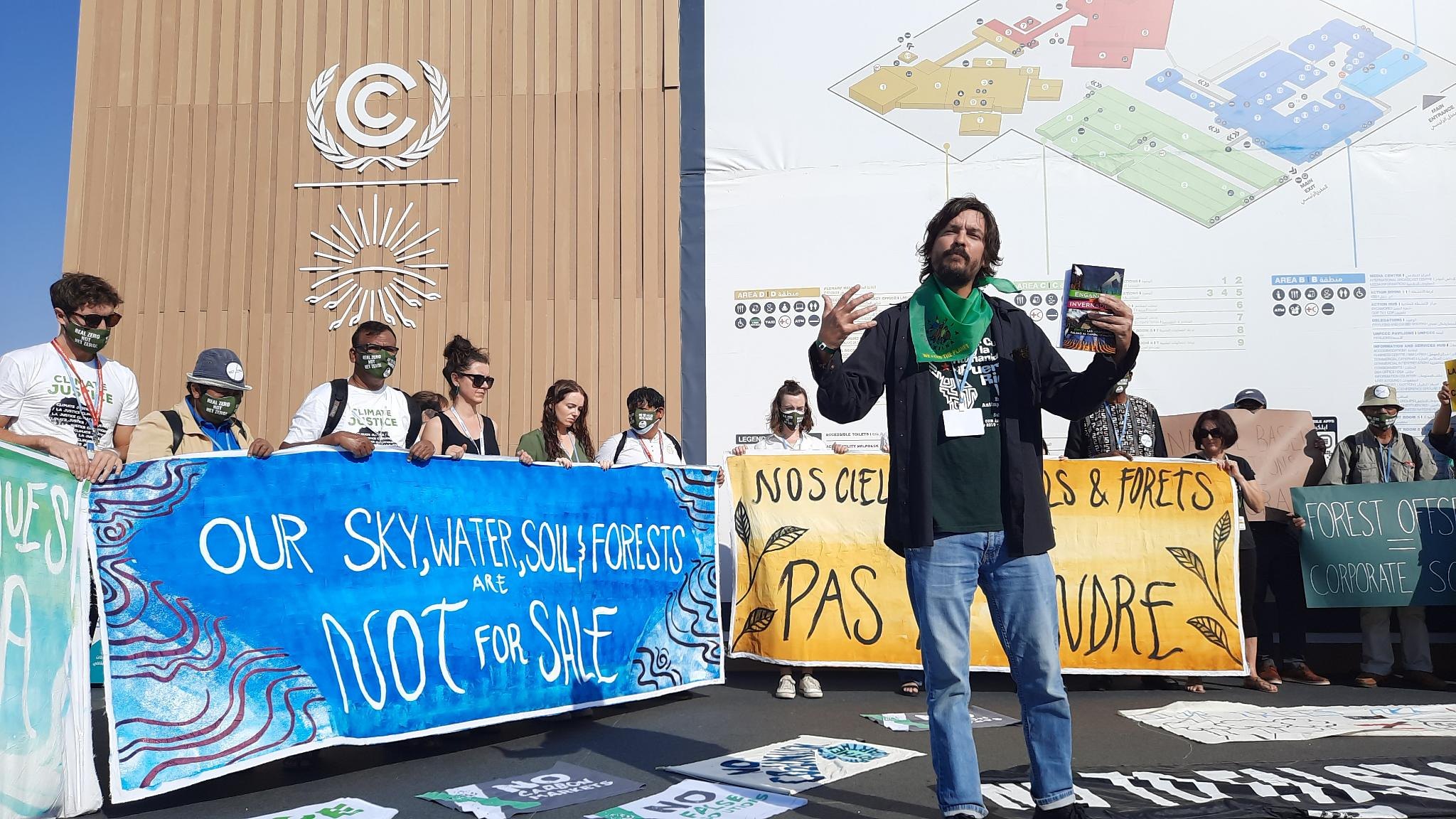 As the UN Climate Conference, COP27, draws to a close in Sharm El-Sheikh, Egypt, many of the most continuous issues remain unresolved, or will be delayed to a future summit. The negotiations, which are due to close today, are expected to run into overtime.

“As we race towards climate breakdown, once again we are seeing rich countries trying to evade their responsibility to step up and do their fair share of climate action.

“As extreme weather events wreak havoc around the world, the UK and US are parroting the mantra of keeping 1.5°C alive while doing exactly the opposite by continuing to expand damaging fossil fuel projects. They are failing to stump up the climate finance they owe and Global South countries need to adapt to and recover from the impacts of global heating.

“Big polluters who brought the climate to the brink of breakdown are cynically bargaining away the future of people and planet in order to eek out a few extra years of profits from business-as-usual, by pushing dangerous fantasy techno-fixes and human rights trashing nature-fixes.

“Nothing short of a complete transformation of our economic system and phase out of fossil fuels is needed to avoid complete climate breakdown. World leaders lack the political will to take the necessary action, but people everywhere are rising up and fighting dirty energy projects and putting in place the real, community based solutions which can deliver climate justice.

“There can be no climate justice without human rights, and we stand in solidarity with British citizen Alaa And-El Fattah and all prisoners of conscience. The UK Government has failed to use its abundant leverage with the Egyptian Government to secure Alaa’s release. The spotlight must not move on when COP27 is over. We will not forget you.”

Analysis of what has happened around the COP27 negotiations:

Global South countries have made finance for Loss and Damage, or the now unavoidable impacts of climate change, a top priority at COP27, as extreme weather events, exacerbated by global heating, wreak havoc around the world.

Rich, historical polluters are pitting calls for urgently needed Loss and Damage finance against meeting the critical 1.5°C target, and attempting to strip the Paris Agreement goal of an equitable approach that would see Global North countries required to do their fair share of emissions cuts and finance.

Announcements of Loss & Damage funding by Global North countries during COP27 have attracted attention and given the impression of movement on this intractable issue. However, analysis shows that most of the pledges are simply repackaging of existing climate finance commitments and are directed towards early warning systems and the Global Shield insurance scheme championed by Germany, rather than badly needed public funding in response to both disasters and slow onset loss and damage, including those of a non-economic nature. This has led to accusations of ‘Loss and Damage washing’.

Meanwhile the question of whether dangerous emissions avoidance and removals schemes would be counted towards mitigation efforts under plans for carbon markets is likely to be delayed to future summits. The highly controversial issue of whether carbon markets would be allowed under the Paris Agreement was settled last year in Glasgow, however substantial issues remain unresolved.

Carbon markets allow polluters to continue emitting greenhouse gases, for a price, either through trading or offsetting (paying someone else to cut their emissions). With no top-down, science or justice based targets in the Paris Agreement carbon markets are simply unworkable and a major distraction from real solutions to cutting emissions.

Horse trading in the final hours may result in the phase down or out of all fossil fuels being cited in the President’s cover decision (the equivalent of the Glasgow Pact), which would be progress on last year’s decision to phase down coal only. However the likely caveat of ‘unabated’, which allows for fossil fuels to go ahead with only the promise that e.g. they will be ‘carbon capture and storage ready’ would seriously temper this win.

The US has the second biggest fossil fuel expansion plans in the world (after Saudi Arabia), while the UK is pushing a new licensing round that could see a hundred new licences for North Sea oil and gas extraction issued.

COP27 has been held against the backdrop of shrinking civil society space globally, and the Egyptian Government’s highly repressive regime which has arbitrarily detained and tortured thousands.

Climate justice groups have been vocal in their solidarity with Egyptian prisoners of conscience including high profile hunger striker, British citizen Alaa Abd El-Fattah. The UK Government has failed to prioritise securing Alaa’s release, and he remains in a highly precarious situation.

The latest version of the cover decision can be found at https://unfccc.int/sites/default/files/resource/1CMA4_1CMP17_1COP27_preliminary_draft_text.pdf?download

Analysis of Loss & Damage pledges can be found at https://twitter.com/Josh_Gabbatiss/status/1592525525050077184 and  https://www.lossanddamagecollaboration.org/pages/festival-of-pledges-for-loss-damage-are-they-new-and-additional-and-do-they-meet-the-needs-on-the-ground

Emissions avoidance is a form of offsetting where parties can sell carbon credits for a theoretical emissions producing activity, like building a coal power station or cutting down a forest, that they decided not to do. Emissions removals include engineering fixes ranging from unreliable and costly carbon capture and storage to uncontrollable experiments with nature such as solar radiation management, as well as so-called nature based solutions which are linked to land grabbing and human rights abuses.

For a more in depth analysis see Friends of the Earth International’s briefing on False Solutions at COP27 https://www.foei.org/wp-content/uploads/2022/10/COP27-Whats-at-stake-regarding-false-solutions__ONLINE.pdf

The UK launched a new offshore licensing round in October 2022 https://www.nstauthority.co.uk/news-publications/news/2022/nsta-launches-33rd-offshore-oil-and-gas-licensing-round/