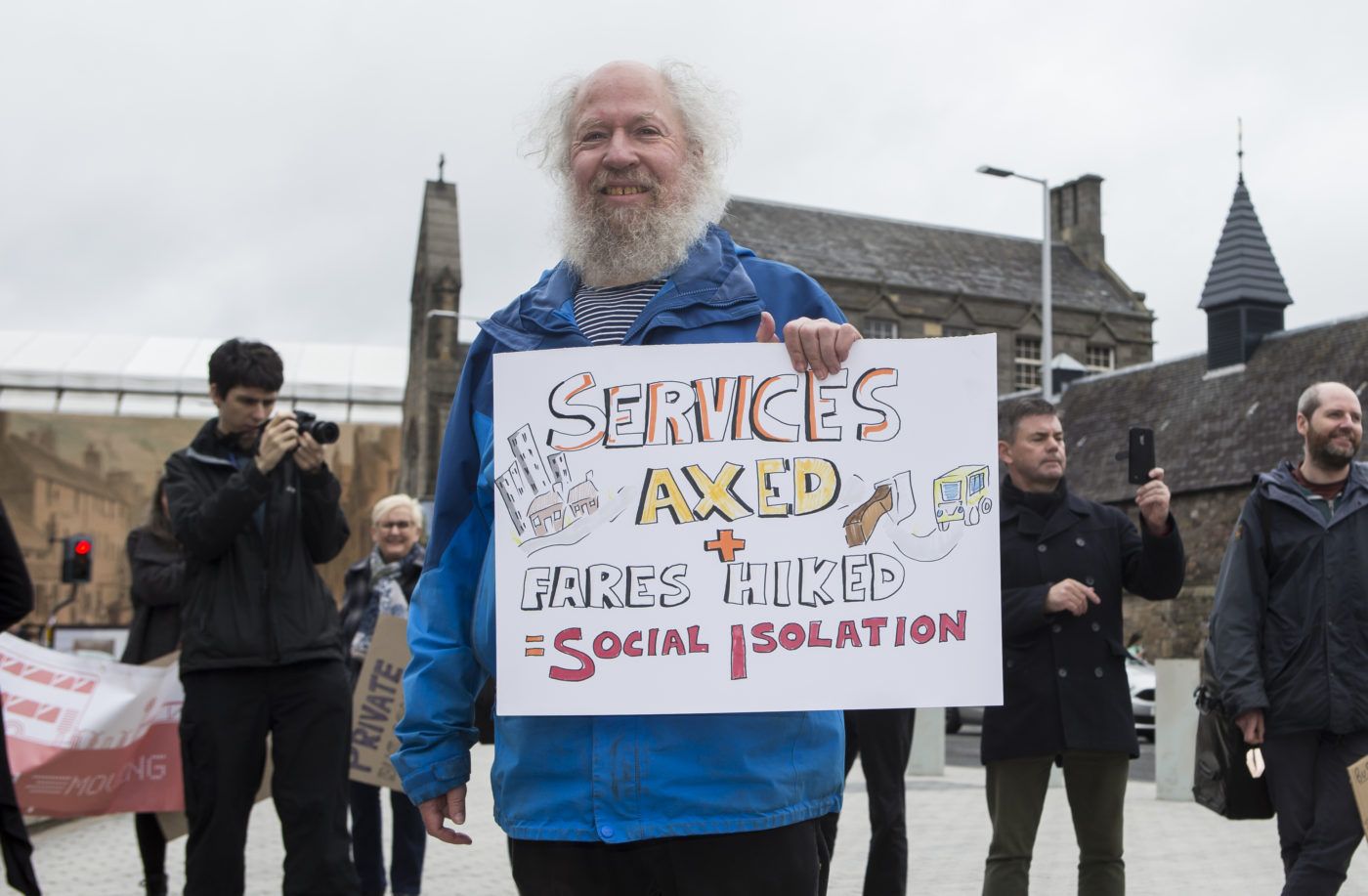 Councils to be given powers to set up bus companies

Campaigners praised a move that could deliver a step-change in public transport, as councils were given the powers to run their own bus services in competition with private operators. On Wednesday morning, the Scottish Parliament’s Rural Economy Economy and Connectivity Committee passed two amendments during Stage 2 of the Transport Bill.

The first amendment, tabled Scottish Labour, will allow every council to run bus services. The second, by the Scottish Government, will allow councils to set up arms length bus companies, like the Lothian Buses example. Both received support from public transport campaigners.

“This is a great step forward for public transport in Scotland. Private bus operators have failed in many areas of the country, leaving us with declining bus passenger numbers, ever-increasing fares, and a fragmented network that serves company greed rather than community needs. Giving Councils the powers to run their own buses allows us to re-imagine what our public transport should look like.

“This is just the first step. Councils will need support and funding in order to deliver the much-needed improvements in our transport system. Scotland currently spends billions on new roads every year, favouring car drivers but only making tiny gains in journey times. Public cash for pointless new roads should be diverted to public transport, to help Councils set up comprehensive, affordable networks that can benefit everyone.”

“By increasing bus use we can cut air pollution and congestion, reduce climate emissions, and make our towns and cities better places to spend time. We hope Councils will look carefully at these new powers and work with Government to boost bus routes and passenger numbers in their areas.

“This is a huge chance to get the public transport system that passengers want. A publicly-owned bus company for Glasgow could start taking over routes one-by-one, and use profits from busy routes to reinstate essential bus services axed by First and Stagecoach.”

“Buses are vital public services, which provide both social and environmental goods. They are not a ‘market’ and should not ‘compete’ with trains, Subway, trams or other forms of sustainable transport. These new powers are fantastic and now we need the investment to follow, that would provide a comprehensive, integrated network so that everyone can get where they need to go easily and cheaply and with the lowest environmental impact.”

5. Get Glasgow Moving is the campaign for a world-class, fully-integrated & accessible, publicly-owned, public transport network for everyone in Glasgow. http://www.getglasgowmoving.org