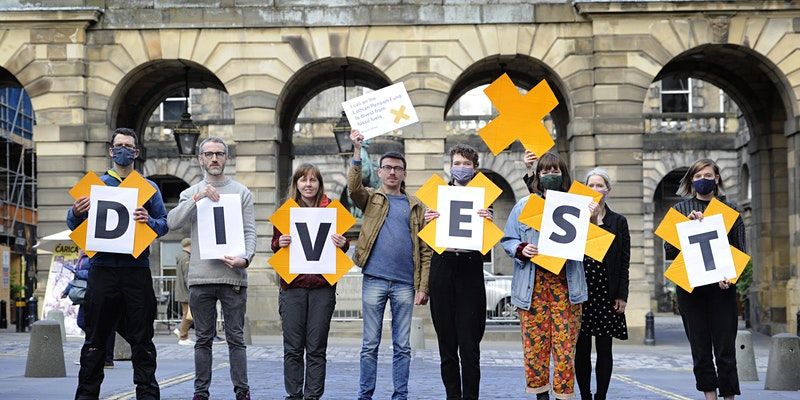 Climate campaigners have welcomed East Lothian Council’s decision today (25 October) to pass a motion calling on the Lothian Pension Fund to end its investments in fossil fuel companies that are driving the climate crisis.

The motion, tabled by Green councillor, Shona McIntosh, and seconded by Scottish Labour councillor Brooke Ritchie, calls on the Lothian Pension Fund to act immediately to remove its investments from fossil fuel companies. It says the fund should produce an annual report on its fossil fuel investments and a clear strategy to divest from coal, oil and gas companies.

Councillors voted unanimously in favour of the motion.

The Lothian Pension Fund, administered by The City of Edinburgh Council, invests an estimated £229 million in fossil fuel companies which are driving climate breakdown, including BP, Shell, ExxonMobil and Equinor.

Oil giant Equinor is currently planning to develop the Rosebank oilfield to the west of Shetland – the largest undeveloped oil and gas field in the UK which contains over 500 million barrels of oil.

Kate Smith, Divest Lothian campaigner from East Lothian, said: ‘’I am absolutely delighted with the outcome of today’s motion. Ending the use of fossil fuels is essential to slowing down the effects of climate change. As a resident of East Lothian I’m proud to see the members of my council, from all parties, working together to lead by example. The more councils that publicly support this issue, and the more investors are held to account, the greater our chances of achieving a sustainable and economically secure future.”

Sally Clark, divestment campaigner at Friends of the Earth Scotland, said: “It is extremely encouraging that councillors in East Lothian Council have voted to support ending the Lothian Pension Fund’s investments in fossil fuel companies like BP, Shell and Equinor.

“Pensions are for our future security and climate change is one of the biggest threats to that security. Having a financial stake in fossil fuel companies presents a huge conflict of interest for anyone making decisions related to the climate.

“We now need the Lothian Pension Fund to listen to councillors and commit to ending its fossil fuel investments.”

The Lothian Pension Fund is the second largest local government pension scheme in Scotland and administers the pension funds of over 92,000 members from four local authorities in the Lothians. The pension fund also manages the pensions of 90 employers, including Scottish Water, Edinburgh Napier University, VisitScotland and Heriot-Watt University.

The motion from East Lothian councillors comes as part of a global push to divest money from fossil fuels. To date, 1,552 institutions worth $40.50 trillion have committed to divest, including the Welsh Parliament, the London Boroughs of Islington and Lambeth, Cardiff Council, and 99 UK universities including those of Edinburgh, Glasgow and Aberdeen.

East Lothian Green Councillor Shona McIntosh (Musselburgh) said: ‘‘I am delighted to have been able to work with my Labour colleagues to bring forward this formal request to the Lothian Pension Fund that they stop investing in fossil fuels. The transition to a fossil-free economy is already underway and it needs to be realised as quickly as possible to provide security, prosperity and wellbeing for Pension Fund members and indeed, people all over the planet. Investment funds have the ability to be key drivers of net zero, and I believe that most pension fund members, if they were asked, would say they want their money to be used for good in this way.’

East Lothian Labour Councillor Brooke Ritchie (Preston, Seton & Gosford) said: “I think we can all agree that the climate crisis is not just a future problem but one we need to act on now, so I am excited to be seconding this motion on divestment that is calling for action. We need a swift and just transition toward green energy, net-zero, and a greener economy, and this is a small step we can make towards that.”

Councillor Lyn Jardine, Leader of SNP Group in East Lothian Council (Dunbar and East Linton), said: “East Lothian SNP Group backs the call for the Lothian Pension Fund to divest from companies that profit from biosphere damaging activities. Not only is this the right thing to do in terms of mitigating climate collapse, but it is also providing a stable and secure footing for the second largest local government pension fund in the future.”

– To date, 99 UK universities have made commitments to pursue fossil fuel divestment