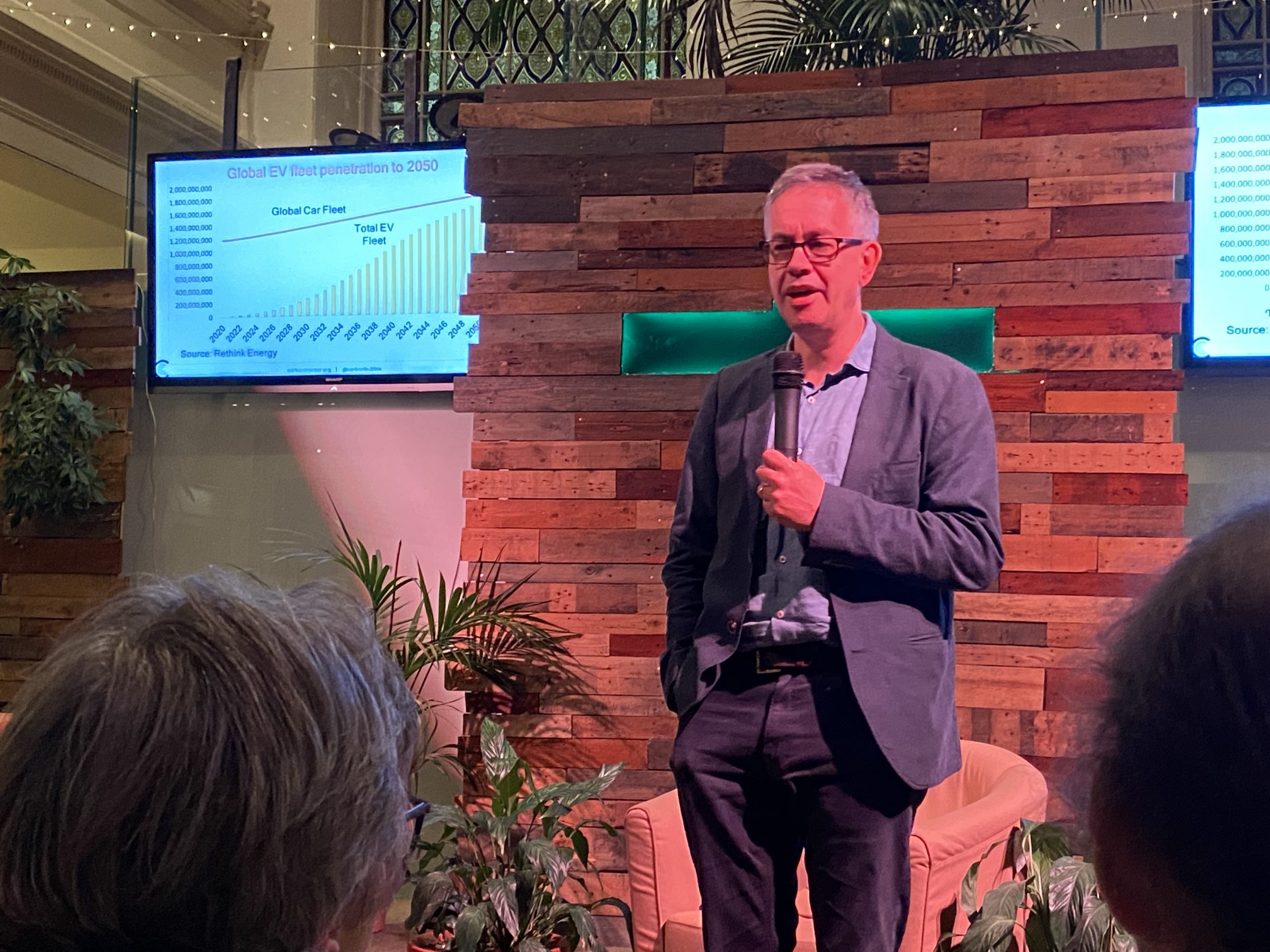 Strathclyde Pension Fund is run by Glasgow City Council on behalf of 250,000 people in Glasgow and the West of Scotland, including all 11 councils in the region. The most recent independent estimate found that it has £836 million invested in fossil fuel companies, including Shell, Equinor, TotalEnergies and BP.

Glasgow City councillors voted to support divestment from fossil fuel companies in April last year, but the Strathclyde Pension Fund has so far failed to sell any shares in these companies. In September this year, South Lanarkshire Council voted to push them to divest.

Mark Campanale is the founder of the Carbon Tracker Initiative, a non-profit think tank which carries out in-depth analysis on the impact of the energy transition on capital markets. Speaking at an event in Glasgow last night (31 October), he said:

“Exponential energy change is all around us – electric cars are becoming cheaper, as is heatsource energy for our homes and the whole renewables industry. Even if it wasn’t for the climate crisis, we’d be transitioning away from oil and gas. Demand for fossil fuels is going to collapse. What has happened to coal power use in the UK, which has virtually disappeared, will also happen to oil and gas.

“One of the jobs of Strathclyde Pension Fund is to make sure the scheme doesn’t lose money. The current period of profit for fossil fuel companies is a short period of supply and demand mismatch, and we won’t see this continue. The Ukraine war is driving consumers towards low cost alternatives such as renewables, which are growing exponentially. Against this backdrop, investing in fossil fuel companies looking to expand is a hugely risky investment and If they’re expecting further growth in the long term, I think they’re wrong.”

“Councils must play their part in protecting the long-term future of their employees by ending their support for gas, coal and oil, and investing in building a cleaner, safer future for us all.

“The money moved away from fossil fuels could instead be invested in ways that support local communities and protect the planet for everyone, like renewable energy. As skyrocketing energy bills are plunging millions of people into fuel poverty across the UK, this transition is more important than ever.”

Divest Strathclyde is the campaign to get the Strathclyde Pension Fund to drop investments in fossil fuel companies and other big polluters, and re-invest the money in ethical and sustainable alternatives.

Carbon Tracker is an independent financial think tank that carries out in-depth analysis on the impact of the energy transition on capital markets and the potential investment in high-cost, carbon-intensive fossil fuels.